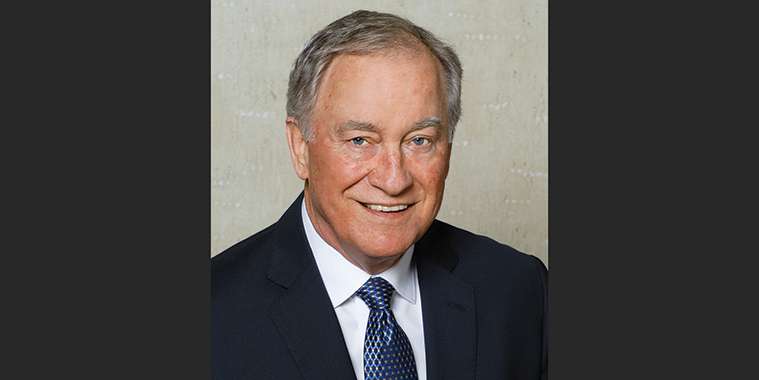 The pandemic has affected every aspect of our lives, from how we look for a new home to how we work. Simple face-to-face meetings are no longer possible, and even the Political Action Committee event (PAC) held on October 5 had to go virtual.

As one of Canada’s largest single-industry associations, Canadian Real Estate Association (CREA) hosts this annual PAC event to bring REALTORS® from across the country together to speak to federal MPs in a collective and unified voice on issues which matter to REALTORS® and homeowners alike. REALTORS® constantly advocate about issues that affect our local housing markets and what policies we believe can promote a vibrant and sustainable real estate industry. PAC has been hosted by CREA for over 30 years, and this is the first time it was facilitated online. Although held virtually, with an abbreviated program, it was no less impactful or effective.

The three recommendations put forward this year are a change from the past few years as they focused on housing’s place in the post-pandemic economic recovery. The federal budget last year was coined “the housing budget” as CREA’s advocacy efforts paid off by getting an increase in the Home Buyers’ Plan (HBP) ceiling from $25,000 to $35,000, and allowing people going through a marital split to access their RRSPs to buy a home. The federal government also introduced the First Time Home Buyer Incentive — a shared equity program with CMHC contributing 5% of the down payment for an existing home and 10% for a new home (with total borrowing no greater than 4 times your annual income which cannot be greater than $120,000).

Given how a number of real estate markets prior to the pandemic were already facing acute housing supply issues, with lack of inventory heightened further in the last few months with unprecedented demand for housing, CREA’s first recommendation is for the federal government to create more homes across the entire housing spectrum — market and non-market alike.

The issue of the broader housing spectrum is not unfamiliar to WinnipegREALTORS®. We were very successful in advocating in 2011 for the provincial government to address a lack of rental housing which was creating all sorts of issues, including causing double-digit house price increases in the resale market. The result of these efforts was the creation of a provincial rental housing supply round table which REALTOR® Member Mel Boisvert co-chaired with former Housing Minister Kerri Irvin-Ross.

Many good recommendations were brought forward the following year, with some being implemented to help increase construction of new rental units. As a result of this significant effort, WinnipegREALTORS® was asked to give their input on the housing supply working group as part of the United Way’s set-up of End Homelessness Winnipeg in 2014.

For significant stimulus to create additional housing stock, CREA has specifically recommended a property conversion program be created for repurposing distressed hotels, office buildings and storefronts as a key pillar of this housing stimulus program. A repurposed building could be set up in such a way as to house our homeless in Winnipeg.

CREA’s second recommendation in seeking to create more housing supply is by strongly encouraging the federal government to make housing development part of any infrastructure bilateral agreements (e.g. support for sewers and public transportation) that they have with the provinces and territories.

Last but not least, CREA’s third recommendation asks that the government implement a green renovation program incentivizing homeowners to make energy retrofits to their homes by making available a $40,000 interest-free loan. In calling for this program, which will be welcomed by many homeowners in cities like Winnipeg with significant older housing stock, CREA is seeking a broad scope of renovation projects be eligible, such as home-related needs (e.g. additional working space) due to the pandemic.

Here are two of the highlights from PAC this year:

• CREA’s CEO Michael Bourque did an excellent job of interviewing the Honourable Ahmed Hussen, who is the federal cabinet minister responsible for Canadian Mortgage and Housing Corporation (CMHC). Bourque asked Minister Hussen whether there was any truth whatsoever to rumours that have been circulating this year that the federal government is considering bringing in a home equity tax on our principal residences. Hussen quickly and firmly dismissed these rumours as completely false, and told Mr. Bourque “he can take that to the bank”. This issue is near and dear to all Canadian homeowners who have always seen their home as one of the most important nest eggs in planning for their retirement.

The Real Estate Magazine Canada (REM) named Harry DeLeeuw one of the difference makers — those who have had the greatest impact on Canadian real estate in the last 25 years. Mr. DeLeeuw has invested his time for many years advancing the federal policy goal of removing barriers and making housing more affordable for everyone.

It’s important to note that Kourosh Doustshenas, 2020 president-elect for WinnipegREALTORS®, received this same prestigious annual award in 2019 for his outstanding advocacy efforts.

Manitoba’s REALTORS® continue to make a difference at the national level for all Canadians.