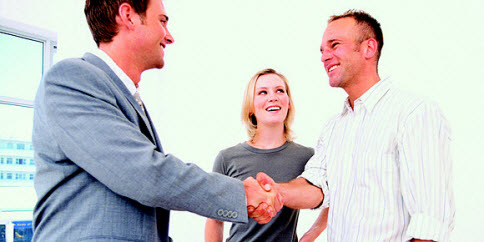 MLS® properties sold in the Winnipeg Metropolitan Area rose by five per cent in March, when compared to the same month in 2016, according to the March WinnipegREALTORS® housing market report.

The association reported that there were 1,111 sales, which were also eight per cent over the 10-year average for the month.

Peter Squire, the market analyst for the association, said March is the month when sales start to accelerate after a traditionally slow period during the first two months of the year.

Dollar volume rose by 10 per cent to $326 million, which was the first time that March sales went over $300 million in the association’s history.

In addition, the association reported that first quarter sales of 2,438 units was in line with last year’s results for the same period. The number of sales recorded were five per cent above the 10-year average for the first three months of the year.

Meanwhile, dollar volume approached $700 million during the first quarter, which was the highest level ever reported by the association and four per cent up from the same period last year.

“Overall, we are quite pleased with the MLS® first quarter sales results,” said Blair Sonnichsen, the president of WinnipegREALTORS®, “since they are only a few sales shy of last year’s same period total, when we ended up recording our best sales year ever.

“The consistency and steadiness of our MLS® market over the past few years bodes well for strong sales numbers to continue.”

At 2,200, MLS® listings in March were in line with last year’s total, although active listings with an inventory of 3,903 going into April were down nine per cent from 2016.

Squire said the decrease was largely due to a very active 2016, which left fewer listings carrying over into 2017.

“Helping give us more confidence going into the second quarter are Manitoba’s employment numbers,” said Squire. “The recently released Statistics Canada labour force survey shows the province’s March employment went up by 2,800 jobs and the unemployment rate decreased by 0.3 percentage points to 5.5 per cent. Only B.C. has a lower rate at 5.4 per cent.”

When compared to the same period in 2016, single-family home sales in the first quarter were down by less than two per cent. On the other hand, condominium sales are at a record-setting pace and increased by 18 per cent over the same period last year.

“Condos may well be benefiting from their lower price point when compared to single-family homes,” said Squire, “as anyone requiring an insured mortgage with less than 20 per cent down must qualify for the higher Bank of Canada rate of 4.64 per cent over a five-year term — the so-called stress test implemented by the federal government.”

“So far, condos are leading the way in marked sales increases compared to the first quarter in 2016,” added Sonnichsen. “They have captured an additional three percentage points of total MLS® market share at the expense of single-family, or residential-detached, sales.”

The association reported that the average residential-detached selling price in March was just under $320,000, which was noticeably higher than the 2016 year-end average of $302,707.

Squire said the higher average sale price was the result of what is called a “compositional shift in sales activity,” as March had a significant increase in higher-priced sales. For example, there was a 25 per cent increase in sales in the $350,000 and above price range when compared to March 2016.