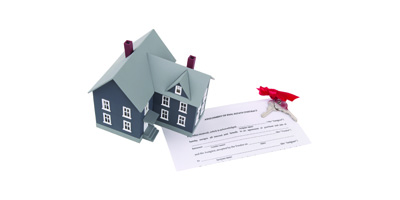 An increase in listings inventory has kept Winnipeg home prices relatively stable in this year’s first quarter when compared to the same period last year, according to a new report from Royal LePage.

“House prices were relatively lower in the first quarter in Winnipeg, which is mainly a result of an upswing in inventory,” said REALTOR® Dan Wachniak. “We saw a lot of listings on the market early in the year, up approximately 33 per cent compared with this time last year.

“While this is putting downward pressure on home prices, it shows that people are confident in the real estate market as they believe they will be able to sell their homes,” he added.

“Conditions are ideal for buyers to take advantage of a healthy supply of listings and historically low mortage rates,” Mackenzie added.

Standard two-storey homes in Winnipeg saw a moderate bump in average price, bucking the slight downward trend seen in other housing types, according to the Royal LePage report.

“The two-storey is very popular for families,” said Wachniak. “They tend to be priced well, have a generous living space and offer good value for money.”

A report from BMO Capital Markets also indicated that Winnipeg is among the Canadian cities benefiting from a more balanced market.

“Suffice it to say that strong Canadian home price gains are now almost purely a two-city phenomenon (Toronto and Vancouver), and the so-called soft landing is well underway across most of the country,” said Robert Kavcic, BMO senior economist and author of the report.

Gregory Klump, the Canadian Real Estate Association’s chief economist, agrees with this assessment of the market. “Greater Vancouver and the Greater Toronto Area are really the only two hot spots for home sales and prices in Canada. Price gains in these two markets are being fuelled by a shortage of single-family homes for sales in the face of strong demand.

“Meanwhile, supply and demand for homes is well-balanced among the vast majority of housing markets elsewhere across Canada.”

According to the Royal LePage report, Canada’s soft landing is characterized by slower than normal home price increases. But much higher price increases in the country’s two largest markets combined to send the national average values upwards, partially obscuring the broader trend across the nation. Because of the two cities skewing national statistics, during the quarter, the average price of a home in Canada rose between 3.8 per cent and 6.6 per cent year-over-year in the first quarter.

“Canadian home buyers, with the last decade's recession still top of mind, have been very sensitive to shifting, broad economic factors,” said Phil Soper, the president and chief executive of Royal LePage. “The oil shock has been unsettling for the national economy, consumer confidence and by extension, the housing market.

“That said, lower prices at the pump and the confidence boosting move by the central bank to lower interest rates have been supportive. With these factors combined, we have a soft-landing for housing after several years of robust expansion.

“On balance, we believe we will not be seeing the kind of appreciation observed over the last three years any time soon, as markets work through the current cycle and align with broader economic conditions,” added Soper.  “In terms of downside risk, we do not foresee a sharp decline in home prices, particularly in today’s low interest rate environment.”