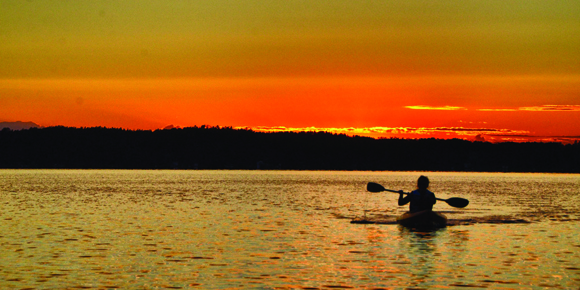 Cottage sales doing better than last year, when the price and location are right

The fact that cottage sales comprise about one per cent of MLS® sales can be misleading.

On the surface, it might look as if there isn’t much happening in areas such as the Interlake and the Whiteshell. Quite the contrary, said REALTOR® Judy Calvert-Pierce.

“We’ve been quite busy. Activity in the areas we cover (which includes Belair, Grand Beach, Hillside Beach, Lac du Bonnet, Lester Beach, Patricia Beach, Traverse Bay, Victoria Beach and several others) has been strong and positive,” she said.

In fact, the market in those areas may be a little different than what it’s been perceived to be, she added.

“I think some people thought it might be a buyer’s market, but we just had a bidding war on a property last week. If a property is priced right, it will sell, and in some cases will attract multiple offers.”

In the Whiteshell, it’s been a different story due to a pair of events that have made for something of a tumultuous summer, said Realtor Paul Duncan,

“The market was hot in the early spring and was really rolling along,” he said. “Then, we had the forest fires, and the bad publicity started. That situation hadn’t been resolved for long when we got all the rain and water damage from the resulting flooding. That resulted for more bad publicity for the area.”

It turned out that the water not only dampened the Whiteshell’s previously dry, fire-prone terrain, but also put a real damper on cottage sales.

“For about a four to five-week period, I hardly received a phone call — people were staying away due to all the bad publicity about the forest fires and flooding.”

Fortunately, that situation has turned around with the onset of relatively normal weather.

“Despite everything that’s happened out here, I’m more or less on track for a normal year (in terms of sales),” said Duncan.

Realtor Kathy Marks, who sells properties in the west Interlake, said the market has also been strong there.

She said that if buyers are willing to look around, and are prepared to perform some upgrades on a solid property, there are some gems that can be unearthed.

“In one instance, I had buyers who found a three-bedroom cottage in Sandy Hook that was three cottages off the lake. They bought it for $80,000. Even though it needed a bit of work, it was a great buy.

“There are definitely other properties out there like that. Even if you have to put in $20,000 to upgrade it, you’re still way ahead. In that location, you’ll never lose the money you spent.”

Duncan said that while everyone dreams of having a lakefront cottage, second-tier cottages — those that are near the lake but don’t give you a panoramic view of the water — are a great choice.

“For example, I just sold two lakefront cottages in Falcon Lake in the $500,000 range in the past few weeks. I also sold three second-tier cottages in the same time period, as well, for around $200,000.

“Although no two properties are alike, that can generally get you a cottage in the 1,000 to 1,200 square foot range with three to four bedrooms and two baths,” added Duncan.

One trend all three Realtors have seen is more people looking for four-season cottages, or current owners winterizing seasonal cottages.

“More people are definitely looking for a cottage that will enable them to come out year-round,” Marks said. “People love our summers, but they also love to do things like ice fish and snowmobile in the winter, which is also a beautiful time of year.”

“An increasing amount of people want a four-season cottage for year-round use, or because they’re downsizing or retiring,” she said. “As a result, people are buying more lots and we’re seeing more new construction.

“People just love the cottage lifestyle. Summer or winter, cottage country is a great place to be, and more people are realizing that. That’s why the market is so strong.”