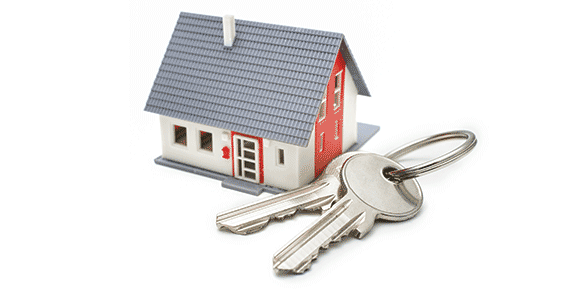 It has been well-documented that purchasing a home can be the most stressful event people experience during their lifetime.

When guided by a knowledgeable REALTOR®, the process usually turns out to go smoother than expected. However, there’s the occasional case where the process, as the saying goes, hits a few bumps in the road.

Normally, a home is sold and the buyer takes possession, perhaps a month or two later. In some instances, a home might be sold and the possession date, for whatever reason, might be further down the road. Sometimes, four to six months can elapse before buyers take possession of a home.

Not surprisingly, issues can crop up when so much time goes by between the time of purchase and the possession date.

An experienced REALTOR® said she recently experienced such a scenario with a newer, high-end home. “We wrote an offer on a home and it was accepted, but the vendors asked that possession could be delayed, and we agreed,” she recalled. “We did our due diligence, having the home inspected prior to buying it. Everything seemed to be fine, except for the HRV unit, which wasn’t working properly. We asked, as part of the terms of completion of the sale, that it be restored to working order.”

As an experienced REALTOR®, she took additional time to write a clearly-stated clause into the terms of the selling agreement. The clause stated that everything in the home was to be in working order when her clients took possession. A safeguard for her clients, she didn’t expect to have to invoke.

Fast forward to possession day. By this time, approximately five months had passed since the sale. As planned, her clients moved into the home, only to be greeted by several major issues.

“I got a call from them, saying there were several things wrong with the home. They were very surprised at what they found.”

First and foremost, the carpet in the basement carried a strong odour. Second, the furnace’s HRV unit was not working properly. And third, the dishwasher leaked. Understandably, the home’s new owners were crestfallen and more than a little bewildered.

“We’re not exactly sure what happened, but it seems that the vendors just let things go in the home after the inspection was done,” she said. “They said that they had the HRV repaired, but when it was examined, it was found to be totally plugged. Downstairs, there was no smell when we did the inspection, but as best as we can guess, it looks like the vendors let their dog have the run of the basement. Then, when my clients tried to use the dishwasher, it leaked badly.”

As buyers moved into the home over the next several days, they found more issues — nine more, to be exact, bringing the tally to 12.

Now, the REALTOR® and her clients are reluctantly being forced to enforce the clause that she wisely, it now turns out, wrote into the terms of the selling agreement for the home.

“It’s not something you want to have to do, but we really have no choice,” she said. “We’re going to have to ask the vendors for financial compensation for all the repairs that need to be done. The carpet downstairs needs to be cleaned or replaced, the HRV needs to fixed so it works properly, and the dishwasher has to be repaired. All the other issues have to be taken care of, too.”

There are lessons that can be learned from the not-so-savoury situation, added the REALTOR®.

“I think the main lesson is that as REALTORS®, we likely need to go further than just saying everything must be in working order at time of possession,” she said. “To best safeguard buyers, I think we need to write in a clause that says buyers can preview a home a month, even two weeks before taking possession. At that time, everything — from the mechanical system, to appliances — must be in the same condition as originally viewed.”

The other lesson is an obvious one. “Based on this experience, I’d have to say that getting a home inspection done doesn’t necessarily guarantee a home is going to be in the same shape at time of possession that it was at the time of purchase,” she said. “You would hope that vendors would have a little pride in the home they’re selling, but I guess that isn’t always the case.”