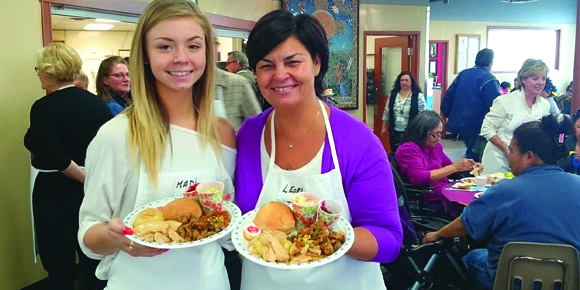 “You are the gold of the earth,” she added, before presenting the Lieutenant Governor’s Make a Difference Community Awards.

In total, 392 volunteers from across the province were recognized for their contributions to Manitoba communities, receiving awards from business groups, municipal governments and the province.

Among the province’s many volunteer groups are REALTORS®, who can be the neighbourhood hockey coach, the broker office that holds a barbecue in support of a local charity, or the group with a commitment to support shelter-related causes, such as the Manitoba Real Estate Association (MREA) Shelter Foundation, and WinnipegREALTORS®, which founded the Housing Opportunity Partnership to help less privileged Winnipeggers achieve the dream of homeownership. There are numerous other volunteer-based activities supported by Realtors.

“It’s an honour to highlight and recognize some of the most remarkable Manitobans who give selflessly of themselves for the betterment of others and our communities,” Brian Canart, the chair of the MREA Shelter Foundation, told the gathering of about 2,500 people at the convention centre.

Canart presented the MREA Shelter Foundation Award to Eva Whitmore, the founder of the Manitoba Chapter of The Shoebox Project for Shelters.  She also received a $2,500 cheque from Manitoba Realtors to support the continuation of the project, which collects and distributes gifts, in the form of shoeboxes, to women who are homeless or at-risk of homelessness.

Canart said each shoebox is filled with small gifts totalling $50 that many of us take for granted, such as toothpaste, warm socks, a brush, a bus ticket, a Timmie’s gift card or chocolate.

“They are small acts of kindness that serve as a reminder to those who receive them that they are a valued member of our community and have not been forgotten,” he added.

“I’m excited because the people of this province are finding new ways to build a better community,” said Filmon. “This event reminds us that all the great nation builders are not found in history books.”

Whitmore saw a posting on Facebook about 53 shoeboxes that had been delivered to Toronto-area shelters, which became the inspiration for the creation of the Manitoba chapter of the project. In her first year, Whitmore set an ambitious goal for herself of obtaining 60 to 70 shoeboxes for three local shelters. But her determination resulted in over 1,300 shoeboxes being donated and delivered in the first year.

“Under Eva’s leadership, since 2013, nearly 7,000 shoeboxes have been delivered to at-risk women across our province and in Kenora,” said Canart.

“All of you are winners,” said Filmon, during the special awards ceremony. “I offer the thanks of a grateful province.”

Diane Bazin, the president of Volunteer Manitoba, which is the host of the annual volunteer awards, said it was “no secret that volunteers have a huge impact on our communities.”

“An incredible culture of volunteerism and generosity shapes our great province,” said Chris Pennycook, the president of MREA, days prior to the award ceremony. “By extending a caring hand to those in need, we continue to build better and stronger communities together.”

Bazin said volunteerism is an important and integral part of the province’s lifeblood, and an example for all to follow. “Volunteering unites us all as we work toward a common goal,” she added.

Yahya Samatar, who became famous as the “man who swam to the Red River” from North Dakota to become a refugee in Manitoba, said he became a regular volunteer in his homeland of Somali and then in Canada, because it’s the responsibility of each and everyone to keep working hard to help people and create a better community to live in.

“I believe volunteerism is the ultimate exercise within the world,” added Samatar.

Realtors are being urged to collect and drop off shoeboxes at the MREA office, 1873 Inkster Blvd.