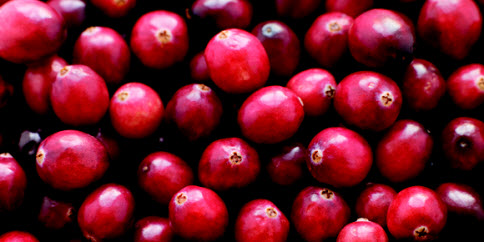 Cranberry sauce is a Christmas tradition

The television ad can lead one to believe that cranberries grow in deep water. They don’t. Cranberries grow in bogs: acidy, cool, damp bogs. In England, they were actually named for this habit. The English called them “fenberries,” fen being the olde English word for bog or marsh.

They are also called “bear berries,” because bears eat them; “craneberries,” because the early settlers thought the flowers looked like the neck, head and bill of a crane; and  in northeastern  Canada, “moss berries,” probably because the plants grow where moss grows and because they have small berries. Or it could be a corruption of marsh berries.

Flooding cranberry beds with water is a harvesting trick.  A harvesting machine is run through the crop to loosen the berries from their stems and they float to the top of the water where it is easier to harvest them. Some cranberries, between five and 10 per cent and usually those to be sold fresh, are harvested dry because the water method can bruise the fruit.

Cranberries are low-growing plants with creeping roots, much like strawberries. They grow anywhere from two inches to eight inches tall on wiry stems with small evergreen leaves and bear dark pink flowers. The flowers are attractive, looking like a shooting star with backward-facing petals.

Most people don’t grow their own because it can be complicated. But if you have a cottage in a place where marshes are common and the soil is acidic, you might want to give it a try.

Choose a spot about four feet wide by eight feet long and level it off or remove any clay-based top soil — the more organic material in the base, the better. Top this off with some peat moss and mix in a half-pound each of bone meal and blood meal. Water the bed well so that the soil is damp. Poke in cuttings about one foot apart, and for the first year, be sure not to let the roots dry out. In year two, add a thin layer of sand over the peat moss. You should get berries in the third year, about 80 days after flowering.

It’s not true that cranberries can cure urinary tract infections, but they may help to prevent them. They contain a substance that prevents certain bacteria from clinging to the urinary tract wall. It also works on your teeth, so eating cranberries is said to prevent gum infection. They are well supplied with vitamin C, also containing some vitamin E and a bunch of trace elements. One of these can increase urine oxalate excretion and promote kidney stones, so don’t over-do it.

If you like to get high on sugar, cranberry juice is the drink for you. One ounce of cranberry juice contains a whole teaspoonful of sugar, which is far more than soft drinks. If you are addicted to the stuff, look for unsweetened juice or a product with artificial sweetener. And diabetics may want to do this, since cranberry juice has been credited with helping to regulate blood sugar levels in type 2 diabetes.

Dried cranberries are also loaded with sugar, because the natural fruit is very tart. A hundred grams of dried cranberries will fill you with 308 calories and 82 grams of carbs. On the bright side, you also get six grams of fibre in the serving. Fresh raw cranberries contain only 25 calories in a half cup.

Although cranberries grow throughout the cooler parts of the northern hemisphere, it was native North Americans who first thought of eating them and they passed on their secret to the early settlers. They used cranberries in lots of ways, including putting them in pemmican.

High in vitamin C and the last berry crop of the season with a storage life of about two months, cranberries probably kept scurvy away for a lot of people. The Algonquins called them sassamenesh, meaning bitter or sour berries. They ate them fresh, pounded them into cakes for storing and made tea from the leaves.  They used them as medicine to treat fever (cranberries contain significant amounts of salicylic acid, the active metabolite in aspirin) and stomach cramps, as well as to purify the blood (they are a diuretic).

It is said that cranberry-laden pemmican sparked the Battle of Seven Oaks in the Red River Settlement in 1816, when Governor Miles Macdonell tried to stop the export of pemmican during a food shortage.

Christmas is the season for cranberries, probably because they are a late crop. Enjoy some with your turkey this year and have a wonderful holiday!