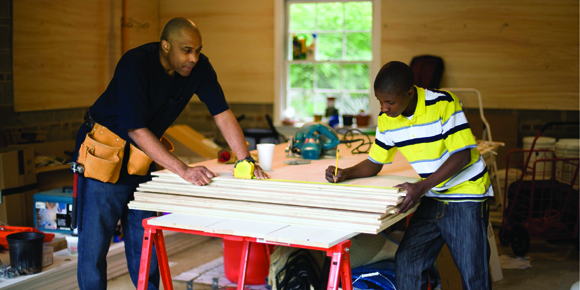 Like countless other homeowners, you’ve decided to embark upon a home improvement project.

Stan Dueck, the city of Winnipeg’s manager of development and inspections, has a message for those thinking of proceeding on a project without one — don’t.

“The first reason is that it’s very important that renovations to any home be done properly,” he said. “Building permits give the city the ability to monitor and enforce the building code. All work must be done according to that code. If it isn’t done properly, it can be very costly to rip it apart and have it re-done.”

Not only that, but work not done to code can pose a danger to homeowners. “It’s important to have any work done right, but it’s especially important that electrical work be done properly. If it’s done in a haphazard manner that doesn’t meet code, it could cause a fire. Even if that doesn’t happen, if it’s inspected and found not to be up to code, the financial consequences of dealing with that deficiency after the fact are far greater than the cost of doing it properly the first time.”

Dueck added that the consequences of renovations performed without permits can fall on the new owners of a home.

“The offence goes with a property. If you buy a home, you as the new owner inherit the problem,” he explained. “That’s why it’s so important to do research before you buy a home. If it has a brand-new kitchen, check to see if the proper permits were taken out.”

He said that it’s not really that difficult, or costly, to take out a permit.

“As far as licensed contractors go, everything can be done online,” Dueck said. “On the other hand, citizens should come down to our office (unit 31-30 Fort Street) to apply. They can submit their plans and go over them with our representatives in person. It just makes for greater clarity.”

Contrary to the perceptions of many, permits aren’t ridiculously expensive, either. “Permit fees have actually dropped significantly in several areas,” he said. “For example, a plumbing permit for three fixtures will cost $75, at $25 per fixture. Individual electrical permits are also down to $75, and we’re now charging a flat $150 permit fee per-floor-impacted during a renovation, a massive decrease.”

Dueck said going the per-floor route just makes sense. “Let’s just say there’s a big difference between gutting a three-storey home versus removing a wall on one floor. Instead of charging a percentage of the value of construction, we’ve chosen to go the per-floor-impacted route. It’s just a simpler, and more user-friendly way to do things.”

That user-friendly theme is one that’s going to be amplified on in the future, he added. “In most cases, we’re still tweaking things — a lot of time, effort and thought is being put into making the permit process better. We meet monthly on the homes side with the Manitoba Home Builders’ Association (MHBA) and other parties, and also have an industry advisory group working on the commercial side. In both cases, we’re always talking through different issues.”

The bottom line, said Dueck, is that it’s always best to apply for a building permit.

“Building permits just represent a proper way to govern building projects so they get done properly. Ultimately, doing it right will save you time, money and potential heartache.”

Examples of projects requiring a permit: