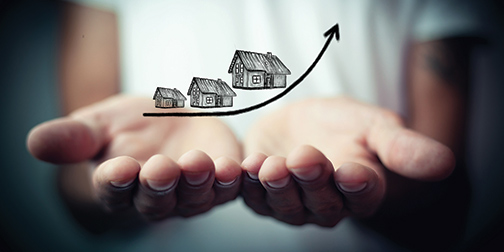 While Winnipeg has been experiencing a near record-breaking cold spell, there are plenty of significant housing and real estate market challenges to keep REALTORS® warm while waiting for their cars to heat up.

One that comes to mind, which is receiving national coverage, is the impact of the federal stress test on home buyers’ ability to afford and purchase a home. Will Dunning, Chief economist of the Mortgage Professionals Association (MPC), and WinnipegREALTORS® forecast breakfast keynote speaker in 2018, generated fresh interest in this issue with the January release of MPC’s consumer report, Annual State of the Residential
Mortgage Market in Canada.

In his report, Dunning draws a number of conclusions which, while more salient in their impact on expensive housing markets across the country, still resonate here based on our market results.

Dunning attributes the drop in sales activity largely to the two Office of Superintendent Financial Institutions (OSFI) mortgage stress tests which took effect on insured mortgages in October 2016, and on uninsured mortgages on January 1, 2018. Dunning gave minor consideration and acknowledgment to the interest rate increases that occured in 2018.

More to the point, Dunning said, “Most fundamentally, Canadians, especially young, middle-class ones, will, in large and growing numbers, be denied the opportunity to build their financial futures through home ownership.”

This same report explains how home ownership is decreasing in the younger demographic age groups.  From 2011 to 2016, those aged 25 to 29 experienced a 4.6% decrease, 30 to 34 slipped 4.2% and 35 to 39 fell 3.6%. While there are no breakout numbers for Manitoba or Winnipeg, something quite revealing in the last three years, is how single family home sales in what has been considered the prime first-time buyer market of under $300,000 have declined significantly.

A number of well publicized national surveys by the Canadian Real Estate Association (CREA) and Canadian Home Builders’ Association (CHBA) in 2018 clearly show that the majority of millennials and/or middle class Canadians express a strong desire for home ownership. Therefore, it does not sit well with them that the federal government is making it more difficult for Canadians to access home ownership.

If the federal government was aiming to cool off hotter housing markets with accelerated price increases, it has achieved that. However, this has come at the expense of other markets across the country which did not need this adjustment. The result is that many first-time homebuyers have been unnecessarily impacted by the federal mortgage stress test.

MPC’s CEO Paul Taylor referenced Dunning’s report with the following comment in REMonline.com: “The association supports prudent and evidence-driven actions to test a borrower’s abilities to make future payments. Our report illustrates that a more reasonable stress test level and lending restriction reforms are now needed to strike a better balance for borrowers and policymakers, improving housing affordability and Canada’s economy,” he said.

Finance Minister Bill Morneau has indicated in the lead up to the 2019 federal budget that he is looking at measures to make home ownership within reach of more millennials. The evidence is undeniable that first-time buyers in particular are being negatively impacted by the federal stress test.

CREA and CHBA have been active in pointing out how local markets across the country are being affected (e.g. much longer times to save for a down payment) and also putting forward recommendations, as is MPC, with the suggestion to reduce the qualifying stress test rate from 2 full percentage points over the initial contracted rate to 0.75 points.

If there is any consolation for Winnipeg’s housing market, based on National Bank’s 2018 fourth quarter Housing Affordability Monitor report, the income required for a median priced home of $321,259 is $58,976, with 28 months of saving required for the down payment (saving rate of 10%). In sharp contrast, in Toronto, if you have the required income of $165,755, it will take 112 months of saving to purchase the median priced home of $902,916.