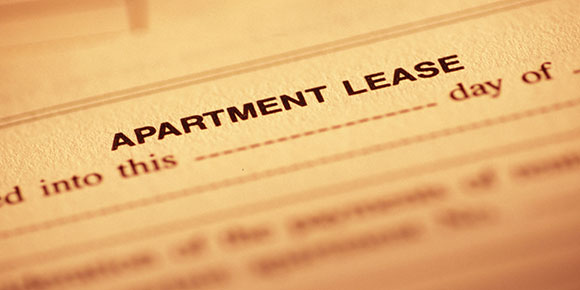 Rumours abound about “slumlords,” as there are landlords who fail to meet the basic needs of their renters and are driven solely by profit. But landlords can also be your average pensioner or middle-income couple, and they have their own stories to share of bad tenants who have caused them financial strain and emotional distress.

Landlords often suggest the laws are biased against them and go to great lengths to screen prospective tenants, because once tenants are selected, landlords can face problems for months if the tenants fail to respect the agreement.

Whereas many renters have little choice but to rent a place to live, property owners might decide against renting out their property if they perceive the risks to be too great. They might sell instead or only rent to people they personally know. While the laws are supposed to protect vulnerable tenants from exploitation or discrimination, policymakers need to consider whether rules surrounding tenancy can be so strict as to exacerbate the problem of a lack of available housing by discouraging the practice of renting out property.

Landlords have the right to evict tenants for several reasons, such as non-payment of rent, overcrowding, or being a danger or disturbance to others. When landlords complain about the laws, it is often because bad tenants can dispute or appeal eviction notices with the intent of delaying the process for months, often while not paying rent, which can be a huge financial burden to landlords. Even after decisions are made, landlords can face problems getting the tenants to physically leave. Since it is considered a civil matter, it is up to the landlord to pay for a sheriff or bailiff to forcibly evict a tenant.

This does not help many respectable, would-be renters. The chances that higher-risk renters will successfully enter into a favourable lease arrangement increases when landlords are assured they have adequate means of recourse if they take a chance on them, but it does not work out.

Another problematic policy aspect is the damage deposit. If there is damage to the property, there is a good chance that it costs more than the deposit amount, which in most provinces can be up to either half a month’s or a month’s worth of rent. In Ontario, landlords may not accept a damage deposit at all. Governments cap security deposits with the view that many renters cannot afford large deposits, but better policy ideas are needed in this area so that landlords do not fear atrocious costs for damages. Landlords can attempt to receive additional compensation by going to court, but this often means more stress and more cost than the landlords can risk.

The Manitoba government recently made some positive changes to its tenancy laws, including changes to the appeal process that should make it less drawn out for landlords. In addition, landlords are now allowed to end tenancies in response to unlawful activity if it affects the security and well-being of other tenants or causes damages.

However, British Columbia already had a similar law, where a woman attempted unsuccessfully to evict a tenant last summer who was using her property to grow marijuana. The arbiter said that it was not proven the tenant had “seriously jeopardized the health and safety or lawful right or interest of the landlord or another occupant.”

Some claim that the outcome would be different for the landlord if only she were more familiar with the law and with the proper steps to take when evicting a tenant. But people should not need to be experts in law in order to safely rent out property. If property is being used for illegal activity, this should be grounds for eviction regardless of a subjective judgement of what constitutes harm.

While those who hear disputes decide both in favour of tenants and of landlords, both landlords and tenants are prone to claiming that laws or the residential tenancy branch of provincial governments are biased against them. Though hearings are typically public, it should be a priority of provincial governments to publish decisions and statistics online. In Alberta, decisions are provided verbally and rarely written down. More transparency would enable meaningful public debate about such issues.

It is in the public interest to prevent landlords from being abused by bad tenants and to encourage an increase in the supply of rental housing. It’s time to prioritize policy reform in this area.