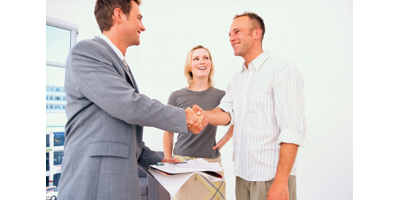 “So buyers had more properties to choose from than last February,” said WinnipegREALTORS® market analyst Peter Squire, “which should indicate more balance in the marketplace.”

In addition, listings entered in February were up 18 per cent over the same month last year, with an additional 1,535 properties appearing on the market.

The association also reported that there were just eight fewer sales recorded last month than the 680 transactions registered in February 2014.

As well, dollar volume at $172 million was just two per cent off the pace set for the month last year.

“All in all, it’s a balanced market that is keeping pace with last year, and last year was a very decent real estate market for Winnipeg,” added Squire.

“But at our recent forecast breakfast, the market experts told us that home sales this year would increase slightly over 2014.”

MacKenzie said the experts predicted home sales would rise zero to two per cent this year over 2014 and home prices would increase by the same amount.

“We will, of course, monitor the housing market activity every month, but it looks like January and February have given us a solid platform on which to build our projections for the year.”

MacKenzie said that with more homes on the market, the bidding wars witnessed last spring will be less frequent with most homes selling below or at list price.

Both Squire and MacKenzie stressed that the Winnipeg market has maintained its reputation for stability when compared to the high  and low fluctuations reported in such markets as Toronto, Calgary and Vancouver.

“While our market is not immune to national and global developments,” said Squire, “each market has its own local attributes within various market types.”

An example given was the condominium market, which represents just 14 per cent of MLS® sales in Winnipeg, but 50 per cent of overall housing sales in the Toronto marketplace, according to the Toronto Real Estate Board.

Condominium sales during February reported by WinnipegREALTORS® were most active in the $150,000 to $199,999 price range with 33 per cent of the market share.

Meanwhile, Canada Mortgage and Housing Corporation new home construction in the Winnipeg Census Metropolitan Area was slightly lower in February on a year-over-year basis with 162 units started compared to 167 in February 2014.

This brought year-over-year housing starts to 582 through to the end of February, which was substantially higher than the 320 new homes started during the same period a year earlier.

Diane Himbeault, CMHC’s senior markey analyst for Winnipeg, said housing starts have declined over the past five months in Winnipeg due to a downward trend in multi-family housing starts.

“Recent elevated levels of construction in this sector have contributed to an increase in inventory, signalling builders to defer the initiation of new units,” she explained.