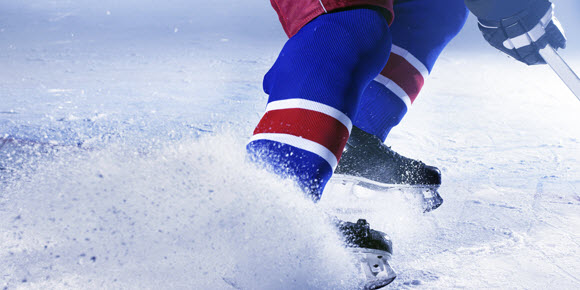 If there’s one sport that is part of the Canadian psyche, it’s hockey, which is logical, since it was a game invented and nurtured in this nation. And what truly exemplifies the Canadian fervour for hockey is the National Hockey League. Although the NHL is now dominated by U.S.-based teams, the league owes its very existence to Canada where it was established 100 years ago.

“When the National Hockey League was formed in late 1917, few could imagined the importance it would have in the fabric of Canadian life,” according to the Canadian Encyclopedia.

It’s a statement that is difficult to argue against. What happens in the NHL is a way of life for so many Canadians, especially when a city, such as Winnipeg or any of the other six Canadian franchises, have a team involved in the on-ice action.

One hundred years ago, the new league was formed following a dispute with a franchise owner in Toronto in the struggling National Hockey Association.  Five of the six owners of NHA franchises were becoming increasingly frustrated by confrontations with Eddie Livingstone, who owned the Toronto Blueshirts. Livingstone was such a disruptive force that his antics led to the resignation of Frank Robinson as NHA president in 1917.

The situation was so dire in the NHA that The Globe on November 6 proclaimed that professional hockey was on its last legs. “Public Tires of Money-Chasers and Turns to Fast Young Amateur Teams,” the newspaper announced.

Many of the professional players were overseas fighting in the First World War, leaving behind older professionals to fill the ranks of the Eastern Canadian teams.

Five owners met at the Windsor Hotel on November 22, 1917, to discuss the fate of the NHA. Suffice it to say that Livingstone was not invited.

Elmer Ferguson, the sports editor of the Montreal Herald, was the only journalist on hand to report on the events transpiring in the hotel.

The first man to emerge from the meeting, which was held behind closed doors, was Frank Calder, who would become the first president of the new league. Canadian hockey fans will immediately recognize his name, since the NHL’s Calder Trophy is awarded to the league’s rookie of the year. The Calder Cup is also awarded to the American Hockey League (AHL) champion.

It was Calder, in his capacity as NHA secretary, who rallied the owners against Livingstone.

“Nothing much,” was Calder’s reply.

“It’s like our old league,” he told the sports editor, “except that we haven’t invited Eddie Livingstone to be part of it.”

They had finally gotten rid of the controversial Blueshirts owner.

Ottawa Senators manager and co-owner T.P. Gorman said that Livingstone was always arguing and a distraction. “Without him we can get down to the business of making money.”

But there was still some hesitation evident. The “Quebec Club” was waffling, according to a next day article in the Ottawa Herald. The newspaper reported that Quebec City owner M.J. Quinn said his club was unable to decide whether to drop out or continue. A motion was passed at the urging of Quinn that his club be given a few days to decide.

On November 26, the NHL took over from the NHA as Eastern Canada’s professional league. The Quebec players were dispersed to the other NHL teams. Of the five former NHA teans, four would be participating in the new league: the Montreal Wanderers, Montreal Canadiens, the Toronto Arenas (later the Maple Leafs) and the Ottawa Senators. Quebec City didn’t drop out of the league, but decided not to ice a team in the league’s first year of operation.

Toronto operated as a “temporary” team controlled by the Toronto Arena Company (owners of Arena Gardens) until the ownership situation was resolved. It was a strange situation, as the players were from Livingstone’s Blueshirts of the former NHA, who had apparently agreed to lease the team. Another aspect of the NHL arrangement reinforced the temporary nature of the Toronto club, since it was said the team would only to play in the first half of the season — depending on Quebec’s actions — and then the players would be dispersed between the other franchises for the second half of the season.

The NHL had no intention of sharing any revenues from the dispersal of players, so Livingstone sued in 1918.

“The Toronto players belong as a body to the National Hockey League,” Canadiens owner George Kennedy later said, “for they were only loaned to the Toronto Arena Company, though Livingstone tried to make the Arena Company believe that he controlled those players.”

In the initial game of the NHL on December 19 between Montreal and home team Ottawa, the Canadiens beat the Senators 7-4. Newspapers described the game as flawed by a disorganized Ottawa side, but the Canadiens “looked good.” It wasn’t an auspicious start for the new league.

The game between the Wanderers and Toronto was greeted with even less enthusiasm with just 700 fans on hand to watch Montreal win by a 10-9 score at home. It would be the only win for the Wanderers, who dropped their next three games, indicating that the Montreal team lacked enough skilled players to finish the season.

On January 2, 1918, the Montreal Arena burned down, leaving both the Canadiens and Wanderers homeless. The Canadiens moved to the 3,250-seat Jubilee Arena, but the Wanderers unsuccessfully asked the league for players to help fill its roster, so the team defaulted its next two games.

“The league did not accept the Wanderers’ resignation immediately,” wrote Morey Holtzman in Deceptions and Doublecross: How the NHL Conquered Hockey, “electing to wait and see whether the team showed up for its scheduled match in Toronto on Saturday January 5 ... The deadline did expire, and the once-powerful team that had been known as the Little Men of Iron was thrown onto the scrap heap of hockey history.” As a result, just three teams finished the inaugural season that was won by Toronto, which also beat the Vancouver Millionaires to win that year’s Stanley Cup (best of five: three games to two).

When a Historic Sites and Monuments Board of Canada plaque was unveiled on November 17 in Montreal to commemorate the 100 years of the league’s existence, MP Stephane Lauzon said the NHL has influenced “Canadians and Canadian society in a profound manner, unequalled by any other professional sports organization.”

Given the circumstances of what occurred during its first year of operation, it’s amazing that the league ever survived its initial season and subsequently went on to become a national icon!

From the growing pains associated with four struggling teams in Toronto, Montreal and Ottawa, there are now 31 teams, including the second edition of the NHL Winnipeg Jets.