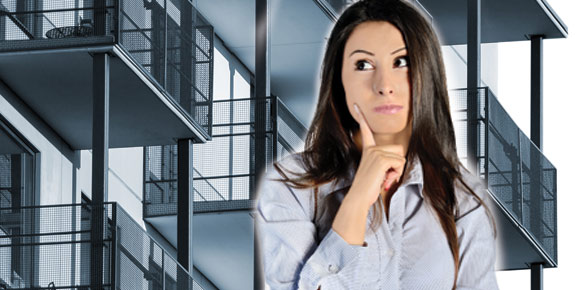 Rental housing strategy is an issue that always been near and dear to WinnipegREALTORS®, so it was a pleasant surprise when the British Columbia Real Estate Association (BCREA) presented its own position paper in 2018 on this important issue.

Back in March 2011, WinnipegREALTORS® released a discussion paper on Manitoba’s acute rental shortage, as it had become obvious that this one issue was harming the entire housing market. A scarcity of rental units, in combination with increased housing demand from population increases, was unnecessarily raising the cost of resale housing to the point that it would become unsustainable and too expensive if it continued unabated. The paper correctly ascertained that Manitoba’s rental universe was shrinking, and therefore forcing would-be renters, by default, to enter home ownership, however reluctantly.

At the time, Winnipeg was cited as having the lowest vacancy rate among Canada’s 34 largest cities. CMHC, in its 2010 Fall Rental market survey, indicated that the city’s vacancy rate dropped from one per cent to 0.8 per cent. Today, its vacancy rate is sitting around three per cent. The result is that Winnipeg’s real estate market as a whole remains balanced, since it has been predominantly a sellers’ market throughout the first decade of the millennium.

Ideally, you want all housing markets to be as balanced as possible so buyers and sellers are on more equal terms. We have already seen — in the last few years in particular — how unbalanced, overheated markets create large spikes in house prices, making them unaffordable to many potential buyers.

The release of the 2011 WinnipegREALTORS® discussion paper led to the creation of a Manitoba rental housing supply roundtable later that same year. This roundtable was co-chaired by the Minister of Housing and Community Development at the time, Kerri Irvin-Ross, and Mel Boisvert, a veteran REALTOR® who had also headed up the committee responsible for producing the original discussion paper.

The roundtable proved to be a very effective response to the rental housing shortage. Key housing stakeholders were brought together with the provincial government to help create incentives that focused on building more purpose-built rental units in Manitoba. They also addressed how to make secondary suites more accessible and allowable under current municipal restrictions.

In 2012, the rental supply roundtable released a report stating at the outset that “rising rents and persistently low vacancy rates necessitate the development of new and expanded supports for new rental housing investment”. The report also presented proposals for the production of new rental units in Manitoba, which were the direct result of the roundtable identifying issues and making recommendations for their solutions. One recommendation — which was acted upon by the provincial government at a subsequent provincial budget — was the implementation of a rental housing tax credit for new purpose-built rental housing units.

One of Boisvert’s suggestions at the time this roundtable was engaged — it is no longer in operation under the current provincial government — was to have a meeting of all the western provinces, which was to involve the participation of the various provincial housing ministers, government staff, and key housing stakeholders. The purpose of this meeting would have been to discuss what they were doing in each respective province to facilitate providing much-needed rental housing supply, thereby creating a more balanced housing market overall.

Boisvert to this day still feels that a meeting such as this one has merit, as there is a great deal we can learn from each other.

Herein is why the BCREA position paper is notable — it was written in response to a rental housing task force set up by the British Columbia government. Sound familiar? It is reviewing BC’s residential tenancy laws, just as WinnipegREALTORS® examined Manitoba’s in 2011. Part and parcel of the BCREA task force’s objective is to identify opportunities to promote the development of more rental housing in BC.

Following are just a few excerpts from BCREA’s submission to the rental housing task force:

“We appreciate and support the priority government has placed on housing. BCREA firmly believes British Columbians should have safe, decent and affordable homes where they work, shop and play. BCREA also believes a strong economy depends on preserving the investments people have made in real estate by protecting the ability to freely own, use, buy and sell real property.

“Rental housing is an essential component of a thriving housing market, and we support measures that maintain a balance between the rights of landlords and tenants and promote the development of rental housing. This approach helps give landlords the confidence they need to make properties available for rental, and that tenants have access to adequate rental options.

“It also keeps the system operating smoothly, giving renters and landlords the reassurance that their interests are protected. To that end, we appreciate the additional Residential Tenancy Branch funding provided in BC Budget 2018 to reduce wait time, improve service and deal with disputes more quickly.”

One of BCREA’s key recommendations is to encourage local governments to legalize secondary suites with minimal red tape. This is also a solution that was suggested by WinnipegREALTORS® to incent the private sector to create additional rental supply. As BCREA states, “enabling homeowners to legally rent their secondary suites will help them make their mortgage payments, and provide much-needed housing for renters”.

Two more of BCREA’s recommendations also clearly apply in Manitoba. One recommends working with local governments to encourage public acceptance of purpose-built rentals, and the other recommends working with the federal government to encourage private investment in rental housing. With respect to the second recommendation, the Canadian Real Estate Association (CREA) has undertaken considerable research into how the federal government can remove barriers to private sector investment in rental housing by way of making changes to the Income Tax Act. This would allow sellers of investment real estate to defer the recapture of previously-claimed depreciation (Capital Cost Allowance) on investment property when the proceeds are reinvested in another investment property.

It will be interesting and worthwhile to follow how the BC government acts on recommendations such as the ones above to deal with their rental housing supply.

Boisvert is also following the situation with interest. “Like BC, Manitoba needs to be proactive in ensuring rental housing supply is a priority,” he said, “so we do not find ourselves back to where we were in experiencing acute rental housing shortages. I look forward to seeing how Manitoba’s new provincial housing strategy, when it is released, will address issues BC is tackling.”