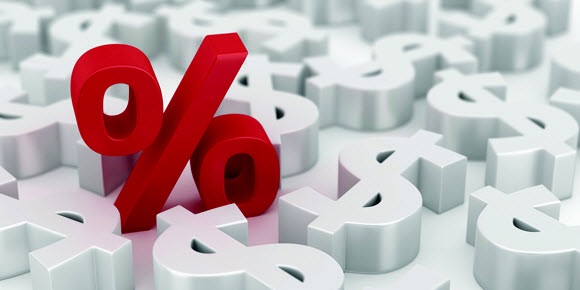 After years of speculation, it has finally happened. On July 12, the Bank of Canada raised its key lending rate from 0.5 per cent to 0.75 per cent.

“The result of the move is that the prime lending rate went from 2.70 per cent to 2.95 per cent,” said Accredited Mortgage Professional (AMP) Diane Macpherson.

“The federal government is concerned about the debt-to-income ratio in Canadian households. It’s increasing at an alarming rate, so the government is trying to protect consumers against rising rates.”

Needless to say, consumers, particularly those in the market for a home, have been unsettled by the central bank’s move.

“The rate increase has made some first-time buyers a bit nervous,” she said.

“That’s understandable, but the potential future increase in mortgage rates is already factored in by the use of the stress test at time of mortgage approval.”

While that’s all well and good, a central question arises: who will be most affected by the hike in the prime lending rate?

“It will affect everyone, but there is some good news, (since) the five-year benchmark rate will remain 4.64 per cent. That’s important, because that’s the rate that the (government-imposed) stress test is set at a figure arrived at by averaging out the five-year posted rates of the big chartered banks.

“The stress test isn’t likely to change,” according to Macpherson.

That said, consumer behaviour should change.

Now, more than ever, it’s critically important for home buyers — first-time or otherwise — to seek the counsel of both an accredited mortgage professional and REALTOR®.

Macpherson said it’s the only way to get the best possible mortgage, and keep household debt levels as low as possible.

It’s important that prospective home buyers listen to the advice they’re given; that is, follow time-proven mortgage basics, Macpherson emphasized.

“It’s important to get educated,” she said. “For example, rates are still good, and you can still get a mortgage for 2.74 per cent.

“However, the thing to know about a mortgage at such a low rate is that it may be restrictive on payment options.”

This is where the expertise of both an AMP and Realtor can be invaluable.

“In most cases, taking out a (five-year) fixed rate mortgage at 2.94 per cent makes more sense,” she said. “It will allow for more payment options, which will help you pay down your mortgage faster.”

At the same time, home buyers should take other advice to heart, as well.

“We advise people to pay down the principle, shorten amortization and do bi-weekly payments instead of monthly payments,” said Macpherson.

“Try to make lump payments on the principle whenever there’s the opportunity, and increase monthly payments, even if it’s an extra $30.”

“Most people, especially first-time home buyers, aren’t interested in doing these things. Following these basic principles can help you pay down your mortgage quicker and reduce household debt.”

With household debt levels increasing and the possibility of another increase in the Bank of Canada’s key lending rate by year’s end, the Mortgage Professionals of Canada are doing what they can to help prospective homeowners.

“We’re asking the government to revise the stress test to 75 basis points above the borrower’s rate,” explained Macpherson. “That would mean about 3.69 to 3.74 per cent for the stress test, a big difference from 4.64 per cent. Go to tellyourmp.ca on our website. You can send one of three letters to the federal government to let them know that the rate needs to be lowered.”

And don’t forget to consult with an AMP and Realtor to find out how to get the right mortgage — and home — for your needs.