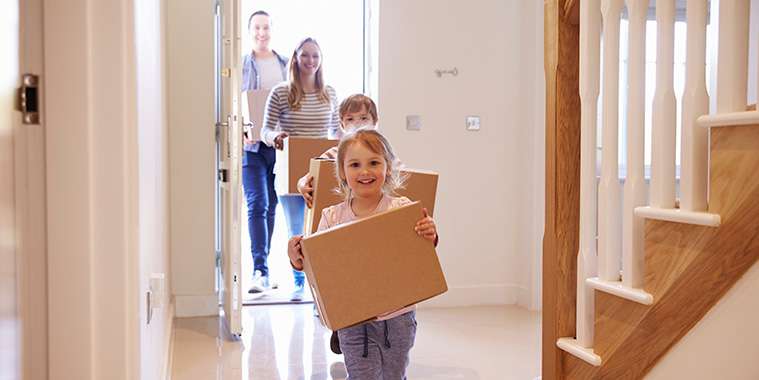 The federal government launched a new national program on September 2, 2019, that it says will help thousands of families across the country buy their first home. Aptly named the First-Time Home Buyer Incentive (FTHBI), the program offers eligible buyers up to 10% of a home’s purchase price to put toward their down payment, thus lowering mortgage carrying costs and making home ownership more affordable.

The specifics of the FTHBI are a bit complicated, so we’ve broken down the main points to help you figure out whether you can access it and, more importantly, what the potential pitfalls could be if you do.

Who is eligible for the FTHBI?

For the purposes of this program, first-time home buyers are not only people who have never owned a home before, but also homeowners who have gone through a divorce or breakdown of a common-law partnership, or those who have not lived in a home that they owned (or that was owned by their spouse or common-law partner) for the past four years.

To be eligible for the program, however, you also need to meet the following criteria:

• Your qualifying household income is less than $120,000. Qualifying income includes money you earn from investments and rental income, not just your job(s).

• You have at least the minimum down payment. The minimum down payment is 5% of the first $500,000 of the home’s purchase price, and 10% for any amount above that. However, the total amount you put down (including the FTHBI amount) must be less than 20% of the home’s purchase price. This maximum down-payment rule also assures that the FTHBI applies only to CHMC mortgage-default-insured mortgages.

• You are borrowing less than four times your qualifying income. Since the maximum qualifying income is $120,000, the most any eligible buyer can borrow (and still be able to apply for the Incentive) is $480,000 — including the mortgage, mortgage insurance and the FTHBI amount. Lower earners who want to apply for the Incentive are limited to borrowing even less. In respect to our local market, the average house price is far lower than the national average house price of $505,463 in June 2019. The average house price in the Winnipeg Metro Region in June 2019 was $334,893. This program is well suited to markets where the majority of house price sales activity fall well within the maximum burrowed amount.

How does the FTHBI work?

Buyers don’t have to make ongoing payments and are not charged interest on the loan. But they do have to repay the incentive, either when they sell the house, or after 25 years — whichever comes sooner.

But here’s where it gets tricky. The repayment is not based on the dollar amount borrowed. Instead, borrowers must repay the same 5% or 10% share that they received through the FTHBI, but calculated as a percentage of the home’s fair market value at the time of sale, or at the 25-year mark. That’s because, as mentioned above, the government benefits from any increase in equity of the home and loses out if equity goes down.

And that’s just considering normal appreciation of the home as it was when you bought it. What if over the 25 years you made significant renovations, adding to the base value of the home? It could now be worth even more — and so will that 10% slice you owe the government.

That sounds off alarm bells for Martin, the financial planner. “Will you have the money somewhere to pay that off?” she asks. “Lots of people choose to stay in their homes and, after 25 years, they’re getting close to retirement. I’d be concerned that this repayment would come as a surprise 25 years after you buy your house.”

As for the possibility that the property value could go down and you’d have to pay back less, Martin’s not buying it. “I would be interested in seeing data on the likelihood of property values going down after 25 years. If there’s a house that is worth less on the 25th anniversary of purchase than the day you bought it, that’s got to be an outlier.”

Even those who sell well before the 25-year limit and must repay the Incentive at the time of sale could be in for a shock. “Whenever you sell this house, you need to count on giving back the percentage of your equity — and that’s on top of closing costs, legal fees, land transfer taxes and real estate commissions,” she says.

Making the right decision for you: FTHBI or not to FTHBI?

Buyers should also be aware that there may be extra legal, appraisal and mortgage refinancing fees involved in the administration of the FTHBI.

Those who do make use of the incentive would be wise to repay it before making any renovations that would increase the value of the home. Even without renovations, you may want to consider paying back the loan early (there is no penalty for early repayment), as that would limit the risks of a huge equity increase, says Martin.

“To me, if you are going to take advantage of this program, you want to ask yourself, ‘Is there a way to protect myself from that 25-year risk?’” she says.