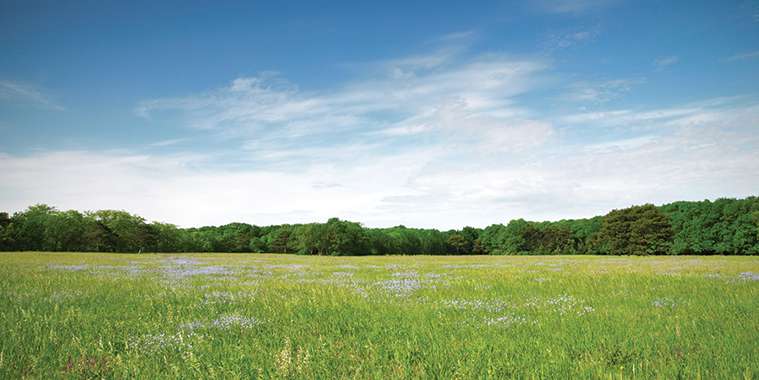 Homeward Bound: Vacant land sales are up 92% over the same period in 2020

The pandemic has shown the strong desire to own a home. Overall MLS® sales for the first 7 months of 2021 are up 36% over the same period last year and 40% over the previous 5 years. Nearly $4 billion has been transacted and 78% of all listings entered on the MLS® in 2021 have been sold, 20 percentage points higher than 2020.

While the Winnipeg Regional Real Estate Board’s MLS® is largely a collaborative, REALTOR® resale database, new homes and condos are also successfully marketed and sold on it. Speaking of new homes, a telling indicator of buyer intention to build new — opting over resale — are the significant number of vacant land lot sales.

To no one’s surprise, Waverley West is the most active MLS® sales area within the city of Winnipeg, with more land under development, and with one of the highest percentages of new build sales of any MLS® area within WRREB’s entire market region. Data shows that the period of January 1 to August 15, 2021, 20% all MLS® property type sales were designated new builds.

Outside of Waverley West, as far as single family homes go, the only other area with a number of new build transactions in southwest Winnipeg is Charleswood.

Many new two-storey homes have been sold in southeast Winnipeg in the neighbourhoods of Bonavista and Sage Creek. Out to northeast Winnipeg Devonshire Village, Canterbury Park, Crocus Plains and Transcona as a whole are areas of new build activity. North and West Winnipeg is largely comprised of new infill builds with a few new home builds in Amber Gates selling on the MLS® as well. New infills are being built and sold in various neighbourhoods throughout Winnipeg, especially in mature communities where housing has reached the end of its life cycle.

Outside Winnipeg, there are many municipalities experiencing new build sales activity. While too many to mention here, much activity is occurring in Headingley, Oak Bluff, Niverville, Ste. Adolphe, La Salle, West St. Paul and Dugald. Further away, the RM of Steinbach is bustling in communities such as Kleefeld and Blumenort and the RM of Ste. Anne is busy as well. There are also new build sales in the cities of Winkler, Morden and Selkirk.

In scanning some of the new condo sales in 2021, REALTORS® have been active in marketing and selling a number of the new townhome projects in Charleswood, Devonshire Village, Waverley West, Sage Creek and Amber Grove and in rural locations such as Steinbach, Winkler and Selkirk.

When you go beyond Winnipeg into the rural municipalities, buyers are seeking new build opportunities, with vacant lots doing exceedingly well in 2021.  Vacant lot sales have been primarily a rural phenomenon on WRREB’s MLS® with inventory of vacant lots available on the MLS® in Winnipeg smaller. Only 8.6% of the 451 lots available for sale as of August 24, 2021 are in the city of Winnipeg.

Vacant land sales of 788 in 2021 for the first 7 months are up 92% over the same period in 2020 and considerably more than the 296 sold in 2019. Clearly the pandemic has far more people working from home and an impetus for many Manitobans to look further afield in their property searches for land to build their dream home on. We are also witnessing buyers who purchased a good sized lot with an existing home to knock it down and build their modern new dream home.

The leading MLS® area for vacant land sales is the RM of Steinbach which has eclipsed 100 sales already this year. One of those sales is a multi-million dollar one which paves the way eventually for a significant mixed-use development in the city of Steinbach.

New property type sales are part of the WRREB’s MLS® market activity and you can start your search on www.winnipegregionalrealestatenews.com and connect with your REALTOR® to see what new buying opportunities are available.