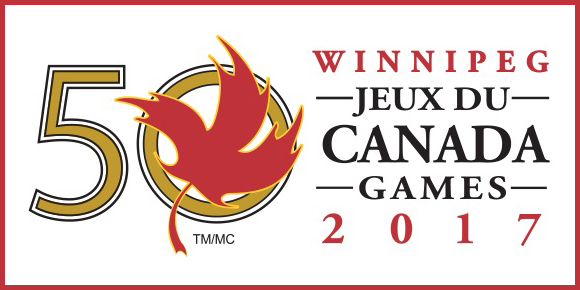 In a year’s time, the Canada Summer Games will be coming to Winnipeg.

And in keeping with the strong spirit of volunteerism that Manitoba is known for, WinnipegREALTORS® and its 1,900 members are ready to throw their full support behind the Games, which will run from July 28 to August 13.

“Marquee events such as the 2017 Canada Summer Games are ones that move our members to get behind as a community supporter,” said WinnipegREALTORS® president Stewart Elston. “We come by our support for such events honestly. In 1999, we were proud to be a Friend of the Pan-Am Games. Back then, we took on a successful home stay/home rental program that worked extremely well.”

The association will be no less enthusiastic in their support of the 2017 Canada Summer Games, added Elston.

“We’ll do our best to build awareness of the Games in the coming year,” he said. “No doubt, future Olympians will be on display for all to see up close at all of the venues. We encourage Winnipeggers, and all our members, to volunteer. After all, Winnipeg is known for being a top-notch host city with people always willing to step up and create great legacies for those who attend.”

Evan Andrew, director of sponsorship and marketing for the 2017 Canada Summer Games, said the event is a huge undertaking.

“I think the scope of the event is far larger than people initially realize,” he said. “We placed our bid for the games in around December 2012 and January 2013. It was accepted in April 2013, we put our board together in 2014 and staff was hired in January 2015. We now have 60 staff working on what is truly a very significant event.”

Here are a few figures to put the scope of the 2017 Canada Summer Games into perspective: a total of 13 teams — 10 provinces and three territories — will compete in 16 sports over a two-week time span. More than 4,000 athletes will compete, over 400 media and broadcasters will report on the event, and 500 coaches and 500 officials will be there to support and judge the various athletes.

Over 10,000 people a day are expected to attend events. And last, but not least, nearly 6,000 volunteers will be required to run the Games over the 17 days it occupies centre stage.

Those sponsors include Manitoba Lotteries (Legacy Sponsor) and James Richardson & Sons and Investors Group (Signature Sponsors). At present, 75 per per cent of the $8.7 million sponsorship goal has been achieved roughly a year from the start of the games.

Just as important, community support has been exceptional. “Support from the both the community and business community has been great. It’s going to be worthwhile, because the economic impact on the community is going to be very significant. Over the two-plus weeks that people are here for the event, we expect visitors to spend about $153 million. The Games are going to be great for the city, and province.”

They will also provide a great experience for the athletes, as well, added Andrew.

“Athletes from ages 14 to 20 will be competing, and for many, it will be their first exposure to a multi-sport competition. Former competitors include Sidney Crosby, Steven Stamkos and Genie Bouchard.  It’s going to be great preparation for them as they try to move up the latter toward elite national competition, and then possibly the Olympics. New facilities such as the Sport for Life Centre and improvements to existing ones (University of Manitoba track, Pan-Am pool bulkhead) should provide better training grounds for young athletes, and spark participation in sports.”

With the event less than one year away, the Canada Summer Games team is ready to put in any and all work required to make the event a resounding success.

“For us, it’s a labour of love,” he said. “We’re doing everything out of a passion for sports and a love for a city and province that we want to showcase. As is always the case, I expect everyone in Winnipeg to come together to put on a great event.”