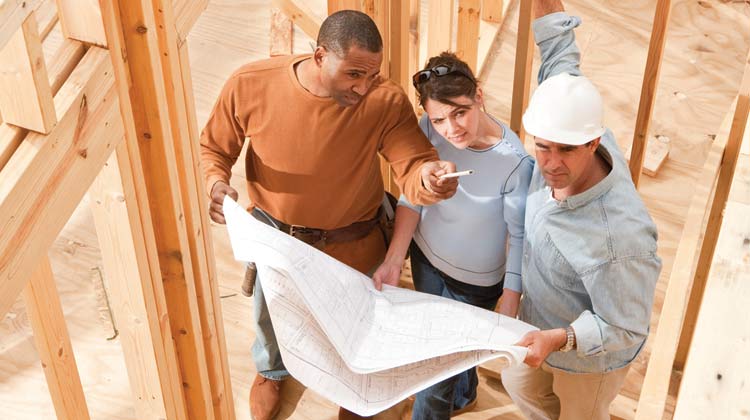 WinnipegREALTORS® is committed to helping build a better Winnipeg, supporting and endorsing initiatives that seek to establish growth while respecting and building on the existing character and fabric of our neighbourhoods. This year has been an interesting one in this respect.

The City of Winnipeg’s Office of Public Engagement has been active with its public open houses and consultations asking Winnipeggers how they want to see their city grow and develop. Topics ranged from major transportation corridors like Route 90 and the Eastern Rapid Transit Corridor to a complete review of OurWinnipeg, the city’s 25-year master plan.

In May, the OurWinnipeg Review Team announced a new OurWinnipeg Residential Growth Study which will look at how Winnipeg will best accommodate the 200,000 additional people expected to be added to our population over 20 years. This will require considerable analysis as to what areas of the city can meet this additional growth.

This new study includes three phases to help determine the mix of new housing in the downtown, infill areas (large and small), traffic and transit corridors, and new suburban sites. What will be the preferred growth scenario that will be incorporated into an updated OurWinnipeg?

The three phases include creation of evaluation criteria, residential lands evaluation and formulation of multiple growth scenarios which ultimately leads to a preferred one based on information collected and examined from the first two phases. The final two phases will not be completed until after the October 24 civic election, creating an opportunity for Winnipeggers to engage mayoral and city council candidates on future growth and development.

Also held in May, the building and development industry came together to hold a forum entitled Plan for Growth. It was an impressive gathering of residential developers, city officials and industry experts looking at the development strategies of cities like Calgary and utilizing these lessons to lead
discussion and collaborate on advancing the growth of Winnipeg.

This forum, alongside creating dialogue with expert panel discussions, had presentations on critical data requirements to identify data gaps the City of Winnipeg needs to fill in order to have evidence-based and informed decision-making to plan properly for future prosperity.

As Lanny McInnes, CEO of the Manitoba Home Builders Association wrote in a column about this
forum, “The commitment of developers and the city’s administration to collaborate on establishing and refining this data is important to all Winnipeg homeowners, present and future. Compiling sound data and information is key to developing a fact driven plan that lays out how Winnipeg will grow to a million people and identifies where development can and will take place.”

Another significant aspect regarding the growth of Winnipeg is the progress of the city’s Residential Infill Strategy. Residential infill is the process of creating new housing in established neighbourhoods or what often is referred to as mature neighbourhoods. This strategy is intended to address built form, design features, lot width and size, landscape standards, density and zoning.

Two public workshops were held in January which included WinnipegREALTORS® representatives. A summary of these public engagement sessions which were released at the end of June can be found at http://winnipeg.ca/ppd/PublicEngagement/InfillStrategy/default.stmwinnipeg.ca/

The main priorities identified from the two workshops are as follows:

The next step is the development of a draft workplan to be released in fall 2018 along with a corresponding public open house.

One area WinnipegREALTORS® is currently working on in partnership with the Appraisal Institute of Canada – Manitoba involves the contentious issue known as NIMBY (Not In My Backyard). Many new infill applications can be met with public resistance due to the uncertainty of the proposal and compounded by a relative lack of information regarding the program.

Using the comprehensive MLS® database and other sources of real estate sales information, REALTORS® and appraisers are examining the extent of how property values are impacted by new infill development. More work in this regard is being conducted this summer with a focus on those areas of the city where infill development has been more concentrated and contentious in some cases.

As indicated in the OurWinnipeg review with the need to collect and fill data gaps to inform decision-making, the same applies to the Residential Infill Strategy. WinnipegREALTORS®, in partnership with the Appraisal Institute of Canada – Manitoba, looks forward to providing good empirical based information to the city on the impact of residential infill development. It should form part of the solution towards creating more transparency and predictability around infill development.

As Winnipeg continues to sustain its positive growth and development, WinnipegREALTORS® likewise strives to align itself with respecting the existing fabric of our neighbourhoods, while advancing the benefits and positive outcomes associated with homeownership for all.