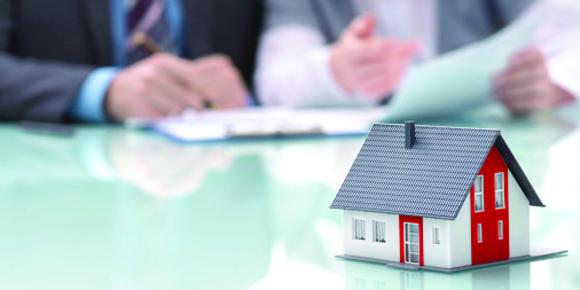 Balance is the new keyword for today’s real estate market

So much for the notion that the middle of winter isn’t a good time to buy a home.

According to WinnipegREALTORS’ January MLS® market statistics, home sales were up four per cent from last year at this time, making it the third highest sales total on record for January. Not only that, but January 2015 saw a new monthly dollar high being recorded, a figure that came in at over $150 million.

Question is, why were sales so strong? Well, several factors are responsible for the market’s solid performance. The first factor is none other than selection. Simply put, a 25 per cent increase in listings over January 2014 meant that buyers had plenty of good homes to choose from.

Second, interest rates remain low and promise to stay that way for some time as the Bank of Canada — due to the recent drop in oil prices — dropped its overnight lending rate on loans by a quarter point from one per cent to 0.75 per cent. As a result, record-low interest rates got even lower, with the prime lending rate going down to 2.85 per cent from three per cent.

However, if you were to pinpoint one factor that drove sales in January — and promises to continue to drive home sales as winter transitions into spring — it would be the local market’s balanced state, said REALTOR® Steven Vasko.

“For the last decade or so, it was a seller’s market with all the power in the seller’s court,” he said. “That’s no longer the case. Today, the local real estate market is balanced, but leaning more toward buyers. There are just so many more homes on the market to look at. As a result, buyers have more choice, which is great for them.”

While market conditions are more or less ideal for buyers, those conditions create a challenge for sellers. With so much more competition out there, it’s imperative that sellers do two things to ensure their home sells in short order: price it right, and present it properly.

“Reality is, it’s no longer a given that a home is going to sell inside a week for $50,000 over list, as may have been the case a few years ago when there was a lack of inventory. That means sellers need to rely on their REALTOR® more than ever to position their home so that it will sell quickly and at an acceptable price,” said REALTOR® Barry Greenberg.

“It’s critically important that sellers listen to the facts that their REALTOR® presents. If a REALTOR® points to comparable prices and says, ‘Here’s the real world — this is what the price of your home should be’ — then I think a seller has to listen and follow their REALTOR®’s advice.”

Vasko added that the onus is also on the seller to prepare their home so that it’s attractive to prospective buyers.

“I know it’s a bit of a cliché, but the truth is when you’re selling a home, you only get one first impression,” he said. “A home that’s up for sale has to look good on the outside and be clean and well-maintained on the inside. People are critical and nit-picky when they’re looking at homes, so as a seller, you have to do everything in your power to ensure they have nothing to be nit-picky about. If your home doesn’t present well, they’ll simple move on to the next one.” After all, there is a lot to choose from now.

Greenberg said at the same time, the onus is also on REALTORS® to do a better job of marketing homes in a competitive marketplace.

“REALTORS® have to realize that a home isn’t going to sell during an open house on Saturday from 1 to 4 in the afternoon like it used to,” he said. “A new approach to marketing is required. We have to work smarter, which is to say we have to position a home better to show why it’s a home a buyer should choose over another home. REALTORS® now have to work harder and smarter than ever to sell homes.”

The trend toward pricing homes more realistically also needs to continue, he added.

“If people think the property is priced well and has value, they’ll be happy to pay list price,” he said. “There’s no question right now is a good time to buy a home. As REALTORS®, we need to work with both buyers and sellers to encourage them to get on the same page. If sellers listen to their REALTOR® on how to market their home properly, buyers will see the value and offer them a fair price for their home.”