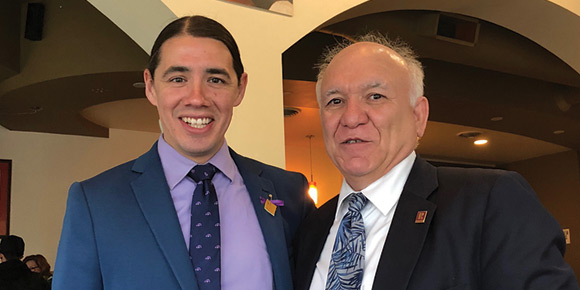 With the sunny and relaxing Victoria Day holiday behind them, our Members of Parliament (MPs) head back once again to tackle the serious business of sitting in the House of Commons, potentially with a greater appreciation of the concerns of homeowners.

In the week prior to that, many MPs had been very busy in their ridings meeting with local constituents and listening to their concerns. One group in particular was well organized and eager to meet with their MPs — REALTORS® representing the Canadian Real Estate Association (CREA). Realtors have always been committed to working closely with MPs and senators to help them stay informed about the real estate industry. At the same time, CREA works tirelessly on behalf of the public and its Realtor members to keep on top of all matters affecting the Canadian real estate market, be they economic or political, that can impact members’ ability to serve their clients more effectively, or that directly affect homeownership.

Understanding Canada’s complex housing market is critical, and Realtors play an instrumental part in this. Realtors enable the smooth functioning of this important market, which is a key component and driver of Canada’s overall economic stability. Housing market activity is a key generator of jobs and economic activity. In the latest Altus Group Report on the economic impacts of MLS® systems home sales and purchases in Canada, it was determined that, based on the annual average of 504,538 home sales processed during the period between 2014 and 2016, ancillary spending attributable to moving totaled more than $31 billion per year. A total of 220,065 direct and indirect jobs resulted from housing sales.

The total spin-off spending for Manitoba on an annual basis is $741 million with roughly $52,500 in spin-off spending for every real estate transaction. Not surprisingly, estimated expenditure breakdowns for ancillary spending relating to a house transaction includes a number of services and goods such as furniture, appliances, renovations, a myriad of professional services including Realtors, and taxes.

In order to keep our local MPS informed, WinnipegREALTORS® regularly provides each one with market updates based on their constituency boundaries. These reports focus on level of sales generated, since a drop-off in market transactions means less economic activity, directly resulting in a decline in employment. The average house price is also noted since it can fluctuate every year as well.

While updating these MLS® market reports prior to presenting them to MPs, one item stood out in particular that was also one of the key issues highlighted by CREA — housing affordability. Affordability is negatively impacting our local housing market. For the first four months in 2018 compared to the same period in 2017, Elmwood-Transcona home sales were down 14%, Winnipeg North 16% and Winnipeg Centre decreased 19%. These are significant decreases, especially in a market known overall for its stability and resiliency.

One factor in particular that can be attributed to this decrease in home sales activity is the federal government’s misguided attempt to address the overheated markets specific to Ontario and British Columbia without considering the collateral damage that would occur in balanced regional markets that did not need such heavy-handed intervention.

It was not as if the federal government had not previously heard from the real estate industry prior to enacting two federal stress tests in less than two years — one making it harder to qualify for insured mortgages, and another brought in January 1, 2018, on uninsured mortgages where the down payment is 20% or more.

In WinnipegREALTORS®' 2016 submission on Canada’s National Housing Strategy, it was made clear that  the federal government was going down the wrong path by applying an across-the-board blanket stress test to every market across the country. All markets are local and behave very differently from each other. Each market is affected according to unique local factors, including the current ebb and flow of supply/demand drivers or inhibitors. As stated in the submission, “to take a one size fits all macro solution to cooling down some overheated markets can be counterproductive to helping Canadians achieve homeownership in very different markets across the country”.

When Winnipeg Centre MP Robert Falcon-Oullette saw the real estate market report for his area — which included 31 fewer sales for the first four months — he put a human face on those numbers when he told Realtor Kourosh Doustshenas that that meant there were 31 less families buying a home this year. Why this is necessary is unclear. According to the Canadian Bankers Association mortgage arrears table at the end of January 1, 2018, there were only 368 mortgages in arrears in Manitoba out of 122,835.

In CREA’s commentary on the housing affordability issue, it stated the following: "Housing affordability continues to be a concern for a large group of Canadians. House prices are out of reach for many in the middle class and millennials are struggling to afford their first home. Homeownership, especially for first time home buyers, plays an important role in moving people along the housing spectrum and freeing up existing stock. Without addressing affordability challenges for prospective homeowners, a significant segment of the population is being ignored. All real estate is local, and changes that attempt to regulate two key markets could have a negative impact on smaller, regional markets. While Realtors understand the importance of healthy, competitive and stable housing markets, there are concerns about the potential unintended consequences resulting from consecutive mortgage amendments."

CREA can be assured, as well as those potential home buyers in Winnipeg which are now no longer able to buy a home under the new stress test, that our local Realtor representatives have been making it very clear to their MPs that the stress test is having unintended consequences on markets that should never have been subjected to this increased financial scrutiny and intervention.