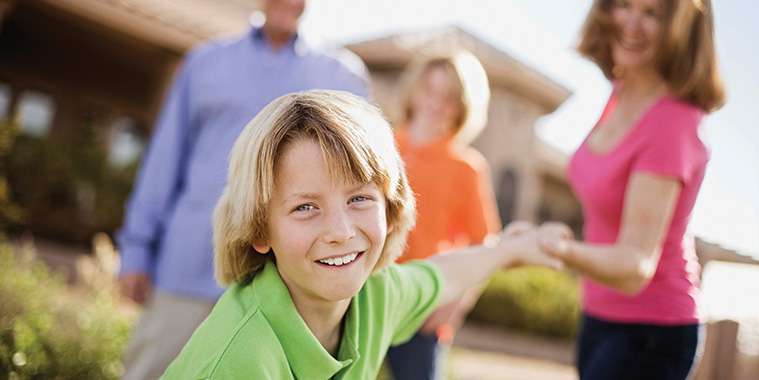 Home Stay Program contributed to Pan Am Games 20 years ago

In 1994, Winnipeg’s landscape was considerably different than it is today.

Back then, the Winnipeg Jets were still part of the NHL, the Winnipeg Goldeyes had been resurrected to compete in the fledgling Northern League — and Winnipeg had beaten out Santo Domingo, Dominican Republic and Bogota, Columbia, to win the hosting rights for the 1999 Pan American Games.

On the one hand, landing the Pan Am Games was a major coup for the city. On the other, it was a huge undertaking.

In four years, over 5,000 athletes from 42 nations were expected to invade River City to compete in 35 different sports from July 23 to August 8.

And while the athletes had a place to stay — the University of Manitoba’s student residences were slated to serve as the Games’ Athletes Village — many people wondered where the other visitors to the city were going to stay.

That was something that occurred to a group of REALTORS® at the then-Winnipeg Real Estate Board (WREB) in 1997, (now WinnipegREALTORS®).

“At that time, a bunch of us looked at the Games and realized that there might be a shortage of places for people to stay,” recalls retired REALTOR® Hannon Bell. “Back then, there weren’t as many hotels and motels as there are now, so we wanted to try and do something to make up for the possible shortage of accommodations.”

Eventually, the initiative was given a formal name: The Home Stay Home Rental Program, which was to run from July 17 to August 9.

With Bell now at the helm as program chair, a group of 50 to 80 REALTORS® set to work.

“We got the word out, and started taking applications,” he said. “Ultimately, we got about 5,000 applications. We then sent REALTORS® out to inspect homes — we’d held training sessions to show them how to do proper home assessments — and then set about selecting the best homes. In the end, about 1,100 homes were accepted.”

As usual, Winnipeggers stepped up to help in a time of need, adds Bell.

“People were open and very willing to open their homes up to anyone who needed a place to stay. At the same time, the visitors were very respectful of their hosts. As far as we were able to determine, there weren’t any problems at all.”

“Our group of REALTORS® didn’t hesitate to step up,” he says. “It was a real team effort. They got caught up in the volunteer spirit of the Games. They were happy to do their part to ensure the Games came off without a hitch and showcased Winnipeg in the most positive light.”

It was truly a special time, says Bell.

“Without question, it was a huge undertaking for us, but everyone stepped up to the challenge. It was a great thing for all the REALTORS® involved. Friendships were formed, many of them lasting to today. We just wanted to help provide a better experience.”

Most of all, Bell and his peers just wanted to serve and show civic pride at a critical juncture in the city’s history.

“I think we all wanted to go beyond just being a REALTOR®. We work with people from all parts of the city every day to help them buy and sell homes, so we just wanted to give back to the community. Everyone came together to do their best to meet a need. The Home Stay Program was a success, and we all played a part in making it work.”

Now, as then, REALTORS® in Winnipeg and across the province do their best to give back to the community.

Initiatives such as Gimme Shelter, an annual event that raises funds for the Manitoba Real Estate Association’s (MREA) Gimme Shelter Foundation, and many other events raise money for charities on a regular basis.