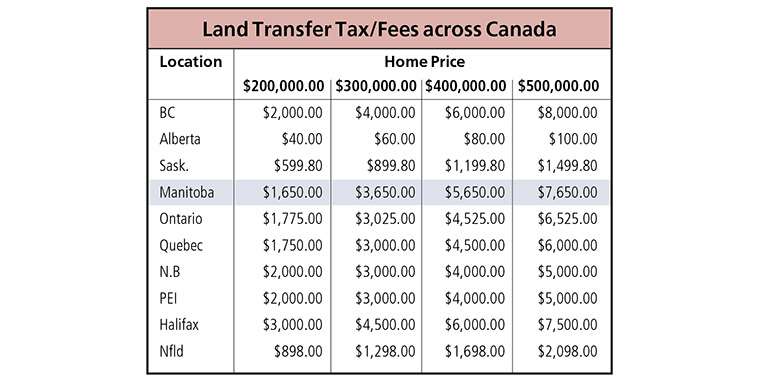 Election 2019 officially kicked off Monday, August 12. All candidates are off and running and before you know it, the September 10 election date will be here. That gives you 24 days as of this publication date to ask the candidates about the issues that matter most to you.

If some of the requests REALTORS® advocate for are addressed within the four-week campaign, and eventually implemented by the victorious political party, that would be absolutely incredible. However, this is not something REALTORS® can count on with so many competing demands and finite resources to meet them.

This does not mean REALTORS® do not continue to advocate knowing what a difference these issues can make for Manitoba. One particular challenge we’ve raised during this election — and which has been put forward before — is how to lessen the property tax burden on homeowners. This will make a difference both to Manitobans aspiring to buy a home as well as current property owners.

Let’s start with Manitoba’s land transfer tax (LTT) which was introduced in 1987 as a revenue-neutral tax to pay for the cost of transferring your property. It recognized that first-time buyers would be challenged to come up with the required down payment and other closing costs. Therefore, the first $30,000 of property value was exempt from the tax. At that time, an average-priced home in Manitoba sold for around $80,000, so first-time buyers were somewhat cushioned from the tax which was — and still is — 0.5% from $30,000 to $89,999. Even if you bought a home valued at $60,000, your cost would be $150.

Fast forward to 2019 and things are entirely different and far more expensive. The LTT can be a deal-breaker as it has become a significant closing cost which is separate and apart from qualifying for your mortgage after meeting the mortgage stress test requirement.

If we are truly serious about becoming aligned with other provinces in how we treat our citizens’ desire for homeownership, it becomes readily apparent that Manitoba is out of step when you see the cross-Canada LTT chart comparison. This is especially the case when you compare the two other Prairie Provinces. Athough in fairness to Alberta, they really do not have a land transfer tax, while Saskatchewan’s can be considered more of a fee.

Take a $300,000 home purchased by a first-time buyer in today’s market where family homes can sell at a much higher price point, and where in July 2019, over half of the homes sold over this price in the Winnipeg Metro Region. Including both land transfer taxes and fees to transfer a property upon a home purchased, you will pay $3,720 in Manitoba, $899.80 in Saskatchewan and just $60 in Alberta.

While you can see from the LTT chart in provinces like British Columbia (BC), Ontario and Quebec, which are also high when it comes to levying an LTT, they all recognize first-time buyers should be given special consideration owing to the difficulty they have in coming up with a down payment and all of the required closing costs (including the LTT) to buy a home.

Beyond encouraging all provincial parties to consider LTT relief as part of their 2019 election platform for the sake of making it fairer to homebuyers, there is also a good economic argument to be made in favour of making LTT less onerous and punitive on homebuyers.

First, for every home sale that occurs, there is $54,900 in direct and indirect economic spin-offs in the Manitoba economy. One job is created for every three housing transactions. Second — and this is something that should be seen as an opportunity given how expensive housing has become  in other major Canadian housing markets where millennials and newcomers are being shut out of the homeownership market — is an effort to make purchasing a home more attractive in Manitoba.

By making homeownership more affordable, especially for first-time buyers, Manitoba can take advantage of its housing affordability to not only attract Canadians from across the country to consider Manitoba as a place to live and raise a family, but  to retain its own millennials and newcomers who  may be uncertain about setting down roots here.

Economic Development Winnipeg (EDW) is already touting Winnipeg’s housing affordability, so it is a matter of getting everyone on board and looking at ways to make the value proposition that much better.

Without time to cover it fully in this column, another area the provincial parties need to consider in terms of making homeownership an advantage in Manitoba is to lessen the education tax burden on property owners. The school board mill rates outflank municipal mill rates in Manitoba (the education portion can be as high as 80%) and that is unacceptable. Education is a core provincial service yet relies on property owners to pay a significant portion of the budget. The province of Manitoba must find a way to reform education finance so it is possible to provide substantive relief to property owners.

It should be noted, while early in the election cycle, the Manitoba Green Party has released its platform on education and called for revising the funding structure of public schools to ensure equitable funding for education. They go further to say property taxes should not be funding education.

Election day is September 10. Many Manitobans may choose to take advantage of the advanced polls which opens Thursday, August 29 through to Thursday, September 5. Visit www.electionsmanitoba.ca to locate your voting place.

REALTORS® will continue to advocate for Manitobans aspiring to buy a home and lessen the property tax burden. We look forward to what comes from this provincial election and encourage you to ask candidates questions which matter to you. Affordable homeownership should be one of them.