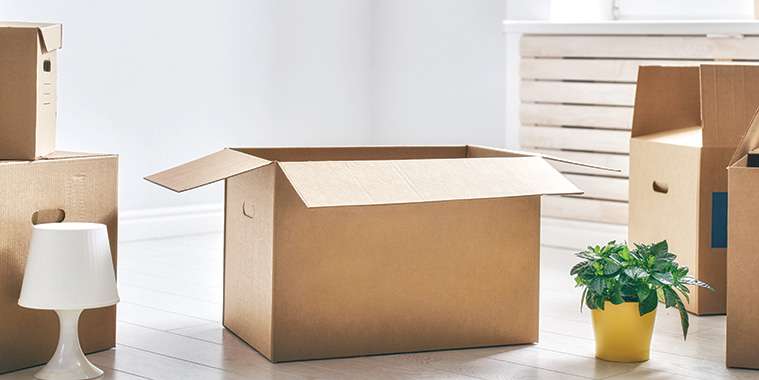 You’re moving! And along with a new address, you get to enjoy a fresh start at life. OK, maybe you can’t easily erase everything from your past — nor would you want to — but it is a good opportunity to break old habits that weren’t helping, or were costing you money without much payback, or were causing more headaches than they solved.

For instance: If you usually have a landline phone, consider cutting the cord and going cellular. Or since you’re changing your mailing address, sign up for paperless delivery of your important bills. Here are six other ways to change up your home life and daily routine for the better.

1. This time, actually unpack all those boxes

When people move, they eventually get tired of unpacking after a few weeks (and who can blame them?). And once you’ve unpacked the essentials, it’s easy to take a break from unpacking — never to go back.

“Whether it’s four more boxes or 14 more, you don’t want them sitting in that same spot until your next move,” says Kelly Tenny, content and social media manager for Zippboxx.com, a moving and on-demand storage company. So after you’ve moved households, make a realistic goal of when you’d like to have everything unpacked — and stick to it!

When you move, it’s a good idea to look at all the deductions from your bank account.

Services with auto-renewals you simply forgot to cancel — like that streaming channel that you subscribed to for just one show, or a magazine that goes straight to the recycling bin — can add up to a lot being deducted from your bank account.

“When my wife and I moved, we went through our budget line by line,” says Mark Aselstine, founder of Uncorked Ventures. “We found subscriptions and subscription boxes — admittedly mostly for the kids — were starting to pile up unused.”

Aselstine canceled the subscriptions his family no longer used and kept track of their savings.

“When my wife and I looked into cable TV plans in the area we were moving to, we were met with plans that totaled $130 per month,” says Aselstine. He realized the pared-down local internet service provider cost only $35 a month; that, combined with Netflix for $10 and other cheap add-ons, could meet most of his TV needs for much less.

Already subscribed to streaming services? Make sure you use them all; if not, it’s time to pare down, or go back to good ol’ public TV! That’s what photographer S.J. Brown did when she moved into a house that had an antenna.

“For the price of one month’s cable, I had it reconnected and am now enjoying free television,” Brown says.

4. Switch to energy-efficient lightbulbs and dimmers

You’ll be handling all of your lamps when you move, so why not make the swap to energy-saving LED lightbulbs? These lightbulbs can help the typical home save about $1,000 over 10 years. And while dimmers are best known for their ability to improve a room’s ambiance, these devices also reduce energy consumption and cut costs on your power bill, leaving more money in your wallet.

5. Resolve to keep records of all of your home improvements

Even though you just moved, you never know where life is going to take you. A surprise job offer may have you selling your new house sooner than expected.

“Having a record of when you fixed something at a glance is hugely helpful,” says Messenger.

If you bought your current digs, those records will also help with capital gains. And from a budgeting perspective, you’ll know when the last time major systems such as the furnace, air conditioning, or roof were maintained, so you can budget for future upkeep.

“If you’ve been in a house for years, chances are you learned to live with some deferred maintenance–type things,” says Messenger. When she moved, Messenger made it her mission to always keep her house tidy in case someone stopped by for a surprise visit.

“It’s challenging with pets, but I feel much more pride in my new home knowing I’m taking care of it,” she says.