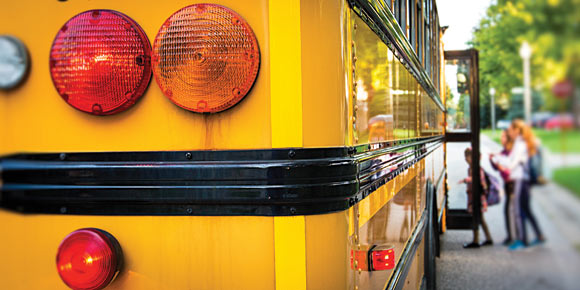 Children will easily adjust to new home and school

Moving with children can be tricky at the best of times, but relocating into a new neighbourhood or city — where they have to change schools — adds a whole new level of complexity.

If you’re lucky enough to move into an area where your children already have friends, the transition to a new school likely won’t be as daunting. Starting with a clean slate, however, requires some homework by the teacher, principal and other school officials.

The more preparation that goes into the school switch, the better, said Myrna Hagues, a counsellor at River Park West, a Kindergarten to Grade 8 school in west Winnipeg

“It’s important for the child to visit and tour the school ahead of time and meet their teacher before they go into the classroom. Before the first day of classes, school offices are open and there are plenty of people around to answer questions,” she said.

It’s much easier for a Kindergartener to change schools than it is for a student in high school, particularly if they’re going into their graduating year, she said.

“With five-year-olds, everybody is new. It’s important for them to have friends, and a lot of the time, parents drop them off at school and build up a network of other parents so they can set up playdates to help your child make those connections. At that age, the parents have a lot to do with that,” she said.

Even children going into Grade 1 and 2 don’t have that much difficulty with the move because they haven’t really established strong friendships. That changes by high school.

Hagues said it’s easier for older kids to adjust to a new school if it’s one of the bigger ones in town because there are more classrooms and more than a few new kids. In smaller schools, however, it can be more difficult for new students to break into already-established groups of friends.

“Teachers have to help with that. Usually, we’ll buddy them up with somebody when they first come in. I’ll do check-ins to see how things are going, who they’re hanging out with, if they’re having any difficulties and if they have any questions or concerns,” she said.

A crucial element in making a successful move is joining extra-curricular activities, whether it’s the running club, intra-mural volleyball, choir, badminton or the basketball team.

“Teams will travel together to another school to play games and tournaments on weekends. It’s a good opportunity to form friendships. It’s the same thing in choir or the musical. That’s really important for kids, it helps them become part of the school,” she said.

“The location of schools form part of the consideration package when looking to buy a new home,” said Chris Dudeck, president of WinnipegREALTORS. Other things on the wish list can include the neighbourhood, proximity to work and family, as well as familiarity with the area.

But not all neighbourhoods are created equal when it comes to education. For example, Island Lakes has a Kindergarten to Grade 8 school while nearby Royalwood doesn’t.

“In Island Lakes, there’s the potential for your child to walk to school in the morning and back home in the afternoon. In Royalwood, your kids are picked up and dropped off by a school bus,” Dudeck said.

Sometimes the side of the street on which you live can play a role in what school your child goes to. There’s a street in Royalwood, for example, called John Bruce Road, where if you live on one side, you’re in the catchment area of J.H. Bruns Collegiate, but on the other side, you’d be going to Dakota Collegiate.

With a little bit of homework on the part of the parents, a child’s transition to a new school and neighbourhood can be effortless, so go ahead and buy that new home you’ve always dreamed of owning.