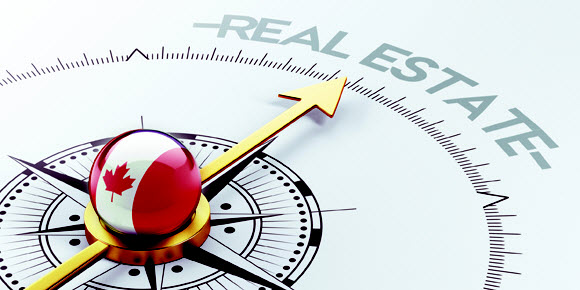 It has been a rather tumultuous year for some markets in Canadian real estate this year, especially Toronto, as it has really come down from earlier overheated activity. The Golden Horseshoe (greater Toronto region) is finally settling down, although it still remains so influential in the national market, owing to its size in relation to the overall Canadian sales and its impact on the average sales price level.

Below are some excerpts from CREA’s updated forecast, which predicts lower sales activity than originally forecast for 2017 and 2018. Not surprisingly, Ontario is the main reason that CREA’s forecast adjustment is heading downward.

So far, WinnipegREALTORS® MLS® sales are slightly ahead of last year’s record-breaking pace with 3 1/2 months to go.

Manitoba residential sales in CREA’s adjusted market forecast are predicted to end the year up one per cent and then decrease by 0.4 per cent in 2018. According to the average price forecast, Manitoba will see a 2.8 per cent increase this year to $285,300 (includes all residential property types) and will be up less in 2018 at 1.6 per cent.

It can be said Manitoba’s and the WinnipegREALTORS® market region are a sea of calm compared to some of the fluctuations going on elsewhere in the country. The city and provincial markets are far more steady and predictable.

According to CREA’s updated forecast for home sales activity in 2017 and 2018, housing market trends continue to diverge considerably among regions along four general themes: British Columbia; the Greater Golden Horseshoe; oil and natural resource dependent provinces; and everywhere else.

In Ontario, housing market sentiment has sidelined more buyers than was previously anticipated, following changes to provincial housing policies aimed at reining in housing markets in the Greater Golden Horseshoe region announced in April. Activity has begun to show tentative signs of stabilizing among markets in the region, but is down sharply since March amid a rapid shift in housing market balance and increased cautiousness among home buyers.

Because the region is home to a quarter of the Canadian population, changes in sales activity there have a large influence on results for the province and nationally.

The downward revision in the national sales forecast primarily reflects the drop in Ontario home sales, which are projected to rebound only partially later this year. Because home prices in the Greater Golden Horseshoe region are well above those in much of the rest of Canada, the decline in Ontario’s share of national sales is also responsible for much of the downward revision in the national average price forecast.

In British Columbia, activity appears to be stabilizing somewhere in between the highs of early 2016 and the lows of late 2016 and early 2017.

To varying degrees, housing markets in Manitoba, Northern and Eastern Ontario, Quebec, New Brunswick, Nova Scotia and Prince Edward Island had a breakout year in 2016, with rising sales drawing down previously elevated levels of supply. Inventories in these regions have continued to decline this year.

Nationally, sales activity is forecast to decline by 5.3 per cent to 506,900 units in 2017, which represents a drop of more than 20,000 transactions from CREA’s forecast published in June. The decline stems almost entirely from the downward revision to the forecast Ontario home sales. Sales in British Columbia and Ontario are both now projected to decline by about 10 per cent in 2017 compared to all-time records set in 2016.

The national average price is forecast to rise by 3.4 per cent to $506,700 in 2017. This marks a downward revision to the previous forecast, mostly reflecting fewer high priced sales in the Greater Golden Horseshoe region.

In 2018, national sales are forecast to number 495,100 units, representing a decline of 2.3 per cent compared to the 2017 forecast. As is the case this year, most of the annual decline in sales next year reflects an expected decline in Ontario sales, with activity anticipated to remain well below the record-levels logged in early 2017.

The national average price is forecast to edge lower by 0.6 per cent to $503,500 in 2018, in large part reflecting a record number of high-end home sales in and around Toronto in early 2017 that is not expected to reoccur in 2018.