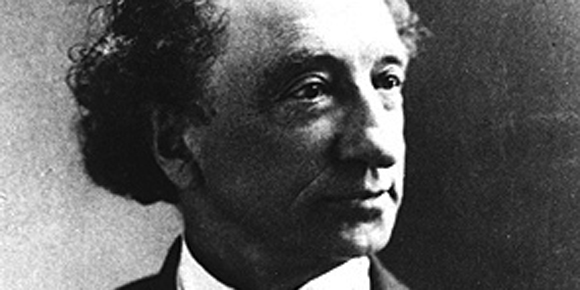 A Canadian titan was born 200 years ago

“It may indeed happen, Sir, when the Canadian people see the ranks thus gradually reduced and thinned of those upon whom they have been in the habit of relying for guidance, that a feeling of apprehension will creep into the heart lest, perhaps, the institutions of Canada be imperilled. Before the grave of him, above all, was the Father of Confederation, let not grief be barren grief; but let grief be coupled with resolution, the determination, that the work in which Liberals and Conservatives, in which Brown and Macdonald united, shall not perish, but that though United Canada may be deprived of the services of her greatest men, still Canada shall and will live.”

Those words were spoken by Sir Wilfrid Laurier on June 8, 1891, in the House of Commons as a eulogy to Sir John A. Macdonald who had passed away two days earlier. Although Laurier was a member of a different political party, the future prime minister praised the past prime minister, conferring upon Macdonald the respect that he well deserved for the numerous contributions he had made to the nation, the most significant being the union of four self-governing provinces into a new entity called Canada.

But while the Liberal Laurier freely recognized the contributions of the Conservative Macdonald, the passage of time has not been as kind to the memory of Canada’s first prime minister. In the U.S., a man of Macdonald’s stature would be honoured in the same way as George Washington — with a celebration of his birthday as a national holiday. Presidents’ Day, honouring all past presidents of the U.S., is more commonly known to Americans as the birthday of Washington. The national holiday falls on the third Monday of February to coincide with Washington’s birthday of February 22. And, while most Americans are well-versed about the life and accomplishments of their first president, the same cannot be said of Canadians and their first prime minister who was born on January 11, 1815. Survey after survey shows that a significant percentage of Canadians are unable to name Macdonald as their nation’s first prime minister. The debt we owe this man is thus rarely attributed, let alone acknowledged.

Yet, there are some — although not nearly enough — who do celebrate Macdonald’s birthday. The Manitoba Historical Society honours him through its annual Sir John A. Macdonald Dinner, now in its 50th year, to be held on January 17 at 6 p.m. at the Hotel Fort Garry. Tickets are $110 each for non-members and are available by calling 204-947-0557, or e-mailing to  info@mhs.mb.ca.

This year’s guest speaker is Toronto Star columnist and author Richard Gwyn, who has written a two-volume biography of Canada’s first prime minister. The first volume covers the period from Macdonald’s birth in Scotland to Confederation. The second volume covers Macdonald’s long stint as prime minister from 1867 to his death in 1891. His tenure as prime minister was interrupted by the infamous Pacific Scandal, which involved Macdonald and his associates being accused of taking bribes — $350,000 to win the 1872 federal election — in exchange for awarding the trans-continental railway contract to Sir Hugh Allen’s Canadian Pacific Railway Company, which was backed by the U.S.-based Northern Pacific Railway. Besides the fallout from taking bribes, Macdonald had also made a public promise not to award the contract to American financiers. In the wake of the scandal, Macdonald resigned as prime minister on November 5, 1873. The Conservatives were relegated to the Official Opposition following the federal election of 1874. Macdonald served as the leader of the Opposition until the Conservatives regained power in 1878.

Born in Glasgow, Scotland, Macdonald arrived in Canada with his parents when he was five years old. A lawyer by profession, Macdonald is noted for his political prowess, forging the alliances that would unite a nation. To this end, he abandoned partisan politics and joined with his bitter rival George Brown, a Grit, to lay the groundwork for Confederation.

Once Confederation was attained, Macdonald then turned his attention to ensuring the future of the Dominion, which was under the threat of American annexation, by pressing ahead with a trans-continental railway. It was Macdonald’s perseverance in the face of adversity and scandal that ensured the Canadian Pacific Railway was built.

Under his term in office, Manitoba, British Columbia and Prince Edward Island were added to Canada. He also negotiated the purchase of the vast holdings of the Hudson’s Bay Company, adding significantly to the Canadian landmass.

His aspirations of a nation occupying the entire northern portion of the continent didn’t always go smoothly. Manitobans should be familiar with his misstep of sending in surveyors before the agreement for the HBC land purchase was completed and thus antagonizing the Red River Settlers, especially the Métis — a mistake that led to the Red River Resistance of 1869-70. His failure to learn from this mistake also led to the North-West Rebellion of 1885 and the subsequent execution of Louis Riel.

He has been criticized for his role in claiming large extents of land from aboriginal people for construction of the CPR and white settlement of the prairies. But what should be noted is that this was primarily a peaceable process with treaties preceeding the railway and settlement, while in the U.S., treaties only arose after aboriginal land was conquered by force of arms and the death of thousands.

Macdonald also created the North West Mounted Police with the goal of ensuring the fair treatment of aboriginal people — equal justice for everyone on the plains — and the removal of American whiskey traders from the prairies.

Macdonald had his personal demons and foibles — he was often laid up for days on end because of his drinking —  but he also had an endearing personality that made jest of his enemies and his friends in a disarming way. While in Washington, Macdonald, in a conversation with a Senator’s wife, was asked if he was from Canada. He replied in the affirmative. Then this exchange followed:

“You’ve got a very smart man over there, the Honorable John A. Macdonald.”

“But they say he’s a regu’ar rascal.”

“But why do they keep such a man in power?”

“Well, you see, they cannot get along without him.”

It was at this stage that her husband appeared and introduced her to the Honorable John A. Macdonald.

A rascal, a scalawag, a drunk, Macdonald was all of those things, but he was also the most accomplished politician of his day and his enormous drive helped create a nation for which we all should be grateful.

This article was originally published January 16, 2015.