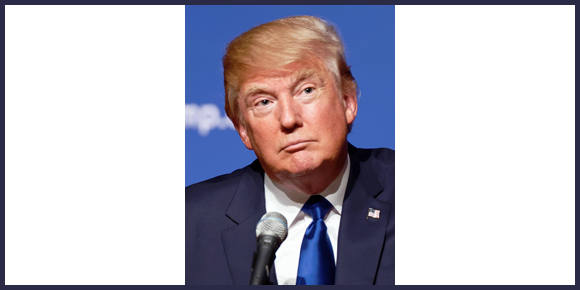 For Canadians, the election of Donald Trump, the Republican candidate, as U.S. president would bring troubled times, judging by his rants about the North American Free Trade Agreement (NAFTA) and other trade pacts.

Trump called for “a total renegotiation. If we don’t get a better deal, we will walk away.”

His targets of trade tirades are inevitably China (he says they don’t “play fair” on trade) and Mexico — Canada doesn’t rate a mention on trade, but Trump blasts our health care system — alleging trade deficits have been generated by Americans buying far more from the Chinese and Mexicans than they sell to them. As well, he targets Ford and other major American companies for sending jobs south to Mexico.

“Americanism, not globalism, will be our new credo,” said Trump.

On the other hand, Hillary Clinton, the Democrat candidate for president, is less strident in her attacks on NAFTA, saying that she only wants a “timeout” on new accords until she feels the issue of trade is adequately studied.

If elected Clinton, as a seasoned politician, would be more apt to simply ignore what happened on the campaign trail and retain the trade agreements her husband, former U.S. President Bill Clinton, championed.

While NAFTA has led to losses of manufacturing jobs in the U.S. Rust Belt — jobs that would probably have been lost anyway — the agreement has had significant economic benefits in the U.S., Canada and Mexico by integrating trade. Ending NAFTA does not guarantee that jobs lost to Mexico will return to the U.S.

Trump is now celebrating his new-found freedom from the Republican establishment. He said the “shackles are off” and he can now fight “for the America I want to.”

The presidential candidate should be warned to be careful for what he wants. History — which isn’t Trump’s strong suit — shows that returning to “Americanism,” in terms of trade, is a very bad idea. The biggest lesson comes from the Great Depression. Six weeks before the Smoot-Hawley Act (imposing high tariffs on a wide range of foreign imports) was signed into law, 1,028 U.S. economists  warned: “There are already many evidences that such action would inevitably provoke other countries to pay us back in kind by levying retaliatory duties against our goods.”

The warning issued in the petition was echoed in diplomatic communications from 24 nations after the act’s passage in the House of Representatives and prior to its debate in the Senate. The countries promised that if the U.S. enacted “beggar-thy-neighbour” protectionism, retaliation would soon follow. Despite the widespread condemnation, Smoot-Hawley passed the Senate and President Herbert Hoover signed it into law on June 17, 1930.

Retaliation was swift and onerous. The purpose of the act may have been to protect American jobs, but in the year following the 1929 stock market crash, the U.S. unemployment rate was still just 7.8 per cent, while within three years it had escalated to 25.1 per cent.

One of the first countries to react was Canada, which imposed surcharges on 125 major American products. In 1932, Canadian Secretary of State, Charles H. Cahan, told delegates to an economic conference in Paris: “When the depression came, you (the U.S.) stopped investing in Canada, and put up tariffs in the past two and one-half years so we had to do everything possible to avoid buying too much from you. We therefore put up our own tariffs and added surtaxes.”

In the end, nearly 60 nations imposed tariffs on American and foreign imports resulting in a virtual standstill on world trade.

“The Great Depression and the global trade war fed on one another to produce the most devastating economic chaos of modern times,” wrote U.S.-based Lehigh University international relations professor, Bruce Edward Moon, in Dilemmas of International Trade. Such an interpretation is widespread among economists and historians.

Economist Allan Meltzer wrote in 1976 that the tariffs imposed by Smoot-Hawley converted a “sizable recession into a severe depression.”

Besides the resulting economic chaos, the severity of the Great Depression led to the German unemployment rate exceeding 40 per cent, fueling Nazism under Hitler and diminishing trade prospects for Japan. This resulted in a strengthening of militarism in that nation — the worst bloodbath in world history ensued. In South America, the lack of exports and economic calamity resulted in more than half of the continent’s nations experiencing civil wars.

In 1944, Harry Hawkins, the deputy to U.S. Secretary of State, Cordell Hull, noting the chaos protectionism had inspired, said, “Nations which are economic enemies are not likely to be political friends for long.”

Neither Canada nor Great Britain became avowed enemies of the U.S., but increasingly cast off the U.S. as an economic partner. In August 1932, new trade agreements were signed between nations then comprising the British Empire, including Canada, during an Imperial Economic Conference in Ottawa. Britain agreed to give Canadian goods a greater preference in its market while raising tariffs on U.S. goods. In return, Canada allowed British exporters to apply for lower tariffs. These actions were universally scorned in the U.S., as the agreement included Canadian wheat, lumber and copper — products which the U.S. had previously exported to the United Kingdom. As the retaliatory measures piled up, Democratic presidential candidate Franklin Roosevelt blamed Hoover for failing to veto Smoot-Hawley. Although the act was just one contributing factor, Roosevelt emerged as the new president of the U.S. in 1933.

The Oxford Dictionary of Economics makes an interesting point about protectionism: “Some politicians regard protectionist measures as desirable for their own sake; many who do not approve of protection still support it, as they cannot afford to lose the votes or financial support of those who demand it.”

Touring the Rust Belt states when campaigning for president, Barack Obama told the jobless he would amend the North American Free Trade Agreement to make it more favourable to American workers. When Canadian officials protested against this promise, an Obama aide assured them it was only a political ploy to win votes and NAFTA would not be up for renegotiation if Obama was elected — he was, and he didn’t renegotiate NAFTA.

In the case of Trump, there is no question that as U.S. president he would jump at the opportunity to rip up NAFTA, despite the dire consequences for his own nation. But let’s not get overly concerned, as Trump is on the verge of becoming totally unelectable, as noted by his Republican colleagues, who are deserting a sinking ship.