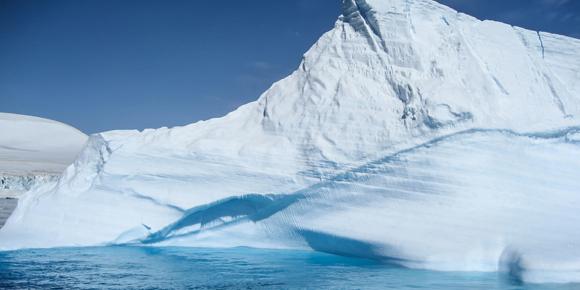 The tip of the redundancy iceberg

Reader, Evelynne La Salle, is unhappy with the

redundant language used by professional writers and others who get their words published.

She cites a May 27 Globe and Mail story about the recent Conservative Party Convention in Vancouver wherein Stephen Harper is described as, “the one single leader” that party has ever had.

La Salle’s letter opens the door on more than one subject worthy of discussion. The deterioration of quality in professional journalism is so obvious even a grade school child can easily find distressing examples of bad grammar and language misuse in most publications.

Michael Platt of Postmedia Network gave us this gem, published in a December, 2015, issue of the Sun: “It took them three hours to scale back down the mountainside.”

There are more than 25 definitions of scale in the OED including, “an apparatus for weighing,” “a thin plate; lamina, or flake of any kind,” “any of the graduated series of sound into which the octave is divided,” and, “to ascend; to climb up.”

There’s no mention of scaling down because we absolutely do not use scale that way.

But, let’s return to La Salle’s beef. She is disturbed

by perceived redundancy, that is, by unnecessary

My own pet peeve in this regard is “revert back.” Revert is from the Latin, re (back) and, vertere (to turn back). When we use revert back, we’re saying the same thing twice. Yet, this phrase is heard on air and seen in writing nearly every day. I heard it three times in a single June airing of Parliament’s Question Period.

A Free Press editorial of May 20 used it this way: “There’s little doubt Mr. Mulcair was reverting back to his familiar angry-guy stance.”

In December, 2015, the Sun quoted Probe Research president, Scott MacKay: “What some people are hoping for is that this horse-trading between the disgruntled New Democrats and the Liberals will actually revert back again.”

Revert back and one single are but the tip of the redundancy iceberg. Consider the following phrases, so commonly used they’ve become idioms — “to all intents and purposes,” “free gratis,” “ways and means,” “kith and kin,” “null and void,” “part and parcel.”

Redundancy, correctly called, tautology, is a 16th-century word from the Latin, redundantem (to surge). Tautology, also 16th century, is from tautologia (repeating what has been said).

Fowler notes that attaching unnecessary words to a word or phrase is also redundancy. He calls this practice, “abstract appendage.” He also warns that using again or back with any word beginning with re is always wrong. In addition to revert back, he mentions repeat back and return back.

Here are a few abstract appendages most of us have probably been guilty of using: “After the conclusion”(after), “At the present time” (now); “During the time that”(while); “In the event that”(if); “At this point in time”(now); “In order to” (to); “Due to the fact that” (since); “Few in number”(few); “Each and every” (every).

La Salle’s example, one single, can be classified as an abstract appendage — still a redundancy.