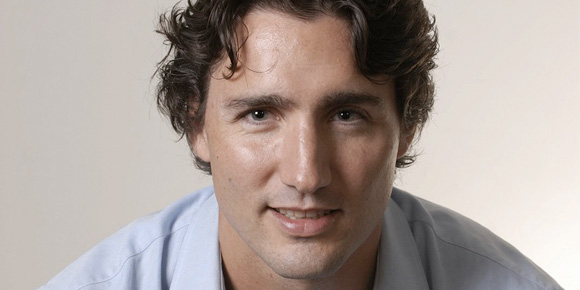 Jean Chretien was the last Canadian prime minister to be officially invited to a state dinner at the White House and that was way back in 1997 when Bill Clinton was the U.S. head of state. Canadian Prime Minister Justin Trudeau, who is on quite friendly terms with the U.S. president — by all accounts Obama was delighted that Trudeau became the new leader of the nation — is being feted at the White House. A state dinner at the White is an honour afforded only a select group of heads of state during the tenure of a president.

Obama gushed with enthusiasm when they first meet at a summit in the Philippines in the fall: “I think we’ve seen the incredible excitement that Justin generated during his campaign in Canada. We’re confident that he’s going to be able to provide a great boost of energy and reform to the Canadian political landscape. And we’re looking forward very much to working with him.”

It helps that Trudeau and Obama appear to be on the same page on many issues as fellow liberal politicians.

During all the years he served as Canadian PM, Stephen Harper was never officially invited, which may be attributable to his persistence in promoting the Keystone XL pipeline, urging U.S. President Barack Obama to accept it as a “no-brainer,” when the American leader was deeply opposed to its construction. Furthermore, Harper accused Obama of playing politics with the pipeline by holding up its approval and then told the U.S. president, he “would not take no for an answer.”

Well, the answer was, “No,” and Harper could do nothing about it.

That is not to say that the relationship between Canadian and the U.S. completely faltered on other fronts, but it did become a little prickly and not so openly friendly.

What Harper lacked and Trudeau has is star power, which has translated into interest in the 44-year-old prime minister across the border in the U.S. Trudeau has been featured in Vogue magazine, the New York Times magazine and the Washington Post. Last Sunday, he appeared on CBS’ 60 Minutes, a popular American public affairs program. The 60 Minutes piece featured Trudeau’s childhood and his being the son of former PM Pierre Trudeau, who rode “Trudeaumania” to power in 1968, among other topics. Harper never received such favourable media coverage in the U.S. while in office.

In a Canadian Press article, Alexander Panetta quoted Raymond Chretien, the brother of the last PM to have a state dinner at the White House, and a former Canadian ambassador to the U.S., as saying; “I think there will be a lot more media attention this time than the last (state dinner in 1997) — because it’s a new government, a new prime minister, very young, who has a name that resonates with people. Americans remember his dad.”

Historically, the relationship between Canadian prime ministers and American presidents has at times been cordial, at other times somewhat frosty and quite often regarded with indifference on the part of a president. A good example of “frosty” is that between former U.S. President Richard Nixon, of Watergate fame, and Prime Minister Pierre Trudeau. In his White House tapes, Nixon called Trudeau an “a-hole” and a “clever son of a bitch.” Of course, the ever-paranoid and stuffed-shirt Nixon was jealous of Trudeau’s charisma and his international appeal.

During his visit to the White House, Trudeau made his famous statement about U.S.-Canada relations: “Living with you is in some ways like sleeping with an elephant: No matter how friendly and even-tempered the beast, one is affected by every twitch and grunt.”

In a speech to the Canadian Parliament and while still angry at Trudeau, Nixon declared that the “special relations” between the two countries was dead. “It is time for us to recognize that we have significant differences; and that nobody’s interests are furthered when these realities are obscured.”

When John F. Kennedy came to Ottawa in May 1961, Prime Minister John Diefenbaker met him at the airport, where Kennedy joked about Diefenbaker’s French. Following a disagreement over grain loaders to enable Canadian wheat to be shipped to China — American foreign policy prohibited such shipments, but Kennedy eventually made the loaders available — Diefenbaker further strained relations between the two countries by continually reminding the media that the president had said, “When I ask Canada to do something, I expect Canada to do it.”

A note was picked up from the floor of the Canadian PM’s office bearing a scribbled reference by Kennedy about “that S.O.B.,” which everyone knew was referring to Diefenbaker.

Prime Minister Lester Pearson mended relations with JFK, but gained the wrath of U.S. President Lyndon Johnson following a speech Pearson made at Temple University in Philadelphia, advocating that the Americans pause in their bombing of North Vietnam. Pearson was invited the next day for lunch by Johnson and was whisked to Camp David by helicopter. Allen Fotheringham in his 1986 book, Capitol Offenses, wrote that everything went well during the lunch, but afterward, Pearson asked the president what he thought of his speech.

“There followed one of the more remarkable of LBJ’s many remarkable performances. Muttering, ‘Awful,’ the host took his guest by the arm and led him to the terrace before launching into his tirade. Johnson stroke the terrace in a rage ... and made full use of his famous vocabulary. Canadian Ambassador Charles Ritchie and White House aide McGeorge Bundy, watching from the lunch table, finally grew embarrassed and went for a long walk ... When they returned, almost an hour later, Johnson was still at it ... Finally, he grabbed the prime minister by the lapels and shouted, ‘You pissed on my rug!’”

When the Auto Pact between the U.S. and Canada was being signed at Johnson’ Texas ranch, Johnson insisted that the Canadians had pulled a fast one and taken advantage of the Americans, using expletives to register his complaints, while still signing the pact. Pearson later related that Johnson knew nothing about what the Auto Pact said, while embarking upon yet another tirade against Canada, “And neither did I.”

But in terms of warm relations, Prime Minister Brian Mulroney and President Ronald Reagan became steadfast friends. Who can forget the two of them standing on stage and singing Irish Eyes are Smiling. It was because they were buddies that the two national leaders signed an agreement to curtail acid rain and sign a free trade agreement.

Clinton and Chretien were also on amicable terms and able to agree on such things as free trade and action to protect endangered wildlife.

The very fact that Trudeau was invited for a state dinner by Obama presents an excellent opportunity to mend the tears in the fabric of Canada-U.S. relations at a time there’s obvious willingness between both parties to re-establish goodwill.