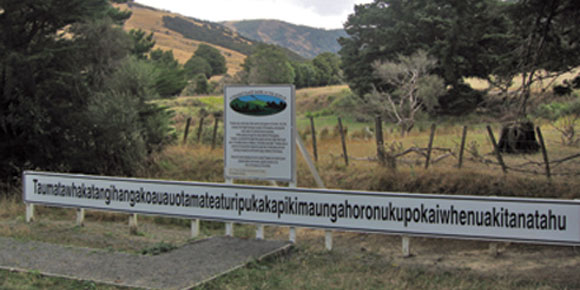 Size doesn’t matter when it comes to words

German is far from the only language to possess lengthy words. Look at this 60-letter Finnish word: lentokonesuihkuturbiinimootoriapumekaanikkoaliupseerioppilas. Its meaning is equally unwieldy — “airplane jet engine auxiliary mechanic under officer student.”

Finnish, like German, accepts the free-forming of compound words. Free-forming means such compounds can be invented at any time by anybody, even during conversation.

Many words classified as ‘the longest,’ are technical or scientific terms, words which will never be in any ordinary person’s vocabulary. This is true of what has been called the longest word in English — the chemical name of the protein, titin. This ‘word’ has 189,819 letters. But it is a chemical term, comparable to sodium hydroxide for “lye,” not a true word. In fact, you won’t find this long word in dictionaries and, since it is virtually unpronounceable, you’ll never ever hear it in conversation.

Even so, most languages do have very long ‘usual’ words. The longest such one in French is anticonstitutionnellement (25 letters). It means, “anticonstitutionally.”

Antidisestablishmentarianism (28 letters) is English’s lengthiest non-technical word. It refers to a 19th century activist movement that protested the proposed removal of the Church of England as the state religion. The 45-letter pneumonoultramicroscopicsilicovolcanoconiosis is, in fact, the longest English word found in dictionaries. But, this is a scientific term meaning, “lung disease caused by inhaling silica,” so it’s not in the average vocabulary.

That leaves us with antidisestablishmentarianism. But, let’s face it. This word is never going to end up in general use either.

Other languages have even longer words. Turkish boasts one with 70 letters, and Swedish claims one that is a massive 130 letters in length. Serbo-Croat’s longest word contains 26 letters while Slovak has a 39-letter word. Now those are long words.

So, it’s a relief to discover there are languages with no lengthy words at all. Believe it or not, the longest Vietnamese word contains a mere seven letters. This word, nghiêng, means, “inclined.”

The reason such a short word is considered long is that Vietnamese is made up of single-syllable words. As well, no more than six English letters are ever needed to replicate any Chinese word.

First Nations languages contain many long words. For example, the Ojibwa word for “fire engine” is aate’ishkodawewidaabaan. For “wrestler,” it is gagwejiiwaazoowinini.

Still, there’s more to vocabulary than long, unpronounceable words. All languages have short as well as long words. In English, we have words of a single letter — a, I, o.

Other languages also have single-letter words. For example, in Spanish, we find a, which means, “to.” In French, there’s y, meaning “it” as well as “there.” A in Polish stands for “but.” In Old English, a meant, “ever” or “always.”

Since we cannot adequately express ourselves via one-letter words, we end up using words of various lengths — some long, some short, some in-between.