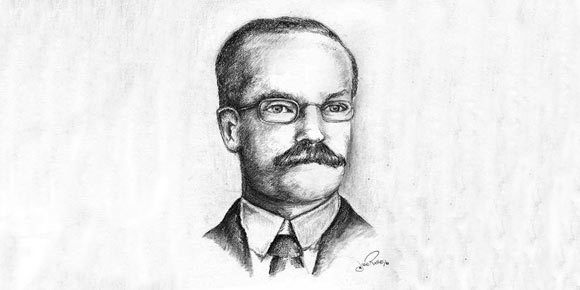 Just two days after the fatal drinking party at the Coronation Block, an attempt had been made to hastily clean up the rooms. Shown pictures taken by local photographer Lewis Benjamin “L.B.” Foote, who is noted for documenting city life through pictures, Ernest W.J. Hague, the city’s chief health inspector, said the rooms “were not as bad when he saw them as they were depicted in the pictures.”

There seems to have been numerous contradictory statements about the state of the rooms in the Coronation Block. While some were appalled by the conditions, a Winnipeg Tribune reporter in a December 30, 1927, article described the “corridor as clean and well-lighted, a large skylight just above the stairs letting in the light of the day. The building was old and the worse for wear, but warm and not untidy.”

A man interviewed by the reporter said the accommodations were “pretty comfortable.”

He showed the reporter his room which was described in the article as “neatly kept.”

“It had a bed, a dressing table and a worn but comfortable armchair.”

The man, who turned out to be a First World War veteran wounded at Passchendale, said he was getting good value for the small amount he paid to rent a room in the Coronation. He was receiving a $25 per month pension for his wartime service.

“How do the men who are out of work and up against it get on?”

“They get a bed in one of the four-bed rooms for 25 cents and bum their food.”

“And drink wood alcohol now and then?”

“Yes, but there was never anything like this before. I guess they’ll stop for a while.”

After less than a half an hour of deliberations, the jury issued their verdict: “We, the jury, find that the deceased, Timothy Curran, died in the Winnipeg General Hospital at approximately 1 a.m. the 28th December 1927, from the result of drinking methyl-hydrate (wood alcohol) ... in room 19 Coronation Block ... The now deceased was in a drinking bout with various other men, all of whom had drunk methyl-hydrate, eleven of them now being dead.”

The men had consumed the deadly product during a two-day drinking party that ran from December 26 and 27, 1927.

The jury recommended that regulations should be implemented for the sale of wood alcohol and urged that the Pharmaceutical Association of Winnipeg closely monitor the sale of the substance in drug stores to ensure it was only sold to “responsible” persons.

“The sale of methyl hydrate is nothing more to do with the business of a druggist than many other businesses, it being sold in many other kinds of stores,” asserted H.D. Campbell, of the Winnipeg Drug Company, following the coroner’s inquest jury’s call for greater control over the sale of wood alcohol in drug stores. “More methyl hydrate is sold by hardware stores than druggists. It being used in shellacs, varnishes and other manufactures” (Winnipeg Free Press, January 9, 1928).

They also recommended that the city set up a system to inspect rooming houses, “and in particular places like the Coronation Block, where sanitary arrangements are in a most unsatisfactory state, and all such places should be licensed.”

At the time, rooming houses were not licensed and were only subject to city health department inspections on a periodic basic, which was the case with all commercial buildings in the city.

On January 8, Rev. Gordon Burgoyne of the Grace Church delivered a sermon about the men who lost their lives. “These men gambled with life and lost,” said Burgoyne. “Eleven dead and one blinded, what a price to pay for a kick.”

He said that it was unemployment that forced men to live under such poor conditions. The reverend said that something had to be done to alleviate the situation and provide down-on-their-luck men with decent accommodations.

“Rotten living conditions are unnecessary, and as long as the citizens of Winnipeg sanction this kind of thing, just so long will it go on. Give your aldermen (today’s city councillors), the men whom you elect, the authority to use the power you have given them. Let us develop our civic pride” (Free Press, January 9).

“Whose is the responsibility for the sale of this deadly drink? Our (Manitoba) government is trying to regulate this and that in the new (liquor control) bill about to be enacted, but nothing is done to regulate the sale of this stuff (methyl hydrate). This form of alcohol should be so bound and distributed that no man could purchase it to use to excess. The guilt is on the whole community for this.”

The January 12, 1928, Tribune announced that the city was implementing a bylaw to bring lodging houses under the direct control of its health department. It was an action undertaken due to the public outcry that arose after the poisoning deaths were publicized.

“When the series of wood alcohol poisonings took place around Christmas time the community was shocked and it was felt that something had to be done,” explained the April 14, 1928, Tribune.