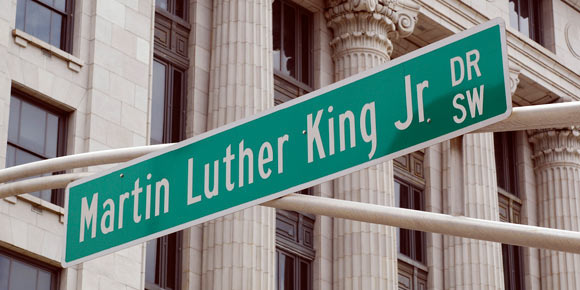 In 1981, the Black History Month Celebration Committee (BHMCC) hosted the first Black History Month event in Winnipeg. In 1990, BHMCC’s role expanded to include programming which creates an awareness of the history of Black people, their contributions in Manitoba and Canada in the arts, education, government, sports and science.

The number of events celebrating Black History Month has expanded significantly since 1990 and are listed on the website www.gov.mb.ca/mal/multiculturalism//events.html

While Black History Month has gained momentum in Canada over the years, it’s more widely observed in the U.S. where “our peculiar institution,” i.e., slavery, played a significant role in shaping the nation — the American Civil War (1861-65), which killed over 600,000 combatants, comes to mind.

Slavery for a time did exist in Canada, but it was never anywhere near the U.S. level. In Canada, there were so few actual slaves compared to free blacks that slavery was viewed by the vast majority of people as an institution that made little moral, economic or political sense. As a result, reform-minded judges eagerly freed any black slaves (mostly brought to Canada from the U.S. by United Empire Loyalists) appearing in their courts. In the 1790s, Montreal-based Chief Justice James Monk ruled in all cases involving slaves that it was illegal to keep anyone in such servitude, so he immediately freed them. Furthermore, the assemblies in Upper and Lower Canada legislated it out of existence in the 1790s, well before the British Parliament banned slavery from all corners of the British Empire in 1833 and President Abraham Lincoln by an act emancipated the over four-million U.S. slaves in 1863.

Blacks have had a long history in Canada, especially in Nova Scotia and Ontario. In Manitoba, the first mass immigration of blacks was from Oklahoma in the early 1900s. The immigrants were wealthy black farmers fleeing discrimination resulting from oppressive state and local laws. Most only used the province as a border crossing before heading for Saskatchewan and Alberta, but about 200 blacks settled in communities across Manitoba. Today, Manitoba’s black community is diverse and growing and now numbers over 20,000 people.

But the black community in Canada might have been greater if an earlier movement had taken hold. There was once a proposal to incorporate the British West Indies colonies into Canada. In September 1884, the British commissioner for the West Indies, Michael Soloman, met in Ottawa with Prime Minister John A. Macdonald to convey the message that if Canada was not prepared to annex Jamaica, the Americans would be glad to oblige. Soloman told Macdonald that Jamaicans were willing to organize a provincial government once admitted into Canada. Jamaica was then a British colony with a nine-member Legislative Council possessing nominal authority to govern — its independence didn’t occur until August 6, 1962.

Macdonald liked the idea and travelled to London, England, on October 13, 1884, to discuss annexation with Colonial Secretary Edward Stanley, the Earl of Derby. According to reports of the meeting, “England has no objection to the union ... Derby, in an interview with the commissioner from the West Indies, said the home government would acquiesce in the proposal to connect the West Indies with Canada.”

On November 11, by an 8-1 vote, the Legislative Council of Jamaica rejected the motion to join Canada. But as the years progressed, Canadians heavily invested in Jamaica, including spending $1 million (a fortune at the time) to form a street railway company in Kingston, which reinvigorated the annexation movement. Furthermore, the Canadian Pacific Railway linked Halifax to Jamaica by telegraph line. In 1903, Canada was paying $15,000 annually to subsidize steamship service to the island nation.

“Now that the prospects of reciprocity (free trade) with the United States are fading,” reported the February 20, 1903, Winnipeg Morning Telegram, “the government of Jamaica sees an advantage in promoting trade with Canada which is a large consumer of tropical fruit,” as well as the British handing over to Canada its West Indies colonies.

In Jamaica, the Kingston-based Gleaner ran an editorial on July 24, 1907, which claimed the 20th century belonged to Canada (a phrase attributed to Canadian Prime Minister Sir Wilfrid Laurier), “... but it remains to be seen whether she will make sufficient progress in the first quarter of it to enable her to make that bid for colonies which is now her ambition.”

Another British colony seeking annexation to Canada was the Bahamas. Newspapers said Sir William Grey Wilson, the governor of the Bahamas, was a believer in the annexation of the islands to Canada. On March 13, 1911, its legislature voted 23-6 in favour of opening negotiations with Canada. Two months later, Laurier announced his intention to discuss annexation of the Bahamas as well as the entire West Indies with the British during a London visit. Newspapers said the Bahamas was not as far as Ottawa was from Regina “and the greatest distance of any remainder of the West Indies islands is not much more from the same city than that to Victoria, B.C., therefore distance should be no deterrent in union.”

“I know that it is something in the nature of a much cherished ambition on the part of those who have a desire for a still larger confederation that Jamaica should be annexed to Canada’” said Jamaican businessman James H. McDowell during a 1906 visit to Winnipeg, “but I think the possibility is very remote ...”

It was a remote possibility and annexation of the British West Indies lapsed into historical obscurity. Yet, the dream of a political association was briefly resurrected in the 1980s when the Turks and Caicos proposed joining Canada as a province, but the idea was dropped when American money reinvigorated the local economy.

West Indies annexation remains another historical “what if.” If it become a reality, we’d now have a significantly higher black Canadian population than the present 785,000, and perhaps blacks would now make up as much as 13 per cent of the population as is the case today in the U.S., where Black History Month is more heavily promoted.