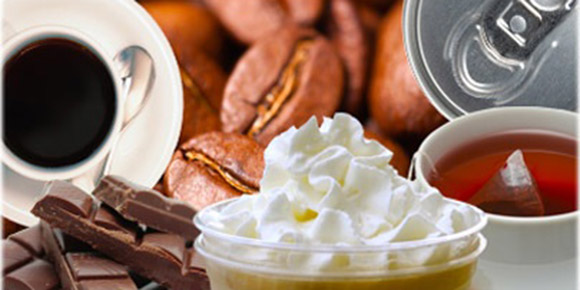 Some of us like coffee. Some of us like tea. Some of us think both are great, while others can’t stand either of them.  We tea drinkers always feel a little out of step with the majority of people who are avid coffee lovers.

Coffee drinkers must be pleased with the tremendous variety of their drink being offered these days — not only in the large and small coffee outlets but also in the stores —  that are jam-packed with countless beans, blends and assorted java and espresso makers.

Whether your beverage of choice is coffee, tea, cola or cocoa, you’ve probably given some thought to the amount of caffeine in each.

And, of course, the caffeine content of today’s “energy” drinks open up another topic for discussion and assessment, especially as it relates to young people. For most of us, we can set those products aside in a different category of “favourite” drinks.

Caffeine is one of the most widely used drugs in the world. It’s one of a group of stimulants that occur naturally in some plants. These stimulants are called Xanthines. The name rolls off the tongue, doesn’t it?

Major sources of natural caffeine are beverages made from the nuts, seeds or leaves of these plants and include coffee, cola drinks and tea. Cocoa, used to make chocolate, also contains caffeine.

I notice that two other equally unpronounceable Xanthine compounds are always mentioned along with caffeine in technical write-ups. They are: Theophylline (found in tea) and Theobromine  (found in cocoa products, tea and colas, but not found in coffee.)

The presence of these last two compounds in colas and teas may explain why these drinks sometimes seem to have a stronger “kick” than coffee. As well, caffeine has been shown to combine with other substances for greater potency. So, for example, the effect of Theobromine might be enhanced by the caffeine in chocolate. It seems like these two other compounds should share the spotlight, but my theory is that they’re harder to pronounce than “caffeine” and are more complicated to explain, so they usually escape attention.

When we think of caffeine, I guess most of us think first of coffee, then probably soft drinks and next chocolate. It seems to me that, down through the years, tea has always gotten a free ride “caffeine-wise” because a lot of us never realized that tea also contains caffeine.

In fact, have you ever heard the story that tea actually has more caffeine than coffee? I’ve always wondered if that was true, so I did a little research into the numbers. This resulted in great confusion, because I quickly discovered there are a lot of “gray” areas surrounding this subject.

For example, the amount of caffeine in coffee and tea depends on a number of variables for each, including method of preparation, brewing time, type of product used, whether imported or domestic, etc.

Thus, on average, the caffeine content of a cup of coffee can vary from 40 to 150 milligrams, tea would fall in the range of 20 to 70 milligrams and a cola drink would register between 30 to 72 milligrams. A chocolate bar would average about 30 milligrams of caffeine, with dark chocolate having more. Energy  drinks vary widely from 50 to 350 milligrams.

These figures are averages from the U.S. Consumers Union, Food and Drug Administration, National Coffee Association and the National Confectioner’s Association.

The pros, cons and amount of caffeine intake should be discussed with your doctor. I found it interesting to read that caffeine has been used as a medication throughout history. In fact, some anthropologists believe its use may date back to the Stone Age.

In the 1500s, Europeans used caffeinated beverages to treat headaches, vertigo, lethargy, coughs and to prevent plague and other illnesses.

On the other hand, a great many products now come de-caffeinated, so that in itself casts some measure of suspicion, doesn’t it? Also, we’re all familiar with today’s medical study syndrome:  “Good for us one day; bad for us the next!”

The effects of caffeine are often listed as: “a stimulant of the central nervous system, cardiac muscle and respiratory system.”  I guess most of us would interpret that to mean: “Wakes us up and gets us going.” Maybe my grandfather’s advice was best when he used to say, “Moderation in all things.”

Another tidbit of trivia I picked up may already be well known to you if you’re a dog lover. It concerns that previously mentioned caffeine partner called Theobromine, which is found in colas, tea and cocoa products. It turns out to be highly toxic to dogs and kills many every year through chocolate poisoning. It’s difficult for us humans to relate to this, given our love affair with chocolate.

One can get a caffeine headache from studying caffeine. All the stats and opinions are very confusing. One could even conclude that this confusion is intentional on the part of some manufacturers of caffeine products.

As you read, you start to think that everything has caffeine in it.

Coffee seems to generally have the most caffeine, tea is next and usually averages about the same amount of caffeine as a cola drink. Tea has more caffeine in it than I thought and the less time you brew it, the better, if you want less caffeine and don’t mind pretty weak tea.

Energy drinks vary widely in their amount of caffeine, but generally have lots, which, of course, is often their intention.

There certainly are a lot of complicated, unpronounceable names in the world of caffeine and I tried to avoid using most of them.

Of course, there are a great many things that are de-caffeinated these days, but this column is apparently not one of them, because the word caffeine is in here 38 times.