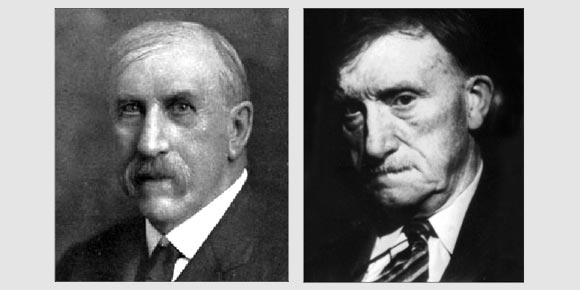 In the Winnipeg court case involving the trademark Times for local newspapers, the judge subsequently ruled in favour of George Ham, giving him the full rights to the name.

Whatever hard feelings that may have arisen from the case quickly disappeared, as Ham became an employee of the Times owned by Amos Rowe — who Ham took to court for using that particular name — and other investors within a matter of days after the trial ended. The March 10, 1880, Manitoba Free Press contained an announcement that Ham’s Tribune had published its last issue and its interests had been acquired by the Times.

“Two Conservative papers cannot live in Winnipeg,” according to the article. “One can, by prudent management prosper.”

Ham lasted as the managing editor of the Times for two years. When he announced he was taking up the government post of land registrar for the then county of Selkirk (the county system lasted in Manitoba until 1890, when a municipal system of government was introduced), Ham was given a farewell banquet at Norfolk House (Hotel) on June 30, 1882. He was presented by the proprietors, editors and other staff of the newspaper with a silver set valued at $100.

“Ostensibly,” wrote John W. Dafoe, for years the city editor of the Free Press, in the Manitoba Historical Society article, Early Winnipeg Newspapers: The Last 70 Years of Journalism at Fort Garry and Winnipeg (MHS Transactions, 1946-47 season), “during the eighties, he was a registrar under the old system of Land Titles, but actually he was engaged in journalism, a good deal of the time, with a deputy in charge of his office.”

Ham lost his position as registrar when the Torrens system was introduced in Manitoba and the job required the services of a “barrister of ten years standing ... although I produced any number of witnesses that I had longer standing than that at the bar (now abolished) and so I returned to newspaper work,” wrote Ham in his autobiography, Reminiscences of a Raconteur, 1921.

Of course, his explanation was meant to be humourous, but the reality was that he was underqualified when the Real Property Act was passed in July 1885 by the Manitoba Legislature and the Torrens system of land title transfers was introduced (The Title to Land in Manitoba, by Edwin A. Pridham, MHS Transactions, 1956-57 season).

Ham again found himself working for the Free Press. “I have Geo. Ham on temporary and am trying to fix it permanently,” wrote Dafoe in a January 1890 letter. “George is about the King-bee of Northwest newspaper men. He was city editor of the Free Press ten or 12 years ago and had quite a checkered career since then, full of ups and downs, all of which have been borne with the good nature of the genuine Bohemian.”

Ham was the co-founder of Conservative Association in Winnipeg with D.M. Walker. The meeting took place in a North End hotel named the California. According to Ham, its proprietor was “Old Man” Wheeler. Walker asked Ham about Wheeler’s political leanings, but Ham said he didn’t know.

Since the meeting was in an upper room of the hotel, Ham “stomped on the floor, which was the usual signal that someone was wanted. Old Man Wheeler quickly appeared on the scene, and the Judge asked: ‘Wheeler, what are your politics?’

One of Ham’s great adventures in civic politics occurred when Fort Rouge was created a ward of the city. It was then that Ham said he “began to figure in really troublesome times.”

When Fort Rouge was incorporated into Winnipeg, it wasn’t given a local representative on city council which created consternation among local residents.

“A meeting of a score or so residents, nearly all there were,” wrote Ham in his autobiography, “was held, and three aldermen (councillors) were selected (not elected) to represent the ward in the city council.”

Besides Ham, the others selected were well-known local citizen Thomas Nixon and brewer Stewart Mulvey.

“We three attended the first council meeting held after our selection, and got a mighty cool reception. Mayor McMichen, while sympathizing with us, followed legal advice and would not recognize us any more than he could help. In attempting to address the chair we were ordered to sit down which we readily did, only to rise again, and receive the same treatment. It was not until the other aldermen were threatened with legal prosecution that we were at all acknowledged.”

To the trio’s advantage, the old municipality of Fort Rouge had $1,700 in its coffers and before its termination had handed over the funds to Nixon as trustee. Ham said the three men “were going to fight the beasts of Ephesus with that money. In fact we had engaged Fred McKenzie, a bright young lawyer, and the city compromised — after an indignation meeting had been held at which Charlie Wishart and other non-residents of Fort Rouge vigorously denounced the council for its disgraceful conduct.”

Ham and company were granted their seats on council and the Manitoba Legislature passed an act legalizing the process. Ham served as an alderman in 1883-84 and again in 1887.

While on council, Ham wasn’t adverse to injecting his own measure of controversy during proceedings. There was no love lost between aldermen George Wilson and Mark Fortune. When discussing the legality of a bylaw, Wilson said it was ultra vires (invalid). Ham told Wilson that when he pulled on his coat-tail during the meeting, Wilson was to repeat his judgement. Ham was seated between the two warring aldermen. Fortune was distracted while writing a motion and was unaware of what was occurring around him.

“At the psychological moment, I pulled on Wilson’s coat-tail, and he addressed the Mayor:

“Turning to Ald. Fortune I whispered:

“‘Mark, did you hear what he called you?’

“‘Why he called you an ultra vires.’

“‘Well, I’d rather be called a dog’s child than that — it’s the meanest thing anybody can be called.’

“Then, turning to me, he remarked sarcastically in a stage whisper that everyone could hear: