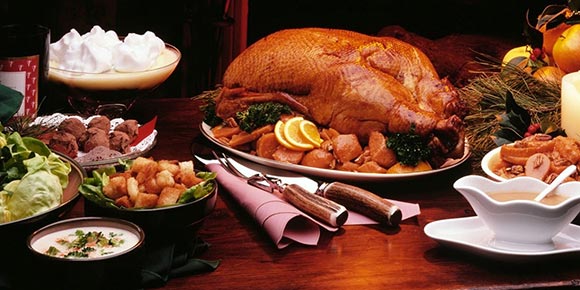 Two Thanksgiving Days in one year

Two Thanksgiving Days in one year in Manitoba? Yes, it happened. It was the year 1887 and two separate days — June 21 and November 17 — were designated for thanksgiving.

In the first instance, it was decided that Queen Victoria’s diamond jubilee would be a “form of thanksgiving and prayer to the Almighty God upon the completion of fifty years of Her Majesty’s reign” over the British Empire, which, of course, included Canada. Celebrations marking the queen’s reign were held across the empire. In Winnipeg, most businesses closed for the day and churches provided special services. Outside the city, Portage la Prairie celebrated with a sports day that featured cricket, lacrosse and athletics. Similar events were held at Plum Creek and Souris.

It may have been because Manitobans had already thought they had celebrated their Thanksgiving for the year that James Cox Aikens, the governor general of Canada, found it necessary to notify the Manitoba government of its intentions to proclaim Thursday the 17th day of November as a national day of Thanksgiving. The letter, addressed to John Norquay, the provincial secretary, said: “October 8, 1887 — Sir: I am directed by the Lieutenant-Governor to advise you, for its information of the government that His Excellency, the Governor General has been pleased to appoint Thursday, the Seventeenth day of November next to be observed as a day of general thanksgiving to Almighty God for the bountiful harvest with which Canada has been blessed ... Lawrence J. Clarke, Priv. Sec’y.”

Manitoba obliged the governor general and proclaimed the appointed date.

“So if there was any apprehension experienced by the governor general and the federal government over the possibility of Manitoba declaring its own day of Thanksgiving or not declaring one at all, it was not because Manitoba wasn't blessed in 1887. A better explanation of the purpose of their special letter is that a special thanksgiving was observed in 1887 on June 21 to mark the 50th anniversary of Queen Victoria’s accession to the throne (repeated a decade later on the 60th anniversary). But the people of Canada were fond of the autumn harvest home festival and so the governor general probably found it appropriate to remind Manitoba of the government’s desire to abide by the tradition irregardless of the special thanksgiving on June 21” (The History of Thanksgiving, by A.D. “Tony” Doerksen, Manitoba Pageant, Autumn 1975).

“The fall of snow and the advent of wintry weather came at a propitious time and made Thanksgiving Day more of a holiday than it would otherwise have been,” reported the Manitoba Free Press, a day after the November 17, 1887, celebration. “Most of the people celebrated the day by going quietly to church in the morning and turning out on the streets in the afternoon. Main street presented an enlivening appearance. The sidewalks were crowded with young and old out for a walk in the bracing air, and all who owned or could buy or beg a cutter went driving. Parties of young men got into the largest cutters they could find and drove up and down Main street.”

According to the newspaper, Thanksgiving was celebrated in “royal style” at the Queen’s Hotel with a dinner “of great effort ... A special feature was the souvenir consisting of a square of light green Japanese paper of silken texture having the bird of fare printed in the middle with a border of aquatic plants and frogs painted in sage green. Paper napkins of pretty designs were also furnished the guests, all of whom pocketed their souvenirs as they rose with sighs of satisfaction from the table.”

Interestingly, just a day before Thanksgiving 1887, the Detroit correspondent for the Toronto Globe suggested that Canada and the U.S. “should select the same date for their annual Thanksgiving Day. As a general thing some day in November to set apart in both countries for this purpose.”

The suggestion was that an International Thanksgiving Day be designated by Ottawa and Washington.

Ultimately, the U.S. and Canada would not agree on a common Thanksgiving Day, although, by 1898, the Canadian government was content to have Thanksgiving Day coincide with the American celebration on the last Thursday in November.

Canadians weren’t too happy with this date, since the day was too late in the season and too close to Christmas. The next year, Thanksgiving Day was changed once again to October, this time to the third Monday of the month.

Thanksgiving Day continued its wanderings on the calendar in the years immediately following the First World War. The Armistice Day Act of June 4, 1921, merged Thanksgiving with the day to celebrate the end of the war. The act said: “Throughout Canada in each and every year, the Monday in the week in which the 11th day of November shall ... be a legal holiday and shall be kept and observed as such under the name Armistice Day. The holiday commonly called Thanksgiving Day ... usually appointed in the month of October or November by proclamation ... shall whenever appointed be proclaimed and observed for and on Armistice day.”

The combined celebration survived until 1931, when the two observances were separated with Thanksgiving Day to be held on the second Monday of October.

On January 31, 1957, the second Monday of October was permanently set aside by the federal government, the date on which Thanksgiving is still celebrated in Canada.