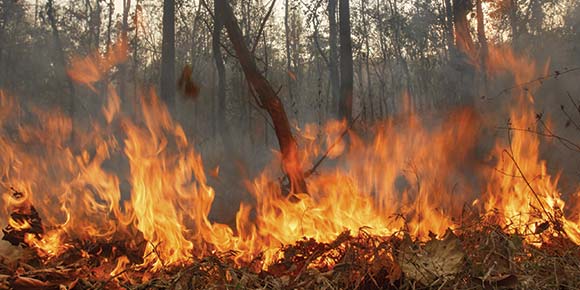 While fires rage across western Canada, help comes from as far away as Australia. Soldiers are also battling flames as this July 9 headline attests: Troops Join Battle Against Wildfires (Globe and Mail).

In earlier times, settlers feared “prairie fires.” My mother, born in 1902, and raised in southern Saskatchewan, remembered wide swaths of flame bearing down on prairie dwellers. Ploughed fire-guards encircled homes and outbuildings, and she told of her father rounding up the animals and dousing the wooden structures with pails of water as the flames swept through.

We don’t hear about prairie fires today and, probably, we soon won’t hear of forest fires either. This won’t be because we’ll no longer have forest fires but because the term is being supplanted by wildfires.

The word, wildfire, is heard daily, yet, in my memory, wildfire was once used only in connection with conflagrations elsewhere, usually in California.

Despite this, we aren’t watching the birth of new language. Wildfire/wild-fire is a very old term. We find it in Old English as wilde-fyr, and it is first used in print about 1300.

Wilde is Old Teutonic in origin and is probably connected to wold (forest). A wildfire is defined as a “furious or destructive fire; a conflagration.”

In fact, wildfire is now applied to any serious fire in unsettled or remote country — country that isn’t necessarily forested. Soon, it will probably mean an uncontrolled fire anywhere. Even so, in Canada, until very recently, we heard of forest fires, not wildfires. A

forest fire is, “an uncontrollable fire in a forest.”

Fire season, in Canada, is considered to stretch from April to October, a stretch now predicted to expand as climate change digs in. The most recent fire statistics are from 2013 when Quebec suffered the widest burn area. However, just as today, most 2013 fires ravaged the west. Manitoba, placing only fifth in number of fires, still endured the second-largest affected area.

Natural Resources points out that in the last 22 years, wildland fires have annually consumed some 2.3 million hectares of forest, shrubland (bush), and grassland. As well, many such fires have been started by lightning.

This last point is of special interest since the original meaning of wildfire was, “a furious fire caused by lightning.” As the saying goes, “The more things change, the more they stay the same.”

The phrase, “spread like wildfire,” is usually attributed to Benjamin Disraeli, twice prime minister of

May these 2015 wildland fires stop their spread and soon be under control.