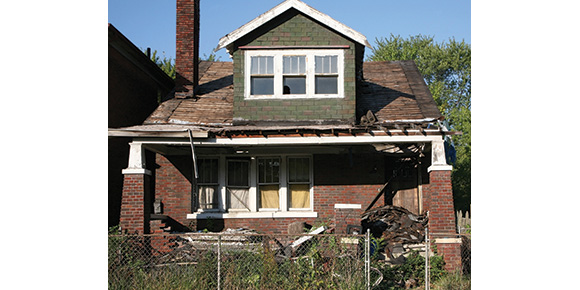 Frustration of having an abandoned house as a neighbour

When I was a kid, there was a haunted cottage at Winnipeg Beach. In hindsight, it may have been the location of a tragedy, but as kids this vacant cottage was as good as any haunted house we had ever seen or created.

I have lived next door to a vacant house for nearly 11 years and have experienced what in adult terms would be considered nightmares.

Eleven or so years ago I bought my dream home. It was for sale on Wellington Crescent and I knew I would buy it even before I went inside. It looked like my grandmother’s house on Matheson where I had spent time at as a little girl. I guess it just made me feel like I was at home.

The house next door was a little run down and I didn’t think too much about it. People in the area kept saying what a pretty house it was and, although I didn’t see it, I also didn’t have to live there.

Over the years, a story emerged about the owner. He had been banished from Canada for something or another. I never was sure why, although the rumours were rampant. Once I found out that the house was vacant, I did try and buy it, however, there was a counter offer and I chose not to go forward with it.

Over the years, there was a need for me to communicate with the owner living in the U.K. for different reasons. There was an infestation of racoons and, at one point, his lawn was unkept for the whole summer. I did notify him of this and he proceeded to inform me that he knew for a fact that his yard was being taken care of. At this point, I realized he was impossible to deal with.

His wife did put the house up for sale once, however, I think they were just testing the market.

Over the years, a number of people knocked on my door and asked about the house. When I saw someone in the yard, I would go and greet them in the hopes that I was getting a new neighbour.

Recently, I said hello to someone who told me in no uncertain terms to get off the property. I informed them that I was the neighbour and he said in a very angry voice, “I know who you are.” The woman with him then put her hand on her gun and I said goodbye very quickly. To this  day, I don’t know what that was about.

Shortly thereafter, the house began to be monitored very closely by the police and it was ultimately boarded up.

The house is now for sale and there is an accepted conditional offer. I am very excited, but now hear that a movie company wants to knock the house down for a film. That’s okay with me, but the piece of information that was disconcerting is that the movie company wants to burn it down. It must be a bad joke.

As a real estate broker/owner, I have experienced many situations when construction is going to start next door to someone’s home, whether it is a house, condo project or apartment block, and neighbours have concerns about the effect on them and their neighbourhood.

The situation with the abandoned house affected me very personally. I felt unable to put my house up for sale, as I believed it would not show at its best with the rundown, boarded-up, overgrown next door “neighbour.” I also worried about practical things such as fire, vandals and squatters. This summer, kids did a lot of partying in the abandoned house and eventually got caught, which caused the community police to closely monitor the house.

On July 6, the sold sign went up on the house next door and, as a result, community officers began removing garbage from the lot. I have been giving some thought to ordering a sign that says, “Yeah!”

I am looking forward to the house being knocked down and then having a beautiful new home next door to me.

(Monica Newman is a Winnipeg-based REALTOR®.)