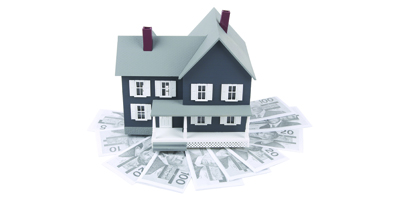 It is constantly stressed by real estate experts across the land that not all real estate markets are created equal, and relying solely on market statistics at the national level skewed upward by Canada’s biggest markets cannot factually measure what is happening in many individual local markets.

A recent report by RBC Economics made this clear when it stated: “Higher home prices in Ontario (mainly Toronto) across all categories, and in specific segments of other provincial markets (British Columbia) boosted what the monthly costs of owning a home would be, at current market values, by more than household income rose last quarter.”

According to the March 2015 Housing Trends and Affordability report, based on the fourth quarter of 2014 and written by RBC chief economist Craig Wright and senior economist Robert Hogue, the Toronto market stood out in terms of deteriorating affordability for single-family homes due to “robust demand driving up prices.”

“We are watching Toronto pretty closely as it's a market that time and time again shows deteriorating affordability, indicating that owning a home in the area, especially a single detached, is a stretch for many local home buyers,” said Wright.

“The contrast between Ontario's eroding affordability and developments in the majority of other provinces highlights the fact that the ability to become a homeowner in key local markets — mainly Toronto — continue to be pressured by intense competition between buyers,” added Wright.

“While we've seen some improvements over the past couple of years, Vancouver still takes the top spot for the least affordable market in Canada.

On the other hand, it actually became more affordable to buy a home in Manitoba, “much as has been the case during the past year.”

The RBC housing affordability measure, which has been compiled since 1985, is based on the calculated costs of owning a detached bungalow (a reasonable property benchmark for the housing market in Canada) at market value. Alternative housing types are also presented, including a standard two-storey home and a standard condominium apartment.

The measurements were based on a 25 per cent down payment, a 25-year mortgage loan at a five-year fixed rate, and were estimated on a quarterly basis for each province and for Montreal, Toronto, Ottawa, Calgary, Edmonton and the Vancouver metropolitan areas.

The higher the reading, the more difficult it is to afford a home at market values. For example, an affordability reading of 50 per cent means that homeownership costs, including mortgage payments, utilities and property taxes, would take up 50 per cent of a typical household’s monthly pre-tax income.

In contrast, the RBC housing affordability measure, which captures the province’s proportion of pre-tax household income needed to service the costs of owning a home at current market values in Manitoba, improved for all housing types in the fourth quarter of 2014 — a decline in the measure represented an improvement in affordability.

“Cumulative declines in Manitoba’s measures since Q4 of 2013 have been among the larger ones recorded in the country,” said Wright.

Note that the affordability rate for Vancouver was 82.4 and Toronto’s was 56.8. What that means is that buying a home in Vancouver globs up a disproportionate amount of a typical household’s salary, as is also the case in Toronto. At least in Manitoba, a householder would have money left over for food and other necessities, as well as the ability to engage in leisure activities such as taking in the occasional movie, hockey game or dining out.

Even buying a condo in Manitoba amounts to winning the lottery when compared to Vancouver. A salary of $76,600 was needed to buy a standard condo in Vancouver at an average price of $412,500, while a Manitoba standard condo at an average price of $209,300 required only a salary of $43,900. The same can be said for provincial comparisons between Manitoba and British Columbia — the costs and salaries required to buy similar standard homes and condos are significantly higher on the West Coast.

And affordability measures were high in Ontario and Toronto in relation to Manitoba, although lower than in Vancouver and B.C. For example, buying a 1,200-square-foot bungalow in Toronto at an average price of $634,000 required a salary of $122,600; a buyer needed a $141,400 annual income to buy a standard two-storey at $725,600; and a standard condo costing an average $362,600 meant a salary of $73,100 was required in the fourth quarter last year.

“A softer pricing environment in Manitoba is a key contributing factor for the improvement in affordability,” said  Wright.

The report also pointed out that Manitoba is now a balanced real estate market, which is the result of increased listings.

So not all housing markets are created equal — the inequality in Winnipeg’s and Manitoba’s housing markets in relation to the rest of Canada is that it doesn’t require emptying one’s bank account and taking on too much onerous debt to realize the dream of homeownership.