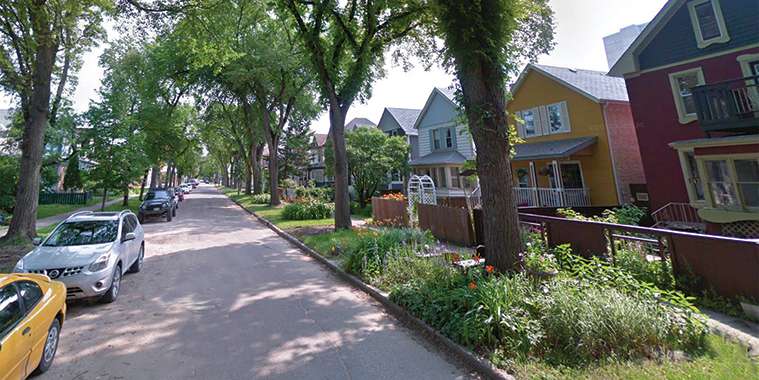 For years, Osborne Village was the big name in hip neighbourhoods in Winnipeg. But lately, another ‘hood has been slowly gathering buzz as exciting new businesses materialize and affordable character homes are snapped up in the blink of an eye.

The best part? It’s just a hop, skip and a jump (or one three-minute bus ride) from Osborne Village to the trendy, friendly terrain of South Osborne.

A place for families

Located just a smidge too far south to be considered part of the downtown Winnipeg scene, South Osborne holds the pleasant distinction of being both a cool destination and a peaceful, family-friendly suburb.

Bordered by the infamous Confusion Corner to the north and the Red River to the south, this area is mostly made up of two neighbourhoods, Riverview and Lord Roberts. Each boast ample parks, community centres, schools and gorgeous waterside walking paths along the river in the aptly-named Riverview area. Churchill Drive Park and Don Gerrie Park offer plenty of options for leisure activities.

These are some of Winnipeg’s oldest residential neighbourhoods, and they have plenty to offer.

Bisected by Osborne Street, one of Winnipeg’s most-travelled roads, South Osborne boasts a wide array of resources and amenities — all close at hand whether you’re travelling by car, bus or foot. The #16 bus runs frequently and heads straight for the downtown business sector, making it a perfect eco-friendly choice for the busy commuter. If you’re closer to the west side of the area in Lord Roberts, you have easy access to the Southwest Rapid Transit Corridor on Pembina Highway. Gyms, gas stations, grocery stores, and the Osborne Library are also close at hand.

There is a broad range of home types available in South Osborne, with something for everyone’s taste and preferences, from older character housing stock to brand new modern condominiums. As of August 2020, the average listing price of single-family homes in Winnipeg’s metropolitan core was $336,256, according to WinnipegREALTORS®. Condominiums listed on average for $255,744.

Those who find themselves hungry in South Osborne are in for a treat, as recent years have seen a number of tempting new restaurants open their doors, in addition to an already stellar lineup of beloved local eateries.

For breakfast, nothing beats a classic omelette at The Oakwood Bistro. New addition Leopold’s Tavern boasts a welcoming sports bar vibe in addition to out-of-this-world pub fare and I Heart BBQ creates slow-smoked carnivorous delights. For a quick bite, stop in at hidden gem and local favourite BMC Market for authentic tacos or make a night of it with a Neapolitan pizza and a glass of wine at the always-bustling Vera Pizzeria. Vegans of South Osborne have started flocking to the recently-opened Black Market Provisions, where you can find freezers stuffed with in-house-made, plant-based frozen delicacies (in addition to their huge offering of other treats such as baked goods, preserves, soups, salads, and basically everything but the kitchen sink).

South Osborne is a close-knit community, you won’t have to venture far to find a culinary hotspot that will have you coming back for more.

In South Osborne, there’s no need to travel outside of your own neighbourhood to find exciting activities after dark.

For a stylish first (or 1,000th) date, there are a variety of cocktail bars like the lively Leopold’s Tavern and The Oxbow (temporarily closed), where you can share intimate conversation over inventive drinks and tapas plates. If you’re looking for a live performance, check to see which local acts or international names are performing at The Park Theatre, a reclaimed cinema which now hosts a lively rotation of music, comedy, film screenings and other events.

As the vibe of South Osborne continues to develop, it becomes clear this area is on its way to becoming one of Winnipeg’s most distinctive neighbourhoods.

Ready to call South Osborne home? Work with a REALTOR® to help you find your dream home or investment property in the heart of Winnipeg.