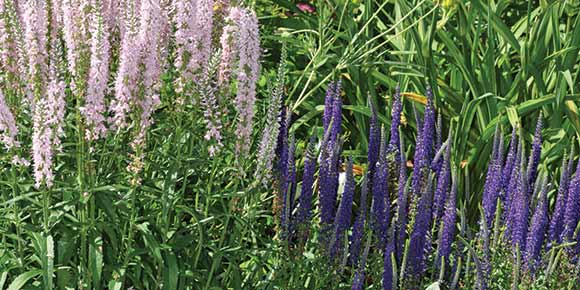 Earthworms are a vital part of every garden

To be a successful gardener takes more than just knowledge about plants. We need to understand the relationship between the plants and the world they live in. That includes the animals that occupy the earth as well as the air.

So what about earthworms? They were never my favourite creatures, but I have learned to appreciate the vital part they play in my garden.

Earthworms are really just dirt processing factories toiling away underground night and day. They eat dead organic material such as plant debris, bacteria, algae and fungi found near the surface of the earth, and, deeper underground, raw dirt and mineral materials in which some organics exist.

What comes out the end of the worm factory assembly line is well-digested soil, good for growing in because the worm-processer has made the minerals that plants need available in a form that can be absorbed through their roots. The worm castings contain auxins, a plant hormone that stimulates root growth.

To encourage earthworms, don’t clean up the decaying plant life in your garden. They need organic material to feed on. Adding dead leaves as mulch is another great way to beef up their populations.

For inquisitive kids who are fascinated by worms and are wondering if they sleep, the answer is, not in the way people and pets do, but worms do have periods of inactivity. This happens when the soil is too dry, which is death to earthworms. In periods of drought, worms go deeper underground, curl up and enter a phase called “aestivation”. In cold weather, they will burrow as deep as two meters or six feet to keep from freezing.

And it isn’t true that the reason worms come to the surface in a wet year is to avoid drowning – they can live in pretty wet conditions very comfortably – but they don’t like sunlight. They probably just enjoy the rain as a chance to go courting. They do seem to multiply in wet years.

What happens when a worm gets cut in half? If you just cut a few segments off the tail end, it will grow them back, but if you sever any vital organs in the middle, it’s game over. And only the part with the head will live – the tail end segments will simply die.

We often hear about the harmful effect of importing foreign species to our native soil but in the case of earthworms, this has not been true, at least for gardeners. Millennia ago, glaciers apparently reduced the northern population of earthworms from North America, as far south as Illinois. Their repopulation has come from Europe and Asia in the usual way – through ships’ ballast and perhaps surrounding the roots of plants brought here by settlers. These exotic earthworms have been very successful in Canada and the northern U.S.

The newcomers do disturb the eco system in some young forests by doing work trees have evolved to do themselves. This encourages the invasion of weeds and other un-woody plants that complete with the young trees so the jury is out on whether they are useful or harmful here.

I would bet, though, that the worms and the tees will work it out without our help.

Dorothy Dobbie is the publisher of Manitoba Gardner magazine. Go to localgardener.net for subscriptions or call 204-940-2700.