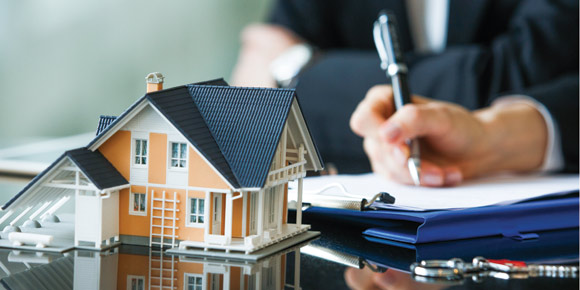 Abraham Mengestab had always heard good things about Canada when he was growing up in Eritrea, but imagine how much his opinion of his adopted homeland shot up when he found out it had a program that would help him buy a house?

He, his wife and three young children moved to Winnipeg from the northeast African nation two years ago and immediately found a rental property downtown.

But it was far from ideal with a five-year-old and twin babies, so when he heard his family had been approved by the Chalmers Buyer Assistance Program, he could hardly believe his ears.

“Getting assistance from this program is very helpful. I encourage a lot of Eritreans and other newcomers to join this community (Chalmers). This community is very supportive. I encourage the government to give more funding to this neighbourhood so more people like us can move here,” Mengestab said through his REALTOR® and interpreter, Teddy Beyene.

The CBAP’s goal is to get as many young families as possible to live in the north Winnipeg neighbourhood. In order to qualify, applicants need to have a steady income, be pre-approved for a mortgage and attend workshops on home ownership. Personal salary qualifications depend on the number of people in a family. If it’s two people, you need to make $37,000 or less; three people, $46,000 or less; and up to six people, $71,000 or less.

Priority for the CBAP is given to those already living between Munroe Avenue and the Red River, Henderson Highway and Raleigh Street, with people in Elmwood and anybody willing to move to Chalmers next in line.

Thankfully, their REALTOR® knows several African languages and believes the CBAP will help turn the neighbourhood around.

It is believed that Winnipeg will see a lot of families moving there in a short period of time and that the government should encourage this program.

The CBAP was made possible through funding from Manitoba Housing and the federal government and assistance from the Assiniboine Credit Union. The deadline for new applications is October 4.

Liz Plett, housing support co-ordinator for the Chalmers Neighbourhood Renewal Corp., said the program’s goal is to increase the number of homeowners in the area, which is pretty much equal to the number of renters.

Home buyers need to stay in their properties for at least 10 years in order to avoid repaying any of the assistance money. But if they do move out, they need to repay a pro-rated amount to Manitoba Housing, which also offers up to $20,000 in forgivable loans for existing homeowners to do major repairs on their properties.

The Chalmers neighbourhood is older, close to downtown and with a very diverse population. Crime and safety have been issues in recent years, but Plett said a number of initiatives have been taken to improve matters. For example, first responders often had trouble finding homes via the backlane because so few had addresses on their garages. Now more than three-quarters of homes have the backlane number plates, up from just 20 per cent a couple of years ago.

“People are very dedicated and working very hard to improve the neighbourhood,” she said.