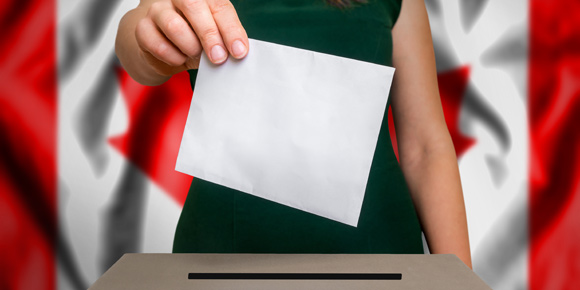 Upcoming civic election about more than just Portage and Main

There are more real estate issues in play in the upcoming civic election than the potential opening of Portage and Main.

Sure, the plebiscite on the future of Winnipeg’s most famous intersection is dominating the run-up to the October 24 vote, but candidates for mayor and city council will need to stake out positions on a number of commercial and residential issues that may not be as high-profile but may ultimately prove to be more important to the industry.

The No. 1 topic for Trevor Clay, chair of the Commercial Division of WinnipegREALTORS®, is the amount of development taking place outside of city limits but within the boundaries of the Perimeter Highway, particularly in the rural municipalities of Rosser and McDonald. While there’s no question any development in such close proximity to 750,000 people is positive — a pair of new industrial projects were announced last week in CentrePort Canada in Rosser — Clay wonders if the City could be doing more to bring some — any — serviced and zoned land to market.

“The vacant land in Winnipeg is not ready to come to market. That’s a civic issue that’s driving greater development and expansion to the RMs, which are very hungry for business. Where is that property and business tax revenue going? It’s an opportunity that’s being lost by the City. That should be a concern for residents,” he said.

“The reality is the money (to provide services) has to come from somewhere. If we can get it from commercial, then it softens the blow for residential.”

Next on Clay’s list is market competitiveness, including permit processing times and development fees. Both are crucial for attracting national and international retailers that are also looking at other major centres, but also keeping local operators from looking beyond the Perimeter Highway.

“Everybody should have a vested interest that we remain competitive to developers. We’ve seen a good influx of money come to the city for investment. The less competitive we are, the less attractive the market is to invest and develop and we’re put at a cost disadvantage,” he said.

Voters wanting to hear the goods straight from the horses’ mouths can take in the all-candidates forum at the Franco-Manitoban Cultural Centre on Oct. 4 from 7 p.m. to 9 p.m. Brad Oswald, “Perspectives” editor at the Winnipeg Free Press, will moderate. Peter Squire, vice-president of external affairs and market intelligence at WinnipegREALTORS®, said he has received confirmation that all eight candidates who threw their hats in the mayoral ring will be there.

Property taxes are top of mind for Squire. He said Winnipeg still has one of the highest residential tax rates based on assessed value in the country, twice as high as Calgary and five times as high as Vancouver.

“We want to know what (candidates) will do to keep the cost of running the city as low as possible so the property tax burden doesn’t impact affordability,” he said.

“Once you own a home in Winnipeg, the taxes can be very high. You can’t keep increasing taxes and not expect to see an impact. There already is an impact in our view.”

Another challenge lies in the data in the 2016 City of Winnipeg Population, Housing, and Economic Forecast, which predicted the city and surrounding area will hit 1 million people by 2035. Squire said developers will need to do more greenfield projects plus residential infill to handle the new residents.

“We need a more detailed strategy. How do we densify our city in mature neighbourhoods or downtown? We need to coordinate our approach with the industry that’s going to be building and developing all of those residential units. That hasn’t been made clear to the industry,” Squire said.