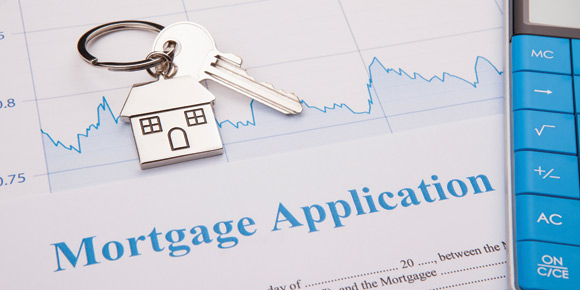 On October 2016, the federal government — with real estate markets in Toronto and Vancouver going through the roof — instituted a mortgage stress test.

The test, they said, was designed to protect home owners from taking on too much debt.

Consequently, anyone who put down less than a 20 per cent down payment on a home would be subjected to the test to ensure they could comfortably afford higher payments if and when mortgage rates increased.

Then, just over a year later in November 2017, the federal government expanded the scope of the stress test.

From that point on, all insured mortgages — not just those in which buyers had put down less than a 20 per cent down payment — would be subject to the test. As was the case previously, the stress test would apply to all markets in Canada — not just Toronto and Vancouver.

Roughly eight months after the imposition of the new — and more stringent — stress test rules, real estate sales have slowed down. Sales are not only down in Toronto and Vancouver, but they’re down across the board.

Not entirely, says Diane Macpherson, an Accredited Mortgage Professional (AMP) who advises and assists clients with mortgages on a daily basis.

“Yes, the local real estate market has slowed down, but I’d say it’s not due to the stress test alone,” she says. “Two percentage points in a stress test aren’t a big difference. It changes the ratio by only a little bit.”

So, what’s happening, then?

“What I’m seeing is move-up buyers wanting to move up, but not qualifying for the next house they want to move up in to,” Macpherson notes. “Now, when you put five per cent down on a mortgage, you then have to add another four per cent for an insurance premium.”

The consequence of that?

“It adds on to the mortgage amount so that you’re now financing about 99 per cent of the price of a house.”

Turns out the ramifications of that sky-high financing figure come to roost when a home buyer endeavours to sell their home in an attempt to move up to a better, more expensive home.

Here’s an example of what Macpherson is talking about.

Three years later — when the couple puts their home up for sale — they still owe $272,375 after making regular payments.

What exactly does this mean?

“People aren’t as ready to buy bigger as quickly as they used to be,” says Macpherson. “Several years back when people bought emotionally in a hot market, they overpaid for their homes. Because they now can’t make as much back for their home, they have to stay put for a longer period of time to get back the money they paid out.”

Macpherson says her advice for those looking to move up to a better home is simple.

“I tell them they’ll have to get rid of debt or somehow find a bigger down payment. Otherwise, they’ll have to stay put, and wait longer to find a way to move up to a better home.”

As it stands, it could be awhile before many home buyers in Manitoba have the financial wherewithal to move up.

Should the present stress test guidelines be maintained, Manitobans - as well as other home buyers across the country - will continue to be penalized by regulations designed to stabilize real estate markets in Toronto and Vancouver.