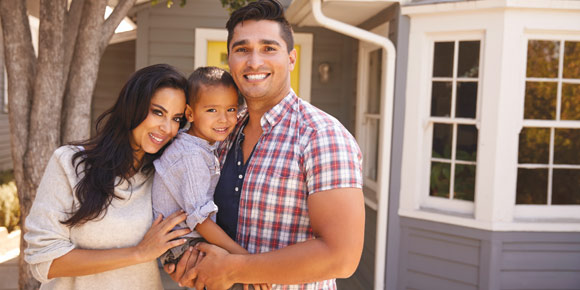 When coming to a new country, there is nothing like buying a new house to make you feel like you’re finally home.

And with 100,000 new immigrants expected to arrive in Manitoba within the next six years, people in the real estate market are going to be hopping to keep up with the demand.

New immigrants typically have to jump through a few more hoops to buy a house in Canada than long-time residents. First, they usually have to attain landed immigrant status before they’re allowed to purchase. And because they are unlikely to have a banking history here until they get off the plane, it can take longer to get mortgage pre-approval, too.

Part of the longer process is safeguarding to ensure that the money coming from another country is clean and not involved in any criminal activity, said Catherine Schellenberg, REALTOR®.

Once they’ve been given the green light, she said immigrant buyers tend to prefer newer houses in newer neighbourhoods such as Sage Creek, Royalwood and Bridgwater. The latter is particularly popular because of its proximity to the University of Manitoba.

“Bridgwater is getting the bulk of it. It has a variety of housing, from single-detached to multi-family and a number of different price points. It’s a one-size-fits-all neighbourhood,” she said.

It’s a good idea for Realtors to follow up in the weeks and even months after a new Manitoban has bought a home here because there’s lots for them to learn. For example, many of them come from countries where it would be ludicrous to have a furnace.

“Education is a big part of the purchase. Maintenance is important, too. Many of them arrived from very dense communities where they don’t have grass to cut. Then they move to Bridgwater and they have a massive amount of maintenance to do (compared to before). You’ll see lots of long grass and unkept flower beds. In my opinion, it’s the Realtor’s responsibility to connect them with people who can educate them or do it themselves,” she said.

Manitoba has lost more people to other provinces than it has gained since the mid-1980s but its population has grown for more than a decade thanks to the arrival of immigrants from countries such as The Philippines, Ukraine, China, Syria and a number of African countries.

Kourosh Doustshenas, REALTOR®, knows what he’s talking about because, after coming to Canada from Iran as a 19-year-old many years ago, he has been that new immigrant buyer.

In most ways, he said they’re just like any other client - they want to live in a good location in a good neighbourhood with close access to elementary and high schools.

“A lot of them are looking for French immersion programs because they’d like their kids to learn two languages,” he said.

You know, on top of the one or two they already know from their home countries.

Part of the education process is teaching them about the MLS® system, which can be far different from what they have experienced before.

“You have to explain to them that we have a central data service and you don’t have to work with four or five agents to find something for you. One agent has access to all of the information,” he said.

There are also some cultural differences with immigrant buyers that local Realtors should be aware of. For example, some of them are superstitious and might absolutely love a house but balk at it because the address is an unlucky number. (In some cases, appeals to change an address to a “better” number have been successful and the sales have gone through.) Other buyers want their house to face a certain direction so they see the morning or evening sun.

And in the Filipino community, it often takes a small village to buy a house as community members pool their money together - often in $1,000 increments - to help young people get their own place.

The good news is you don’t have to look too far to find an expert on some of these idiosyncrasies.

“I think we have a really good diversification within our (real estate) membership in Winnipeg. We have Realtors from Iran, all parts of Europe, South Africa, Russia, Hungary and Ukraine. I can’t imagine not being able to find a realtor who doesn’t speak the language of a new Canadian,” he said.