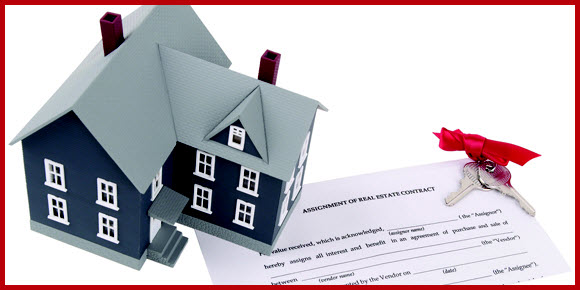 The past year will go down as a year that generated a plethora of real estate headlines, mostly associated with Toronto and its skyrocketing prices. But the prices eventually fell back to earth with a provincial government intervention termed the Ontario Fair Housing Plan, a package of measures the provincial government says has the goal of helping more people find affordable homes, increase supply, protect buyers and renters and bring stability to the real estate market.

The plan had a psychological effect, which contributed to slowing down sales. Then, as listings started catching up with decreased market activity, price growth also slowed down.  The average selling price for Toronto in 2017 still ended up 12.4 per cent higher compared to 2016.

Toronto’s hot and tumultuous market also captured the federal government’s attention, implementing a new mortgage stress test for uninsured mortgages as of January 1, 2018. It was done courtesy of the Office of the Superintendent of Financial Institutions (OSFI) and applies to federally-regulated financial institutions.

So what about the national resale housing market in 2017? Where does Manitoba fit in as well as WinnipegREALTORS® market region?

Here are some excerpts from the Canadian Real Estate Association’s (CREA) updated forecast for Canada in December, and there will certainly be more to come when final year-end numbers are released later in the month.

“Driven by sales trends in the Greater Golden Horseshoe, Ontario home sales have rebounded from the depths reached in the summer, but remain well below the peak reached earlier this year. Recently announced changes to mortgage regulations may be motivating some home buyers to advance their purchase decision before the new rules came into effect in January.

“Meanwhile, sales activity in British Columbia has improved. Supported by rising activity in the Fraser Valley and on Vancouver Island, sales for the province are currently running about midway between the record levels of early 2016 and the lows reached in late 2016.

“In the natural resource-intensive provinces of Alberta, Saskatchewan and Newfoundland and Labrador, sales activity is still running at lower levels and supply remains ample. As a result, average prices have flattened in Alberta and eased in Saskatchewan as well as in Newfoundland and Labrador, consistent with their elevated number of months of inventory.

“In Manitoba, Eastern Ontario, Quebec, New Brunswick, Nova Scotia and Prince Edward Island, sales activity has been steadily improving. Combined with shrinking supply, housing markets in these regions have firmed up and average prices have been making modest gains.”

Backing up CREA’s commentary about Manitoba’s market were the year-end numbers. MLS® reported that sales for all of Manitoba in 2017 were 16,742, which was higher than a record-setting 2016 when 16,718 sales were recorded. MLS® dollar volume was also higher at $4.6 billion compared to $4.4 billion in 2016.

WinnipegREALTORS® market region fell short of setting a new annual MLS® sales record. Last year, 1,525 MLS® sales transactions were reported. This total was down less than one per cent from the 2016 all-time record high of 13,632. MLS® dollar volume once again reached a new high of $3.92 billion compared to $3.78 billion in 2016.

WinnipegREALTORS® is holding its annual forecast breakfast on February 7 when more detailed information about 2017 will be revealed and explained. The breakfast will also look ahead to 2018 and make some projections on where the local MLS® market should be by year-end.

Headlining this special event, sponsored by Verico One-link Mortgage& Financial at Canad Inns Polo Park, is Will Dunning, chief economist of Mortgage Professionals Canada. Dunning is one of the country’s leading experts on mortgages.

Among the keen insights Dunning will provide — he has analyzed real estate markets since 1982 — will be weighing in on what he sees happening with respect to  the latest change to mortgage regulations in Canada. The new rule, which is in effect this year, essentially makes it tougher for home buyers with more than a 20 per cent down payment to qualify for a mortgage issued by a federally-regulated financial institution. Until January 1 of this year, only those putting fown less than 20 per cent were subject to the mortgage stress test.

It is important to understand that the low-ratio mortgages of 20 per cent down and more make up the lion’s share of Canadian mortgages.