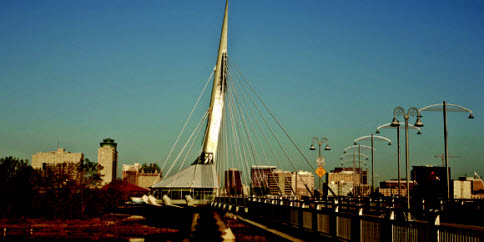 On November 15, 2017, important changes were announced for Manitoba’s immigration program, the Manitoba Provincial Nominee Program (MPNP).  Applications submitted prior to that date are not affected.

The business immigration stream will change considerably.  When it re-opens around January 2018, it will be similar to British Columbia’s Entrepreneur Immigration system.

Applicants will no longer have to pay a deposit.  Instead, successful candidates are invited to begin operating a business in Manitoba on a work permit. Then after a compliance period, applicants who meet the criteria will be nominated for permanent residence by Manitoba.

The main effect will be that candidates will be investing in active businesses in Manitoba earlier in the process than before.

Manitoba’s skilled worker immigration stream will change considerably and in many ways. Effective immediately, Manitoba has created an in-demand occupation list. Overseas applicants, who have work experience in such an occupation, along with the demonstrated language skills to work in such profession in Manitoba, will be selected in priority.

For the time being, the selection system for workers already in Manitoba will not change. But beginning in 2018, additional options will open for skilled workers who want to work permanently in Manitoba.

As of January 2018, there will be an express entry stream for Manitoba. Applicants must have work experience in an in-demand occupation and have completed a post-secondary education program of at least one year. They must have a connection to Manitoba (such as a family member or friend in Manitoba).  The official language requirements will be Canadian Language Benchmarks (CLB) 6 for National Occupation Code (NOC) level B occupations and CLB 7 for managerial or high skilled occupations.

There will be an international education stream for certain graduates of Manitoba colleges and universities with strong language skills of Canadian Language Benchmarks (CLB) 7 or higher. Graduates with a master’s degree or PhD in science, technology, engineering or mathematics (STEM) programs, who have completed an internship in Manitoba, will be allowed to apply to Manitoba for nomination for permanent residence, even without a job offer or further work experience in Manitoba.

For graduates from other provinces, they will be able to apply after 12 months of work, if it is in an in-demand occupation and it is related to their previous field of studies.

At a similar time, around July 2018, Manitoba will re-introduce the employer direct stream. It will allow qualifying Manitoba employers to offer a job to overseas candidates and seek permission for that applicant to apply immediately for Manitoba nomination without waiting to start work.

In most cases, the employer must have been actively involved in operations in Manitoba for at least three years with minimum revenues of at least $250,000 per year. The candidate must have at least three years of relevant experience in the occupation in the last five years.  Wages and working conditions must meet the local prevailing wage requirements. The English requirements will depend on the occupation. Low-skill work will require a minimum English or French level of CLB 4, managerial jobs will require CLB 5 and restricted occupations will require CLB 7.

For those interested in demonstrating their English skills, they should take an IELTS-General or CELPIP-General test. The recognized French equivalent is the TEF or TEF-Canada.

So Manitoba’s overall immigration numbers are remaining the same, but important changes on how candidates qualify for immigration to Manitoba are coming.

(Paul Hesse is an immigration lawyer and Partner at Pitblado Law.  For more information about immigration to Canada, email hesse@pitblado.com or visit www.immigratemanitoba.ca)