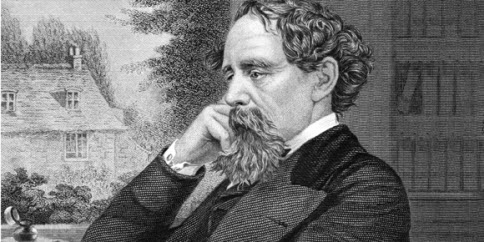 Was Charles Dickens, as claimed by the title of the newly-released movie, The Man Who Invented Christmas?

The answer is, “No.” But Dickens did aid the popularity of the then secondary holiday by self-publishing his novella, A Christmas Carol, on December 19, 1843. At the time, Easter was the main church holiday and Boxing Day was the main winter holiday in Britain.

The holiday’s revival was also given a boost when Prince Albert popularizing the use of a Christmas tree in British homes, a custom he brought from Germany. The idea of Christmas being a time for family and celebration was enhanced by the festivities held by Queen Victoria and her husband, Prince Albert.

Dickens’ classic story did inspire some seasonal foods such as turkey and gravy and made, “Merry Christmas,” a widespread express of the joy and charity during the holiday season in England and beyond, including Canada. The term had been used as early as the 1500s, but had been mostly forgotten until A Christmas Carol was published. Dickens’ focus on the holiday was humanitarian, influencing several aspects of Christmas that still continue — family gatherings, seasonal food and drink and a generosity of spirit.

The novella itself has been in continual publication since 1843. The initial run of 6,000 copies sold out by Christmas Eve, but Dickens was disappointed that it earned only £137 when he expected to net £1,000. It was a best seller, but it didn’t help Dickens’ bottom line. It was his fault, as it had first-rate binding and colour illustrations and a second-rate price tag in order to appeal to the masses.

A Christmas Carol has become a staple of the holidays, whether in its book form, or as a movie, TV or theatrical production. This year, until December 16, the Royal Manitoba Theatre Centre is performing an adaption of the famous story by artistic director and playwright Bruce McManus. The play is directed by Steven Schipper.

“With Ebenezer Scrooge, everything is, ‘Bah humbug,’ at Christmas,” according to the Royal MTC website. “But something shifts when the ghost of his business partner visits to save him from a bitter demise. Experience Scrooge’s epic transformation in this beloved tale of compassion, hope and redemption.”

Dickens’ first mention of “Bah, humbug” appears when Scrooge’s nephew invites him to celebrate Christmas at his home.

“‘A merry Christmas, uncle! God save you!’ cried a cheerful voice. It was the voice of Scrooge's nephew, who came upon him so quickly that this was the first intimation he had of his approach.

“‘Christmas a humbug, uncle!’ said Scrooge’s nephew. ‘You don’t mean that, I am sure.’

Scrooge’s nephew explained that he may be poor, but: “‘There are many things from which I might have derived good, by which I have not profited, I dare say ... Christmas among the rest. But I am sure I have always thought of Christmas time, when it has come round —apart from the veneration due to its sacred name and origin, if anything belonging to it can be apart from that —as a good time: a kind, forgiving, charitable, pleasant time: the only time I know of, in the long calendar of the year, when men and women seem by one consent to open their shut-up hearts freely, and to think of people below them as if they really were fellow-passengers to the grave, and not another race of creatures bound on other journeys.’”

In the first chapter of A Christmas Carol, Scrooge is visited by the ghost of his former partner, Jacob Marley, who was equally money-grubbing while he lived, but died seven years earlier. As a ghost, Marley was doomed to wander the earth, carrying a “chain ... of cash-boxes, keys, padlocks, ledgers, deeds, and heavy purses wrought in steel.” It was Marley’s punishment for not realizing, “Mankind was his business,” not the no-holds-barred accumulation of money.

Marley assured Scrooge there is a hope of redemption, if he abides the lessons to learn from the three ghosts of Christmas.

The characters and plot Dickens created were said to have been drawn from what he witnessed. He saw the squalid living conditions of workers in Manchester, as well as the destitute children at the Field Lane Ragged School. He wrote in an 1846 article: “The name implies the purpose. They who are too ragged, wretched, filthy, and forlorn, to enter any other place: who could gain admission into no charity school, and who would be driven from any church door; are invited to come in here, and find some people not depraved, willing to teach them something, and show them some sympathy, and stretch a hand out, which is not the iron hand of Law, for their correction.”

At the same time, Dickens read a report about the brutality of child labour. It was Dickens’ belief that employers should be held responsible for the welfare of their employees.

“This boy is Ignorance. This girl is Want. Beware them both, and all of their degree, but most of all beware this boy, for on his brow I see that written which is Doom, unless the writing be erased,” a ghost warned Scrooge.

Dickens’ own life also inspired his famous story. When he was 10, Dickens had to leave school because his parents could not afford the relatively cheap fees and went to work in a blacking factory. His father, John, spent three months in a debtors’ prison, an indication that the family had fallen on “hard times” (also the title of another famous Dickens book).

In writing A Christmas Carol, Dickens said he wanted to “strike a sledge hammer blow” for the poor.

The miser Scrooge had a dear and loving sister named Fanny, just as was the case with Dickens. Tiny Tim was based upon his own sickly nephew. Scrooge was said to be a composite of several people, including the eccentric money-lender John Elwes.

Dickens became obsessed with writing the novella (History vs. Hollywood website). The emotion of the story swept him up to the point that he “wept and laughed, and wept again,” as he “walked about the back streets of London fifteen or twenty miles many a night when all sober folks had gone to bed.” His obsession to complete the novella was so pervasive that he wrote it in just six weeks.

At the end of his novella, Dickens wrote: “Scrooge was better than his word. He did it all, and infinitely more; and to Tiny Tim, who did not die, he was a second father. He became as good a friend, as good a master, and as good a man, as the good old city knew, or any other good old city, town, or borough, in the good old world.”

“It was in creating Scrooge and Jacob Marley and Bob Cratchit and the three ghosts that Dickens stamped his impress forever on Christmas,” wrote Martin Fido in his book, The World of Charles Dickens.

Essentially, Dickens’ story has come to define the spirit of Christmas.