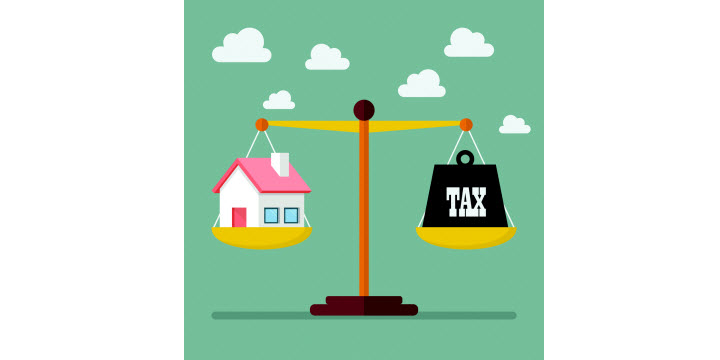 Established in 1903, WinnipegREALTORS® has a membership of over 1,900 individuals, who are active in all facets of real estate within Winnipeg and the surrounding municipal regions. It shares the concerns the Canadian Real Estate Association (CREA) has put forward in a submission to the federal government on its proposed tax changes to private corporations.

It should be stated that a number of REALTORS® have incorporated in Manitoba and have done so with the best intentions and in keeping with existing tax laws. Many of them are hard-working middle-class Canadians who do their best to provide for their families, while trying to put enough money away to provide for their retirement, as they do not have pensions to rely on like many other Canadians.

Fairness is something Realtors understand, as the real estate system they subscribe to is based on fair market value. So they can respect and appreciate a government whose objectives are to bring fairness to our tax system and close loopholes where they may exist. We support any measures taken to curtail abusing the current tax system.

If fairness is the overriding reason and guiding principle for bringing in these proposed tax changes, WinnipegREALTORS® makes the following points:

For one, a salaried employee, who works through a private corporation to earn an equivalent amount of income, is not an apples to apples comparison. As CREA points out in their submission, “It does not take into account all the factors necessary to operate a successful business through a corporate structure.”  You just cannot equate the two as being in the same category, and there’s a need to recognize the differences in how you treat them in the tax system.

Such a broad brush approach, as is recommended, does not recognize the unintended consequences of interfering with current tax planning. More targeted tax measures can curtail abuse of the tax system and therefore meet the federal government’s objectives of ensuring tax fairness for all Canadians, not just the ones who are being singled out by using private corporations.

These proposed changes will introduce and bring more complexity to the tax system and, therefore, will become more difficult to interpret and understand. As a result, it creates more business for independent business owners, such as Realtors.

CREA suggests: “If the government’s intention is to single out small business corporations, as opposed to the corporate sector more generally, then a simple adjustment to the DTC (dividend tax credit) to make the receipt of ‘ineligible dividends’ subject to more tax would be simpler to comply with, simpler to administer and more effective, because the government would be taxing the sector (it) purports to be going after, but not changing the system that taxpayers and administrators are accustomed to.”

There is obviously a far higher risk in running a family business, including using the collateral of a family home to establish and support a business, than working as a salaried employee. The federal government needs to understand this important distinction and see spouse/partners as integral to forming and running of a family business.

CREA contends abusive income sprinkling was dealt with back in 1999 by what was called a “kiddie tax” at the top marginal personal tax rate to dividends from private corporations to taxpayers under 18.

The proposed tax changes impose more complex rules on taxpayers, including many Realtors, and also create an administrative burden for Canadian Revenue Agency (CRA) auditors in applying subjective analysis of what should be considered reasonable under the “reasonableness test” for taxpayers. An alternative is to place restrictions on the level of employment, rather than trying to figure out reasonableness in the determination of tax implications.

CREA pointed out in its submission that the government “has always had the ability to cut back on the dividend tax credit to make dividends more taxable if certain types of dividends to certain categories of individuals are deserving of a greater tax burden. This was the approach with the ‘kiddie tax.’”

CREA further stated: “We, however, do not agree with a new subjective test for dividends that discriminates against private corporations and requires evidence of capital contribution and work and/or sweat equity. Similar rules are not found in small public corporations where anyone can be a shareholder and dividends are paid out to all shareholders without discrimination.”

Key excerpts from CREA’s submission makes it clear why subjecting private investment in a private corporation to higher taxes is unfair:

● Working capital (retained earnings) in a small business corporation is necessary for expansion, acquisition of capital assets and as a safety net in times of economic turndown.

Retained earnings that are invested one year in order to earn a return and not be left idle, may well be required the following year on an active basis.

● Working capital is just as necessary in a small business corporation as it is in a public corporation and is used for the same purpose.

Small business corporation retained earnings are the only means by which small businesses can hold and hopefully increase funds, both for current and ongoing business operations, but as well for the owner’s livelihood and retirement. Those who form private corporations do not benefit from employee perks such as paid vacation, pension plans, employer contribution to CPP, EI benefits, but rather use retained earnings to fund all employer and employee needs. Admittedly this is done on a tax deductible basis, but, nonetheless, these expenses must be paid by the small business corporation rather than by an arm’s-length employer.