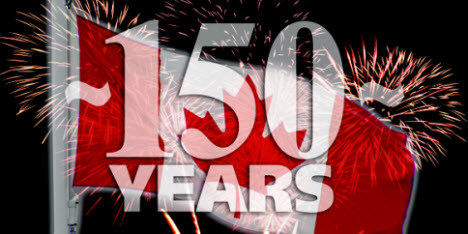 “What place is this?” asked Jacques Cartier.

“Kanata,” was the reply from the two Iroquoians.

The two youths, while aboard  French explorer Cartier’s ship during a 1535 voyage on the St. Lawrence River, had referred to the village of Stadacona as “Kanata.”

Domayaga and Taignoagny, the sons of Donnacona, the village chief, were directing Cartier to the Island of Anticosti when Cartier heard the name for the first time. Not quite understanding the true meaning of the word, Cartier believed that Kanata — Canada as he heard it — was the word for all the lands that Donnacona ruled, not just his village.

It was the beginning of confusion and misunderstanding that would plague aboriginal relations throughout the history of Canada, which culminated in the occupation of vast tracts of land formerly controlled by indigenous people, the disastrous blunder of attempting to “civilize” aboriginal children through church-run residential schools and the modern-day need to address the failed government policies that led to the destruction of aboriginal customs and beliefs. Canada is still struggling to be the all-inclusive nation that it has aspired to become since its creation. Also, Canada could never have existed without the participation of indigenous people in its formation from the days of Cartier to the present.

Perhaps, it was appropriate that the confusion of a name for a village came to imply a vast expanse of land. After all, what is a nation but a village, an intimate place where people share common aspirations and learn to live together despite their differences.

Remarkably, the Nor’Wester, the newspaper based in the Red River Settlement that would later become Winnipeg, had a rather progressive view of how First Nations people should be treated if Hudson’s Bay Company-controlled Rupert’s Land was taken over by the new nation of Canada. On July 13, 1867, it was stated that the policy adopted should “be one of conciliation and justice.”

The national “village” of Canada was founded by the Fathers of Confederation on July 1, 1867, under the premise of “peace, order and good government,” a term that implies how essential it is for all to co-exist in harmony within a village.

It is not always easy to live in harmony, since views may differ on important issues, or some may want to impose their own interpretations of a village upon others. Change is the natural order of any village as it is adapts to conditions. But it is how people accept and handle change that has the potential either to disrupt or bring harmony to a village. Canadians have seen their share of disruption in village life. Yet, despite approaching the very abyss of disaster, somehow we have managed to muddle through.

Prime Minister Sir John A. Macdonald called Canada “an experiment we are trying.”

Actually, the new village had its first experiment years before when French-speaking and English-speaking politicians realized that the common good of the village could only be promoted when everyone worked together. Robert Baldwin and Louis-Hippolyte La Fontaine led the movement toward responsible government — the Crown would act upon the wishes of the people, rather than imposing its will upon the people. They believed reform would remove the injustices that were created in the 1840 Act of Union. The significance was that the two men were leaders in linguistically different regions of Canada, but responsible government meant that, for the first time and despite language differences, the village could be united to respect each other’s uniqueness.

Parliamentary democracy was realized in 1848 when reformers took over the assembly and Governor Lord Elgin, appointed by the British government, acknowledged they represented the will of the people and asked them to form the government. When Lord Elgin made the Speech from the Throne in both English and French, the ideal of responsible government was achieved and the village could again live in harmony.

It was this early harmony that allowed for the creation of an even bigger village in 1867, gathering together other people who had never before aspired to join in such an experiment. George Brown, who loathed Macdonald, joined with his political foe to form the Great Coalition (George-Etienne Cartier was another member) that smoothed the process for enlarging the village. The trio knew that a village must grow or die. It may be a slow process, but its death is an inevitable outcome. And, it is sometimes necessary to step outside the village’s borders to ask others to join to ensure its existence. That is exactly what Brown, Macdonald and Cartier did when they crashed a party in 1864 that had called for the creation of a proposed village to comprise the then British colonial provinces of Nova Scotia, Prince Edward Island, Newfoundland and New Brunswick. They wined and dined the delegates to such a state of goodwill that they convinced Nova Scotia and New Brunswick to join their village.

P.E.I and Newfoundland hestitated, but they would join later when they realized how the village to their west had prospered. Manitoba became the fifth province in Canada with the passage of the Manitoba Act on May 12, 1870, although it didn’t officially become the newest province in the Confederation until July 15, 1870.

“Let us gratefully acknowledge the hand of the Almighty Disposer of Events in bringing about this result,” said Brown  upon the birth of the village of Canada on July 1, 1867, “pregnant with so important an influence on the condition and destinies of the inhabitants of these provinces, and of the teeming millions who in ages to come will people the Dominion of Canada from ocean to ocean and give its character in the annals of time.”

The creation of the new village was called a “supreme act of faith,” by historian A.R.M. Lower, since people of diverse interests and backgrounds had joined together in pursuit of a common goal — the establishment of a new nation in North America, free to fashion its own destiny.

Confederation was further described by historian P.B. Waite as “a gargantuan, grandiose, some might even have said a harebrained scheme. There were 3,500 miles between Newfoundland and B.C., but 3.5 million people in 1867.”

The “harebrained scheme” has successfully worked for 150 years, although sometimes the villagers have threatened revolt. “We may not assimilate, we may not blend, but for all that, we are still the component parts of the same country,” said Prime Minister Sir Wilfrid Laurier on December 10, 1886.