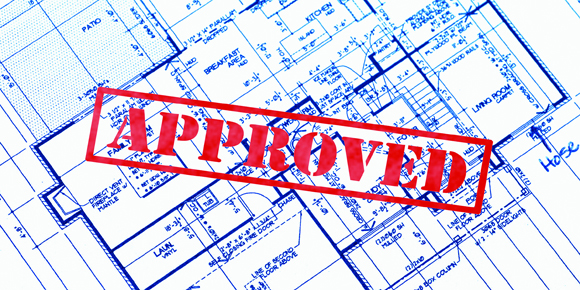 There has been a lot of talk about building permits over the last few years and it came up again at Mayor Brian Bowman’s State of the City address last week.

One of the most obvious reasons is that Winnipeg is a growing city and has been experiencing recent increases in the volume of building permit applications, particularly in year-over-year increases in home renovation permits at over 70 per cent. With the increases, it stands to reason that logistical and staffing issues emerge.

How do you meet the increased demand in a timely manner and also communicate what is happening with regard to improving the processing of building permit applications to key stakeholders and the public?

During his State of the City address, Mayor Bowman announced a new partnership with the Winnipeg Chamber of Commerce to help applicants with the logistics of the city’s permit process. Part of the impetus for this new initiative came out of a small business owners’ discussion about what could be done to help businesses in Winnipeg get up and running more quickly, as well as to facilitate the inevitable challenges relating to compliance and regulation.

However, there are also emerging business trends, such as business incubators, start-ups, pop-up businesses, etc., that need to be addressed.

How do you remove obstacles and barriers to create a more efficient and better process overall?

In their deliberations they set out three goals which are:

• An understanding of the decision-making process, including built-in accountability

As a result, this new partnership will result in what is called a “Permit Logistics Desk.”

“Delays in the permitting process impose costs to entrepreneurs and have an impact on all stakeholders, from the investor, the business, the architect, the engineer, and so on,” said Mayor Bowman in a press release about his address. “This pilot project is intended to help reduce or eliminate delays in the permitting process, delays that cost businesses time and money.”

Chamber staff working on the logistics desk — with client applicant authorization — will be able to monitor information pertaining to the city’s permit review processes. They will be able to work with businesses, as well as city staff, to ensure that clear communication is occurring  and support timely follow-up to permit issues.  Suggestions for improvement and training opportunities for industry can also be identified through this collaborative process.

During recent presentations, Stan Dueck, the city’s manager of development and inspections, told organizations, such as WinnipegREALTORS® and the Independent Real Estate Brokers of Manitoba,  that permit delays can often be the result of an applicants’ lack of co-ordination and follow-through  on  city-identified submission requirements or elements of non-compliance with code. Therefore, it is incumbent on applicants, tenants and building owners to keep on top of the process, which includes making sure that their team of professionals are not contributing to delays relating to their application.

Concern over delays and navigating the building permit is not a new issue, as Dueck and key permit officials have been meeting quarterly with an industry advisory group to identify and monitor city initiatives relating to residential and commercial building permits. They have set target timelines for residential and commercial permit processing times. The city publishes the targets and actual performance on its website for the various permit types and categories of complexity.

For example, for November/December 2016, new commercial buildings and additions submitted under professional seals and requiring limited plan examination were reviewed in a average of seven days, which is two days slower than the target review time of five days. In this same timeline period for alterations predicated on a change of use in the existing tenant space and involvement of a number of professional disciplines, the median turnaround time for a permit was 22 days, which was seven days off the target time of 15 days.

As for a residential permit application for new construction, additions or alterations, the median turnaround time for issuing a permit was seven days, which was days faster than the target time of 10 days.

The chair of the Commercial Division of WinnipegREALTORS® (the association is a member of the industry advisory group), Trevor Clay and executive council board member, Robert Scaletta, met with Stan Dueck and his commercial lead permit officials to discuss how commercial Realtors can become more proficient and helpful when advising tenants on dealing properly with their lease spaces with respect to occupational permits. One good illustration of how problems can ensue is when a potential tenant receives a verification-of-use letter and mistakenly thinks it is giving them permission relating to the building classification or compliance to this commercial space. In reality, it only pertains to zoning use and not the building code requirements.

There is optimism that, as a direct result of a productive meeting between the city and representatives of the Commercial Division of WinnipegREALTORS®, a good information piece can be developed which provides commercial Realtors with a better understanding of the application of the current building code to the occupational permit process.